The former Olympic long distance runner Robbie Johnston feels officials were a bit over the top in disqualifying him from the New Zealand Cross-Country Challenge in Dunedin last weekend for spitting. 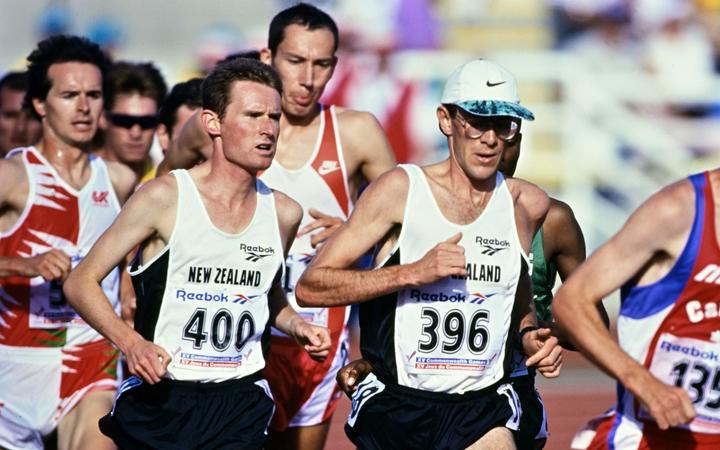 After winning the 50 to 54 age group, Johnston was told he had been disqualified for spitting during the race.

Because the event was run in Covid-19 Level Two, the competition guidelines stated that competitors should avoid spitting or discharging mucus from the nose close to other competitors.

Johnston says he doesn't actually remember spitting but is sure it wouldn't have been in an offensive manner near anyone else.

The 53 year old, who competed in the 92 and 96 Olympics, says he did know the guidelines were in place.

"I got told at the finish that I had been disqualified because I'd been seen spitting twice, but I found out later that you were suppose to get a warning like a yellow card when you're out on the course, so I never saw anyone waving a yellow card or yelling you've been warned for spitting, so I never had any warning."

"So I was a bit dumbstruck and I was with some other people and having a bit of a laugh about it thinking it was a bit of a joke and then I found out that I was the only one to be disqualified out of the 300-odd people."

Johnston admits that annoyed him as he had seen other athletes spitting.

"I thought am I getting picked on, am I being made an example of here for Covid regulations and it did say on that same information sheet that all officials would be wearing masks and gloves and there would have been a handful wearing masks so it just seems a bit inconsistent in the application of the hastily drawn up regulations I guess."

Johnston's view of the seriousness of his infraction was brought home later that night while he was watching the Warriors competing in the National Rugby League.

"After Roger Tuivasa-Sheck scored a couple of tries to see him wondering around having a couple of spits as he's walking back to halfway and you think playing league on a field like that there's more danger of picking up something compared to a wind swept golf course in Dunedin with a few runners running around it so that makes you think it's a bit blimin ridiculous."

Johnston says he's not too upset about being disqualified from the event which was orginially set to be the National Championships but was down graded as Auckland runners were unable to attend.

RNZ Sport understands that Athletics New Zealand is now looking into the incident.