NBA basketball players have agreed not to boycott the rest of the season after forcing the postponement of a slate of playoff games in a protest against racial injustice and police brutality. 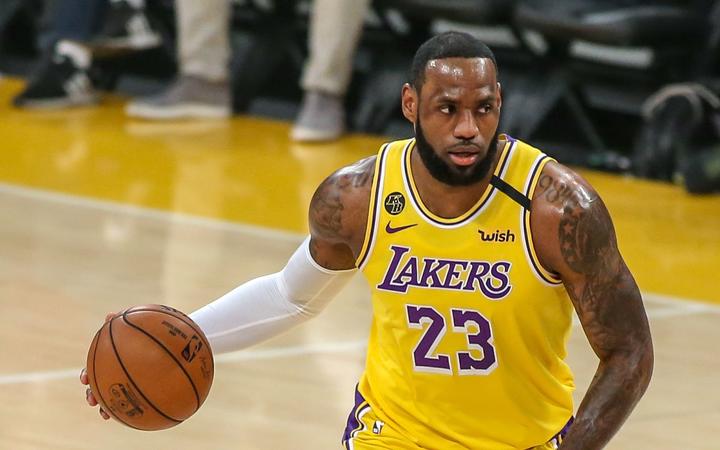 The police shooting of a Black man in the Wisconsin town of Kenosha has triggered days of violent unrest and riled US professional sports.

The NBA postponed all three playoff games that had been scheduled yesterday after the Milwaukee Bucks refused to take the court for Game 5 of their series against the Orlando Magic.

The Bucks players said in a statement they were unable to focus on basketball due to the events in Kenosha, which is located about 60km south of Milwaukee.

ESPN and the Washington Post reported that NBA players have decided to resume the playoffs after meeting among themselves in the bubble-like campus at Disney World in Florida, where the games are being played due to the coronavirus pandemic. The Post reported that players from the 13 teams still in the playoffs met yesterday and today.

The league has postponed the three playoff games scheduled for today, ESPN reported.

Since the NBA restarted its pandemic-interrupted season, courts have had the words "Black Lives Matter" painted on them and many players have worn jerseys with social justice slogans. NBA referees marched on Thursday around the Disney campus in support of the players, wearing black T-shirts with messages like "Everybody vs. Racism" and "Black Lives Matter."

Major League Baseball, Major League Soccer and the Women's NBA also postponed games yesterday, while two-time tennis Grand Slam champion Naomi Osaka pulled out of a tournament after reaching the semifinals in support of the protests.

Osaka has reportedly now said she will continue to lay the tournament.

Jared Kushner, President Donald Trump's son-in-law and adviser, said he planned to reach out to NBA star LeBron James of the Los Angeles Lakers today about the boycott to protest racial injustice.

James, a four-time NBA Most Valuable Player, wrote on Twitter: "Change doesn't happen with just talk!! It happens with action and needs to happen NOW!"

James, along with other NBA players and coaches, has been critical of Trump in the past. James called him a "bum" in 2017 after the Republican president rescinded an invitation for the NBA champion Golden State Warriors to visit the White House. James accused Trump in 2018 of trying to use sports to divide Americans.

"This moment demands moral leadership. And these players answered by standing up, speaking out, and using their platform for good," Biden wrote on Twitter.

Harris added: "It takes monumental courage to stand up for what you believe in. NBA and WNBA players, keep standing up and demanding change."

Athletes from around the world have united behind anti-racism protests sparked by the death of George Floyd, a Black man in police custody in Minneapolis in May.

Kenosha has been rocked by civil unrest and violence since Sunday, when police shot Jacob Blake, 29, in the back seven times at close range in an incident captured on video. Blake was left paralyzed by the shooting and is being treated for his injuries.