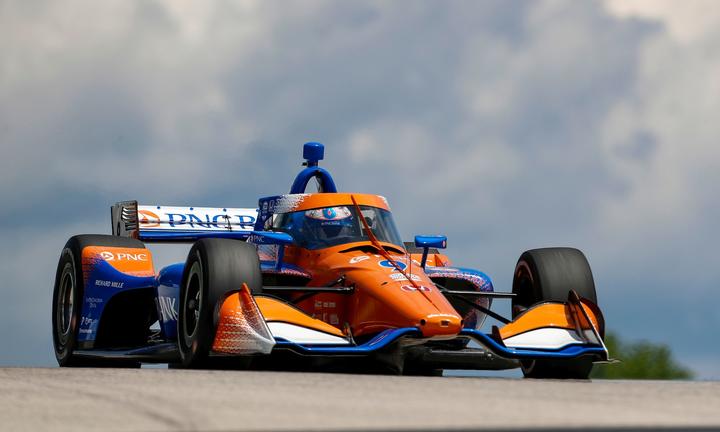 The overall Indy Car series is favourite to win the famous race and will start from second on the grid behind pole sitter Mario Andretti.

"We had to go through our front wings today just to make sure they're all close in case we need one in the race," Dixon said. "We lost some front grip, and we're trying to see if the teammates had the same situation. Apart from that, the No. 9 PNC Bank Honda felt really good and really fast. It pulls up wicked fast. Hopefully that's true when it comes to the race."

Takuma Sato, winner of the 2017 Indy 500, ended up fourth at 224.580 in the No. 30 Panasonic/PeopleReady Honda. He will start third Monday on the front row with Dixon and pole sitter Marco Andretti.

Pole sitter Andretti has been a fixture near the top of the speed charts in every session since practice opened, but he ended up 28th overall in the No. 98 U.S. Concrete/Curb Honda.

Alonso will start 26th on Monday as he attempts to become just the second driver to win the "Triple Crown" of motorsports with victories in the Indianapolis 500, Monaco Grand Prix and 24 Hours of Le Mans.