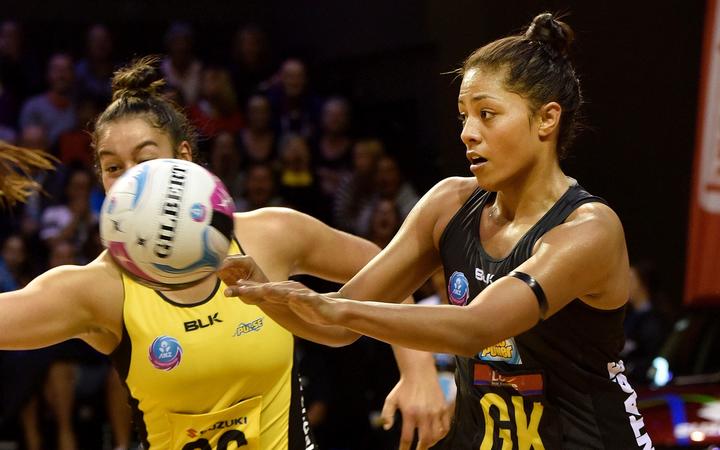 Kristiana Manu'a in action for the Waikato-Bay of Plenty Magic in 2016 Photo: Photosport Ltd 2016

The Lightning have beaten Giants Netball 58-57, after New Zealand-born defender Kristiana Manu'a was given her marching orders for a second act of rough play five minutes into the final quarter, when the Giants led 52-45.

They were forced to play the remaining nine and a half minutes with just six players and the Lightning outscored them 13-5 to snatch victory.

Manu'a had been suspended for two minutes in the third quarter after a clash with Sunshine Coast shooter Cara Koenen.

"That was quite a tricky game to play in. I don't think I've been in anything quite like it," Giants captain Jo Harten said.

Langman assisted on 17 of the Lightning goals and provided 30 feeds into the shooting circle.

The result sees the Sunshine Coast Lightning join the Melbourne Vixens and NSW Swifts at the top of the Super Netball ladder, while the Giants remain sixth in the eight competition with just one win from five games.