The Newcastle Jets have ended the Wellington Phoenix's hopes of a top two A-League finish. 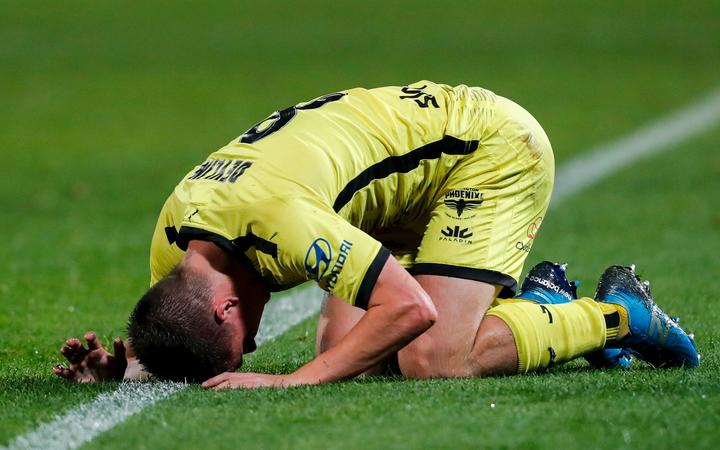 The Jets have beaten the Phoenix 3-0 in their final regular season match in Sydney to leave Wellington third on the ladder.

It means the Phoenix will play an elimination final next weekend rather than earn direct entry to the semi-finals.

Phoenix coach Ufuk Talay had mixed feelings after the defeat.

"Disappointed with the result. Look we did enough in the first-half to win the game, didn't capitalise on the opportunities that we created," Talay said.

"[But] very proud of the group, proud of what they've achieved and we'll be playing finals football which is most important for us."

Talay refused to point the finger at the referee after the Phoenix had two penalty claims turned down after incisive runs from right back Callan Elliot.

"For me it's all irrelevant. We could talk about the referee all day and all night to be honest but at the end of the day we lost the game three-nil and we'll look at it, the players will learn from it and we'll prepare for the finals game." 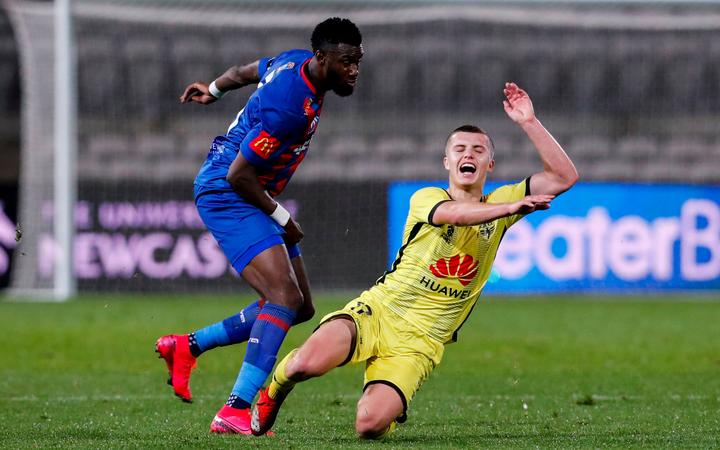 Phoenix right back Callan Elliot is fouled in the Phoenix's 3-nil defeat to the Newcastle Jets Photo: Photosport Ltd 2020

The Phoenix have won just one of their six games since the A-League restarted, drawing two and losing three.

Talay unsure if it's lockdown fatigue.

"I don't know because the boys were in great spirits leading into this game.

"It's not easy being in the hotel for eight weeks, but we'll try to keep their minds fresh leading into this finals game."

And the coach told his players to keep their chins up following their latest defeat.

"I spoke to the boys after the game and I said 'look disappointed that we lost the game but for me the performance was most important tonight leading into the finals series'.

"And I think in the first half we totally dominated against Newcastle and created enough opportunities to win the game. 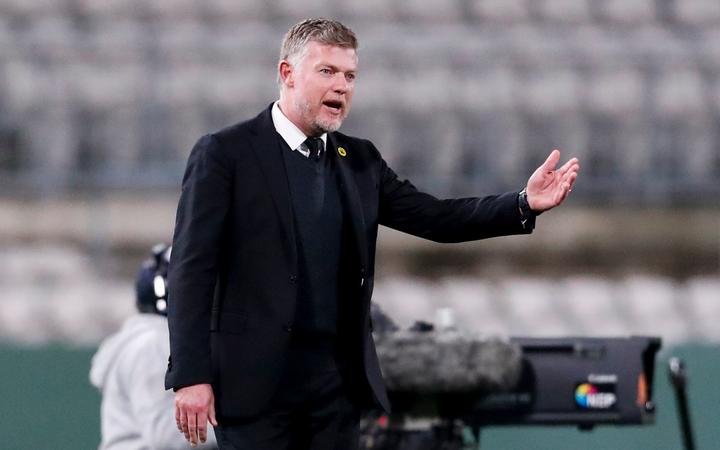 "But that's football sometimes, you go 1-nil down and the boys started to chase the game, which opened up a little bit.

"But like I said for me the performance was most important tonight and I think we did it well for 45 to 60 minutes."

The Phoenix have scored just five goals since the competition resumed and just one in their last three.

"It's good that we're creating. If we weren't creating I think that's a problem," Talay said.

"We are creating chances it's about now being composed in front of goal and executing the shot on target or shot on goal."

Wellington will now wait until Wednesday night to find out who they'll play in their elimination final.

"We've played against eachother a lot this season so the preparation will still be the same whether we find out who we're playing,"

"The most important thing was making the top six and the group has achieved that and once we find out who we're playing we'll prepare to go out there and win that game."