When Linda Vagana first made the Silver Ferns' wider squad in 1990, a newspaper headline came out that nearly got her in trouble with her family. 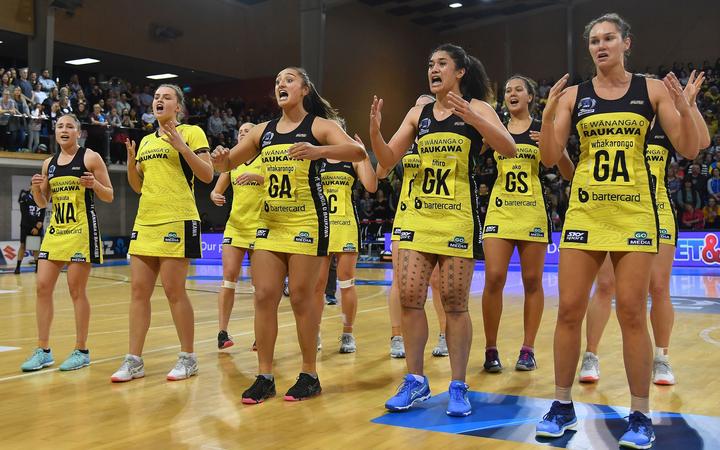 The Pulse perform a Haka after their ANZ Premiership Grand Final win on the 3rd of June 2019. Photo: PHOTOSPORT

"There was a headline that said 'Sunday netball no bother' because I had shared the fact that I was very fortunate to be still doing something that I loved on a Sunday, these were skills that God had imparted on me, and I was going to use it every opportunity, which was quite different at the time," Vagana said.

Her family was fine with her playing netball on Sundays, but still her father was a church minister and it was pretty topical at the time.

"You had the likes of Sir Michael Jones and Ana Noovao (former Silver Fern captain) who were at the peak of their careers and decided not to play on Sundays. So there were different views there and when that heading was done... I almost got in trouble for that article coming out."

Vagana can totally identify with a new study that has found that Māori and Pasifika players are having a growing influence on the culture of ANZ Premiership netball teams.

Several ANZ Premiership coaches and players who identify as Māori or Pasifika were interviewed for the University of Auckland report commissioned by Netball New Zealand.

Four of the six teams have Māori or Pasifika coaches and report author Elizabeth Lotoa said that had meant franchises had a better understanding of those cultures and beliefs.

"I was very fortunate to have in my first term with the Silver Ferns, a coach that understood who I was as a person and who we were as a family growing up in Auckland and being part of a very religious family and accepted that. And as we got our South African friends, with Irene van Dyk and a lot of our Māori and Pacific girls who were already in there, we did get together and have a prayer or have a bible study and it's something that's a huge part of all Pacific teams regardless of what sport."

Vagana, who coached Samoa for several years, said coaches could be key for setting the tone in that area.

"When you've got some of your Māori and Pasifika players looking up to and recognising that they've got someone that looks like them at the helm or someone that understands them, that's really neat.

"It's an equation that's really hard to get right and I think netball are getting there and celebrate the fact that we've got some diversity in the coaching level because it's something that's been missing for a long time."

Vagana also likes the fact that players are starting to share their culture with the public.

"I get sort of a little teary eyed just watching it and knowing that that's something that we've been a part of because you really do recognise that you step into the realm of the public arena and particularly in a sport that we love and you recognise all those that went ahead of you.

"And just love the fact that we've got a whole lot of different cultures that are now coming in and it's neat to have a platform where that can be expressed." 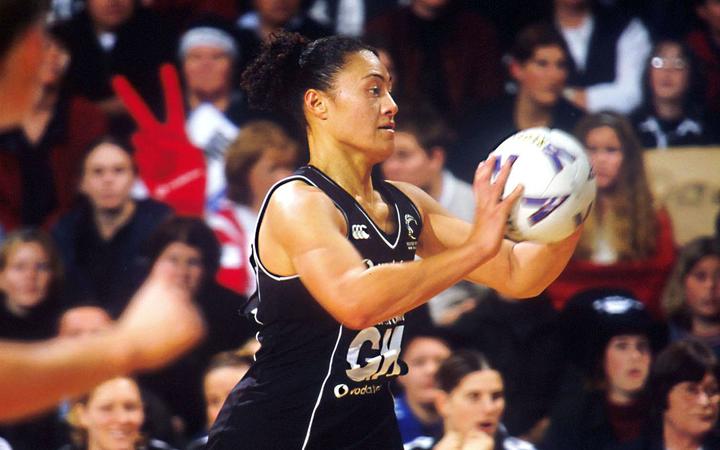 The research highlights the values those players and coaches bring to their teams, along with their playing style, and argues it is having a positive effect on the competition.

Elizabeth Lotoa said teams based in regions with more Māori and Pasifika people - were the ones that tended to embrace those cultures more visibly.

She said the Wellington based, Te Wānanga o Raukawa Pulse, had been leading the way and it was beginning to rub off on the other teams.

"They performed their haka last year when they won the premiership, they take te reo Māori classes, they include te reo on some of their training bibs and they also host the pre-season tournament at Otaki with Te Wānanga O Raukawa so I think teams being able to participate in that during the pre-season and also see them lead the way, it's been really influential," Lotoa said.

She said manaakitanga was one of those principles.

"So that's really about how we look after other people, value them, how we engage with our fans, making sure we give quality time particularly to the young kids. And also when we host our opposing team, letting them eat first, making sure that they're first, all those sorts of things to make sure that we provide a place where people feel welcome.

"They are really small things that you would I guess take as just being good people and being courteous but really wanting to drive the expressions of what we deliver."

McCausland-Durie, from Ngāti Awa, said it was really about embracing diversity in culture across the board, in a team that includes South African-born Silver Fern Karin Burger.

"So we encourage her when we do mihi on the marae or wherever we are that we're expected to mihi that she does that in Afrikaans and so just giving people that level of comfort that whatever they are in terms of their diversity, that they're able to express that and we're really encouraging of difference and diversity of culture."

She said there has been a tendency to generalise Māori and Pasifika players as having 'natural flair', which can sometimes disregard their skills and have connotations of being unreliable and inconsistent.

But she said the coaches she spoke to believed that flair was a huge asset to the team.

"Particularly Amigene Metcalfe (Waikato Bay of Plenty Magic coach) noted that being able to harness that Pacific flair and incorporate it into the New Zealand style of play in the ANZ Premiership has brought a whole different aspect to the game," said Elizabeth.

"I think that's an area that there could definitely be further research into, particularly if you were to look at actual game footage and kind of look at that and try to identify that style of play and how that's been successful and kind of contributed to the success of New Zealand netball in general."

Southern Steel coach Reinga Bloxham said athleticism was already there for Māori and Pasifika players a lot of the time.

"I've seen so many talented players and quite often they get labelled as being lazy or relaxed or you know, too casual.

"But I think that's actually part of our culture and us not wanting to be putting ourselves... some people don't know how to put themselves forward like that. So they quite often will sit back and be perceived as being a bit too laid back but actually... you just have to be able to tap into that potential," Bloxham said. 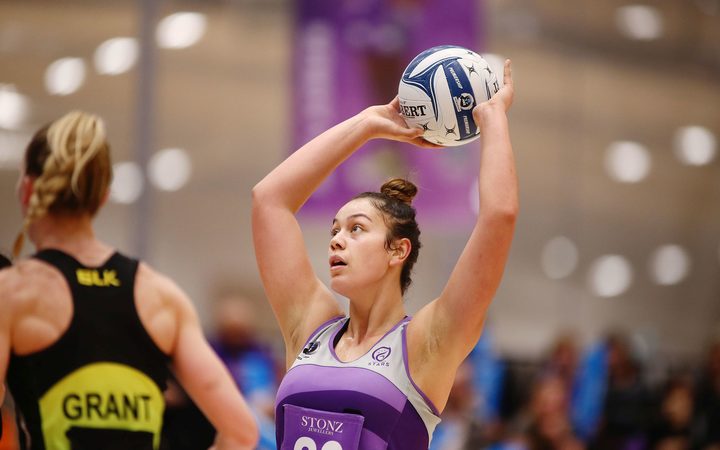 "Almost all the participants noted that they were influenced by their mothers or aunties or sisters or somebody in their family and they wanted to be like them or carry on playing just like them.

"I think that flows on into the desire of players and coaches to include that whānau feel within the team because they know that that's what influenced them to participate in netball in the first place."

In the study Silver Ferns' shooter Maia Wilson explained the ongoing influence of her family.

"My success is not mine alone. It is definitely a collective achievement from my parents who have dedicated the time and money because sport is so expensive. And the sacrifices that my whānau as a whole have had to make to get me to where I am today, I am very grateful it paid off because I bet you I would've heard it if it didn't," Wilson commented.

Waikato Bay of Plenty Magic player Whitney Souness believed that holding close to her Samoan roots brought some sort of influence to her team.

"I was always taught to give thanks to God for where I am today, stay grounded and make sure I take my family along for the journey with me. These three things are important aspects of my life I hope people will see and know about me," Souness said.

One of the participants in the study said in her first year with the Northern Mystics she was able to connect with team-mates through a prayer group they had set up.

Elizabeth Lotoa said there was also discussion about how there could be more done to further incorporate Māori and Pasifika culture in a meaningful way.

She said there was a growing belief that when players felt they could openly take part in expressions of their culture, it led to success on the court and believes more teams will incorporate further aspects of those cultures.

Vagana said she loved the direction things were heading.

"I think I was very lucky to be part of teams where there were a lot of us who were very similar and now as the girls are able to display that in a more public way which is really cool," Vagana said.