New Zealand pole vaulter Eliza McCartney has gone high-tech in an effort to keep persistent injuries at bay and enable her to get to next year's Olympics. 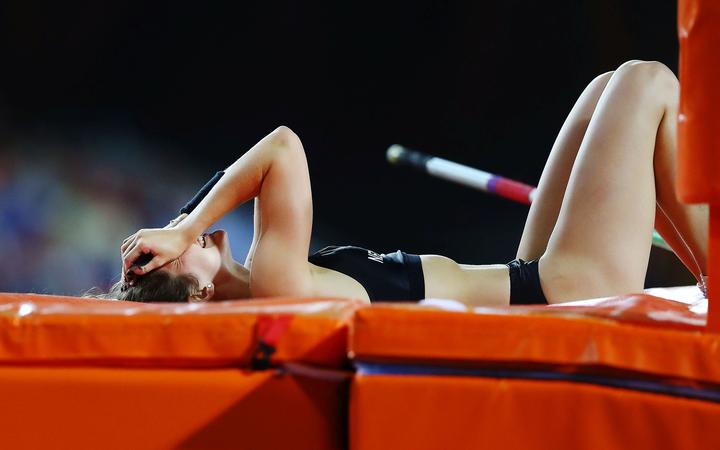 Since winning a bronze medal at the 2016 Rio Olympics, the 23-year-old has seen her career blighted by injuries.

Achilles problems affected her build-up to the 2018 Gold Coast Commonwealth Games where she finished second.

And 2019 was almost a complete washout which meant she didn't compete at the World Championships in Doha.

However, late last year she revealed that the cause of her problems might be a genetic disorder. 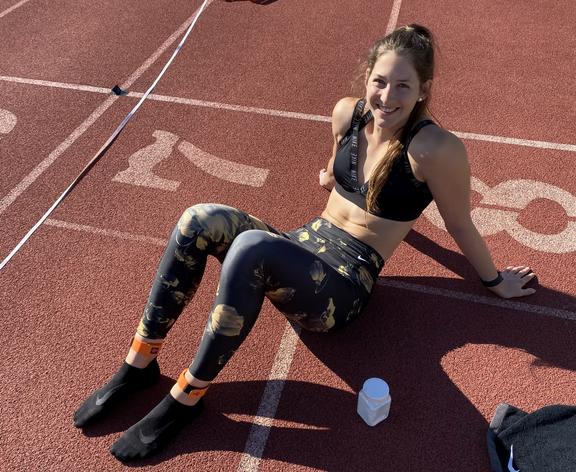 Since then she's changed her training approach again and is now using "I Measure You" bands on her ankles that measures the load that she puts on each leg.

"They measure the impact of my lower limbs which allows us to see if there is more force in one leg than the other."

"My biomechanist, physio and coach have all been very interested in the data which then means we can see how my training is affecting my body and therefore we can make adjustments."

McCartney said one of the areas of interest was the total impact load she was undertaking each day and whether that needed to be adjusted.

"Initially we used the data in my rehab process, but now we use it to see if there are trends or if things change which can indicate a potential risk of injury.

"You don't want too many spikes in your total load."

I think this may be the first time I’ve completed a jump over a bar in 10 months. Safe to say I’m a little over the moon It’s been quite the ride to get to this point but it’s funny to think I probably wouldn’t change a thing. Lucky to have the support of @imeasureu to get me back up running again too. You always need a bit of help and I’m so grateful to have so much support from @nz_pole_vault @athleticsnz @hpsportnz and everyone else who relentlessly believes in me. Thank you ❤️

"It was really exciting because it was the first time that I felt I was back and in good shape and able to vault again, it really gave me some confidence."

She is having some down time now to rest her achilles which flared up a little following the camp.

McCartney realises that her achilles issue is something that she'll probably have to live with, but is okay with that.

"I'll have to train a little smarter and make sure I don't put myself in risky periods where I could get a return of the achilles symptoms so we are looking at ways of adjusting training, but it's early days and we have plenty of time."

"We learn every time that something works or doesn't work because we have these new ways of collecting data and with the team around me I do have a lot of confidence.

"I don't know how long it will take but I feel confident that in time things will be much more manageable and there is reason to be optimistic because I'm only 23 and hopefully have a number of years ahead of me."

Infact the target is December when the Olympic qualifying period will open up again.

She needs to reach a height of 4.70 metres to get an automatic qualification for Tokyo, that's well below her best of 4.94 metres.

McCartney said her aim is to compete over the New Zealand summer and gain an Olympic qualification and until that's done she won't focus on much else.