The New Zealand Breakers are preparing to potentially follow in the footsteps of the Warriors and Phoenix and spend the entirety of the upcoming Australian NBL basketball season based across the Tasman. 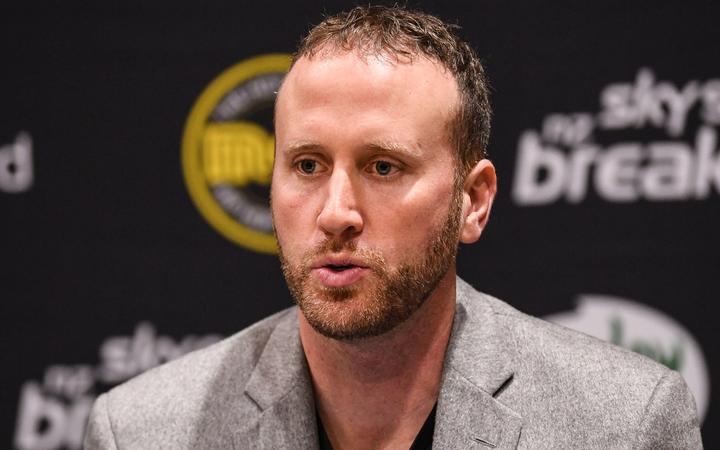 As it stood, the league was set to start as scheduled on 3 December.

But Australia's continued struggles with Covid-19 was putting question marks around both that start date and the location for matches.

Breakers boss Matt Walsh said they were looking at three scenarios for the season.

"One, is us being stationed in Australia for the whole season; two, is us playing all of our home games to start the season and Australia teams coming over if there's a way to make that work; and, three, the season being delayed and trying to put it off in time for the bubble to open."

While preparing for the need to be based for the whole season in Australia, the Breakers were equally keen on the prospect of the Australian clubs doing the same in New Zealand.

The solution found by the NBA in the US was to base the teams inside a "hub" in Orlando, Florida.

Walsh said he was strongly endorsing New Zealand as the potential "hub" for the NBL.

"It's the only place in the world we can do safe travel and have zero risk of coronavirus, and I think it makes a lot of sense.

"We do have the ability to push the season back all the way to a February start and still get a full season in."

A potential New Zealand hub was also well and truly on the radar of some of the Australian teams.

Walsh said a number of clubs were investigating the possibility of making New Zealand cities their hub cities.

"It makes a lot of sense if you're a Melbourne team, you come station yourself in Wellington or Christchurch and you probably get some good crowds if you play some home games there.

"There are real discussions happening around that."

Meanwhile, the Breakers ability to pick up high level imports was being boosted by New Zealand's success handling Covid-19.

On Tuesday, the Breakers announced the signing of former NBA player Lamar Patterson, who had been an Australian NBL standout over the past two seasons for Brisbane.

Walsh said they were searching for one more import and acknowledged New Zealand was an attractive prospect for top overseas players.

"It's a very easy conversation when you say we're the only place in the world you can come to and there's zero Covid basically. I mean it certainly helped with Lamar.

"I think it's going to help with our other import. New Zealand has been very well publicised about how well we've done in the US market so it's making it more attractive."