The Waikato Bay of Plenty Magic pulled off their first win since the opening round of the ANZ Premiership way back in March by beating the Southern Steel 37-36 in Hamilton last night. 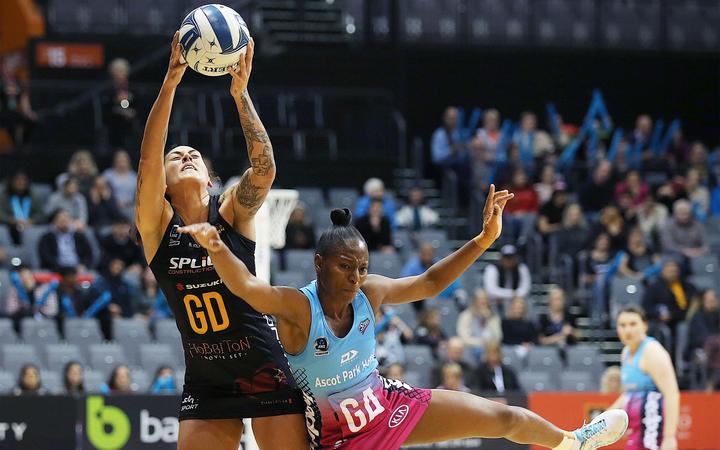 They finally finished on the right side of a tight game, having had two draws and a one-goal loss this year.

After eight rounds the two sides are now on equal points at the bottom of the table. The Pulse are sitting clear at the top.

The big battle looming is the one between the Mainland Tactix and Northern Mystics as they vie for the second spot in the grand final later this month.

Recall on the cards for Sam Winders?

Sam Winders missed the cut for the Silver Ferns' World Cup team last year and it won't be easy to force her way back in, with the depth in the midcourt so strong at the moment. But she's been back to her best in this year's ANZ Premiership and will be closely looked at by the Silver Ferns' selectors. Winders is equally adept at centre as she is at wing defence and she's one of the best loose ball getters in the country. But it's also her ability to get crucial clean intercepts in the dying minutes that really sets her apart from others. She's done that in a few of the Magic's cliffhangers and last night she was rewarded for her efforts when the Magic shooters held their nerve in the final minutes.

Game of the round: Northern Mystics beat Pulse, 44-42

When Elisapeta Toeava has a good game, generally the Mystics play well and that was on display when the Mystics upset the defending champion Pulse. Her feeding into Grace Nweke was breath taking at times and Nweke caught and shot just about every ball that came her way, earning her the MVP. The experience of Phoenix Karaka and Sulu Fitzpatrick on defence was on show in the later stages of the game, when they didn't give an inch to the Pulse shooters. It's easy to imagine the Fitzpatrick-Karaka combination going well at the Silver Ferns' level. The Mystics snapped the 11-game winning streak of the Pulse but the defending champs won't panic. The Pulse lost two games last year in the lead-up to the grand final. In fact their last loss was in the final round of last season, also against the Mystics so it's not unfamiliar territory.

It was the first round of the decentralised matches and the Tactix played probably their best game of the season when they beat the Northern Stars 52-42 at Horncastle Arena in Christchurch. It's the only home game the Tactix get this season and they made the most of it in front of a record crowd on Thursday. Last night the Waikato Bay of Plenty Magic beat the Southern Steel by one goal in their side's second game of the round in Hamilton to finally pick up their first win. The home court advantage didn't quite work the way of the Central Pulse on Sunday, when the Mystics upset them in front of a full crowd in Porirua. After the match captain Katrina Rore said maybe the side felt too relaxed at home.

Comebacks on the cards?

Former Tactix player Gemma Etheredge (nee Hazeldine) was brought in as cover for the injury depleted Southern Steel for round eight. Etheredge last played elite netball in 2016 as a member of the Tactix before taking time away from the game to start a family. In a post-match interview Etheredge said she loved the high performance environment and relished keeping fit. She's been playing club netball and also plays basketball at a high level. When she played for the Tactix she would be brought on as an impact player at goal attack. Her lack of height was always going to be a barrier for her to cement a starting spot in the goal circle. But she was one of the more dynamic players in the league and her skills could have been utilised better if she was at wing attack or centre. In fact she did get five minutes off the bench on Saturday in centre and looked good. Hopefully the 27-year-old will get a second opportunity in the elite ranks. Former Silver Fern Ellen Halpenny has also been brought in as injury cover at the Steel and after retiring last year, has looked like she's enjoying herself in the shooting end.

Other results from the round: