Veteran Silver Fern Laura Langman finally got her season in Australia off the ground over the weekend ín winning fashion. 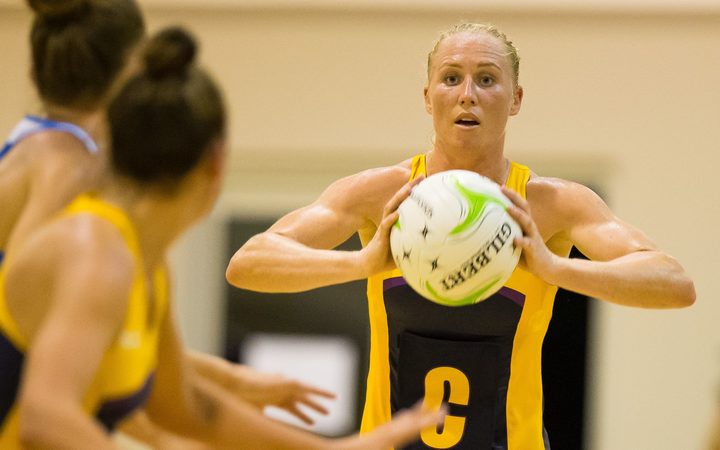 The competition organisers had to make fixture changes as late as last Wednesday, with the Covid-19 situation deteriorating in Victoria and some other parts of the country.

That forced league organisers to re-locate all the games to Queensland, for at least the first part of the season.

Langman admits it was a relief to finally get on court.

"I remember sitting in the changing room and being like 'oh God, we've still got half an hour and things could change' so we're really grateful that we're one of the few women's elite sports that's going ahead this season," Langman said.

A lot of the focus leading up to the competition has been on the introduction of the controversial two-point shot.

When league organisers announced five weeks ago that it would be in play for the last five minutes of each quarter, it was met with huge opposition from most die hard netball fans.

The shooters can score two goals with one shot from a 1.9 metre designated zone in the goal circle.

Some players have come out strongly against it.

Langman was philosophical and said the change might not be as dramatic and some imagined.

"With all kind of rule changes sometimes you have to get a feel for it before you can really give a reasonable comment.

'"I was always of the perspective that it wasn't affecting the middies so to speak and I think it showed in the game, the range of the two point shot it's actually a mid-range shot for shooters anyway so it wasn't too extreme."

Her Lightning team-mate and Diamonds' shooter Steph Wood was the standout from the two-point zone over the weekend.

The 1.9 metre designated zone is wider than the dimensions used for the two goal points in Fast5 and Langman said it was already a comfortable distance for a lot of shooters.

"It wasn't a range that would make the shooters double think 'should I put this up or not' so I think that was more the debate around it. If we wanted the two-point shot to be breathtaking like it was in the bush fire relief match then the dimensions would have been those dimensions."

As for the now retired Silver Fern great Maria Folau, Langman thinks the long bomb specialist "would have loved it."

Langman said how well teams contend with tight turnarounds between fixtures this year, was more likely to have an impact, than the two point shot.

"I think it's really going to test the depth of teams. And you somewhat see it in the ANZ Premiership, where you see teams have a really great win on the Sunday and then they go down by a big margin on the Monday.

Langman first joined the Lightning in 2017, when Dame Noeline Taurua took the side to the inaugural title.

Langman, who is enjoying the climate and lifestyle on the Sunshine Coast, isn't sure when she'll be back in New Zealand next.

"Obviously Covid really has made it a little bit tricky to flow in-between. I'm just really eager to get stuck in and when we get to the end of that we'll reassess. But the ability to get back to New Zealand and then to get back here is somewhat challenging currently ...we're just going to have to assess it when we get to that point in time."