Dan Carter has conceded he might not appear for the Blues at all in Super Rugby Aotearoa, with the side only having one more game remaining in domestic competition. 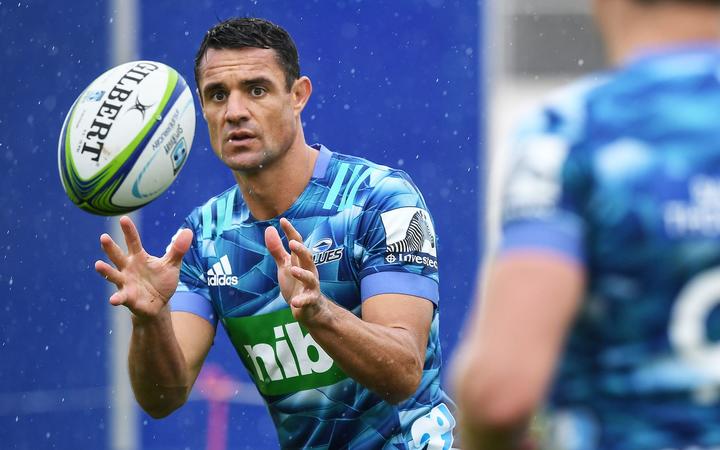 The 112-test former All Blacks first five, 38, signed for the Blues as injury cover and had been pencilled in on their bench for a 18 July match with the Wellington Hurricanes. Carter, however, suffered a calf strain and was forced to withdraw from the matchday squad.

In a social media Q&A session, he said his expectations of getting game time had been low in any case before the injury.

"I wasn't really expecting to (play) to be honest, unless there was an injury to Beauden (Barrett) or Otere (Black)," Carter said.

"Both of those boys have been on fire over the past couple of months, so I'm happy to just contribute and helping out the team whatever way I can."

Carter added that his "old-man calves" were feeling good and he had done a bit of recent running, but he recognised that his injuries now take longer to heal than previously.

The Blues have this week off before they finish the season against the Canterbury Crusaders on 16 August, a potential title decider if the Christchurch-based side lose to the Otago Highlanders on Sunday.

Blues assistant coach Tana Umaga, however, said there were no plans to give Carter a fairytale return against his former team if he was not fit.

"I don't think that's fair to him, fair to the team, or fair to the people. He knows his body better than anyone."