The Northern Mystics have ended the Central Pulse's 10-game winning streak in this season's ANZ Premiership with a 44-42 victory in Porirua on Sunday night. 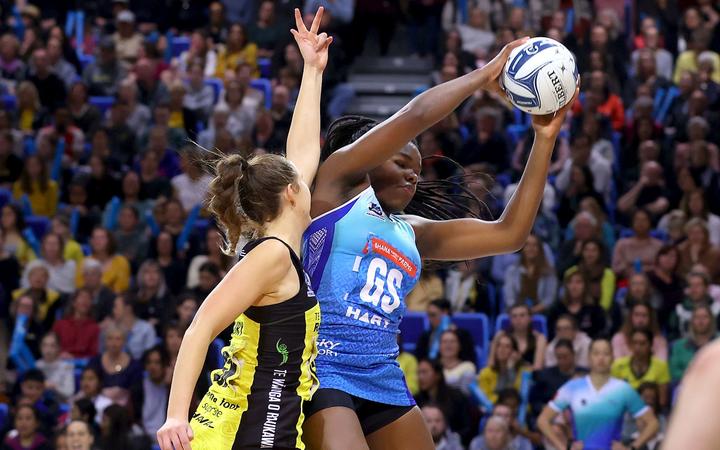 The Mystics outscored the hosts 14-7 in the final period to secure the crucial win as they keep their sights set on a grand final berth and their two-goal victory is timely with just two rounds remaining.

Shooter Grace Nweke netted 38 of the Mystics' goals in another accurate performance.

At the other end of the court the Mystics' dogged defence rattled the unflappable Pulse shooting circle with three missed attempts in the fourth quarter allowing the Mystics to gain momentum.

The Pulse, playing in front of a home crowd for the first time this season, absorbed early pressure from the Mystics and surged late in the first quarter to go up by two goals, leading 10-8 at the break.

The patience of the Pulse up front gave them another edge as they went into the main break with a 23-20 lead.

With only three goals between the two teams, all eyes were on the Mystics to see whether they could remain in-step with the competition leaders.

A four-goal lead suggested the Pulse was ready to pounce but a desperate Mystics side was not ready to lie down.

Two quick goals in succession kept the Mystics in the hunt as their confidence up front continued to grow and the scores were locked with just over five minutes on the clock.

The defensive pressure on the Pulse's shooting combination was telling as the hosts were forced into error and the Mystics capitalised at the other end. 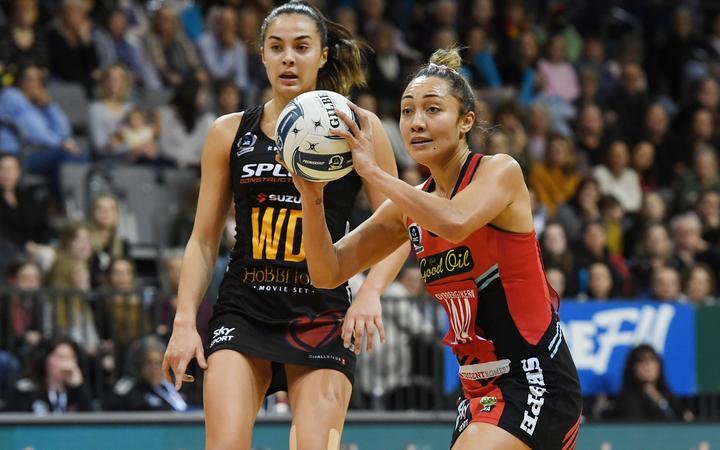 In the earlier game, keen to consolidate their second spot on the ladder, the Mainland Tactix banked maximum points with a hard fought win on the road.

A strong first and fourth quarter paved the way to a 44-35 win over the Waikato Bay of Plenty Magic in Hamilton on Sunday.

It was their second win of the round and while captain Jane Watson was pleased to net the eight competition points, she was left frustrated that her side gave the Magic a sniff of victory.

The hosts were left wondering what may have been after grinding their way into contention in the second and third spells but fell short in critical moments in a decisive fourth quarter where they netted just three goals.

It was the Magic's first game at home this season and they were desperate to perform for their fans - the Waikato cowbells ringing from the stands.

Coach Amigene Metcalfe reverted to the more familiar shooting combination of Kelsey McPhee and Abigail Latu-Meafou while Erena Mikaere was given the nod at goal defence with Georgia Tong at the back and Holly Fowler on the wing.

It was a settled line for the Tactix which made the first break on the scoreboard to lead by three goals mid-way through the first spell.

A string of four goals for the Tactix late in the quarter silenced the ring of the bells as the visitors led 15-10 at the break.

A messy period of play late in the second quarter, ignited by Magic goal keep Georgia Tong, gave the hosts an opening which they took to close the gap to 20-25 by the main break.

The belief continued to bubble for the Magic as they forced the Tactix into errors and the difference was cut again to just three goals.

The Magic grind was rewarded, as the errors from the Tactix started to mount, and scores were level at 32-32 with just a minute left in the third quarter.

With just two goals separating the teams heading into the deciding spell, the intensity lifted another notch but the shooting wobbles hurt the Magic's chances of getting on top of their opponents.

The competition's two bottom sides, the Magic and the Southern Steel, play in Hamilton on Monday night to wrap up round eight.