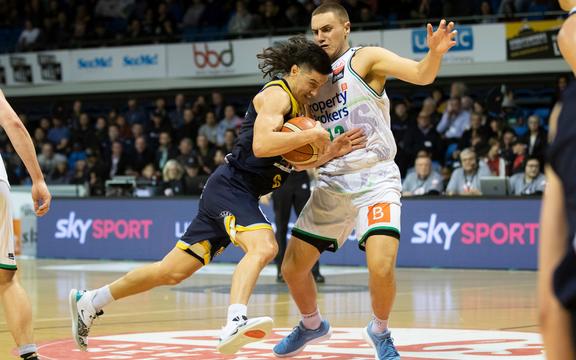 After a six-year hiatus from the NBL, the Nuggets finished the six-week NBL Showdown season as the top side.

Going into Saturday's grand final the Nuggets had defeated the Jets four times over the course of the condensed season.

But the Jets made the southerners work for their fifth and final win.

The Jets lead at the end of the first, second and third quarters but the Nuggets outscored them in the final quarter when it mattered most.

Nuggets youngster, power forward Jordan Hunt, was named as the grand final MVP on the back of scoring a team-high 21 points in the narrow victory.

Tom Vodanovich top scored for the Jets with 24 points to go with 10 rebounds.

Wednesday were charged with misconduct by the league in November 2019 after the club sold the Hillsborough Stadium to their Thai owner Dejphon Chansiri in a bid to ensure they did not breach spending rules.

A hearing was held last month and Wednesday were found guilty of having included profits from the sale in the club's financial statements for the period ending July 2018.

Since the deduction applies next season, Wednesday will not be relegated to the third-tier League One.

The club finished 16th this season -- eight points above the relegation zone.

Stroll, whose billionaire father owns the team, lapped the former World War Two airfield with a best time of one minute 27.274 seconds -- marginally quicker than Max Verstappen's best effort of the morning for Red Bull.

Verstappen managed a 1:27.422 in a sizzlingly hot opening session when Stroll was third fastest.

The Dutchman was only 14th after lunch when he was blocked on his sole attempt at a quick lap.

Albon crashed at Stowe in the afternoon but still ended up second overall and played down the accident.

Mercedes' six times Formula One world champion Lewis Hamilton was second and fifth in the sessions run in front of empty grandstands with spectators not allowed due to the pandemic.

The Briton, a six times winner at Silverstone, leads Finnish team mate Valtteri Bottas, sixth and third fastest in the respective sessions, in the standings by five points after three races.

Mercedes have won all three races so far this year.

Ferrari had Charles Leclerc fifth and fourth but the Monegasque's team mate Sebastian Vettel was sidelined for the opening session after Ferrari detected something wrong with his car's intercooler system and decided to strip it down.

The German was then 18th after lunch, when Ferrari decided to change his car's pedals.

Hulkenberg, back for what may be two races, looked like he'd never been away after lapping ninth and seventh fastest respectively for a team whose car is subject to an ongoing protest over its legality.

Alfa Romeo's Antonio Giovinazzi brought out red flags at the half hour mark after spinning at the exit to Becketts in the morning, leaving debris across the track.

Formula One said Perez was the sole positive from the latest batch of 3,909 tests carried out between July 24-30.