Professional Wrestling had its heyday in New Zealand in the seventies when On the Mat was a must-see on TV.

Steve Rickard, John da Silva and Robert Bruce became household names along side any All Black or New Zealand cricketer.

Since then the likes of WWF and WWE took the world by storm and New Zealand pro wrestling fans got to know exponents like Andre the Giant, Hulk Hogan, Bret "Hitman Hart, Jesse "The Body" Ventura and the Rock.

However, there are an increasing number of New Zealanders trying to get locals back into the ring.

A couple of nights a week a lockup in the Hutt Valley is opened up to members of the Valley Professional Wrestling Academy.

Like many gyms around the country, the 25 members of the club are keen on fitness, but also a little show.

Founders and managers of Valiant Pro, who've organised a competition in Wainuiomata this weekend, Harry MacCormick and Hayden Thiele, were both inspired to get into the sport by the athletes they saw on the tv.

They both compete and admit looking back through New Zealand's history in professional wrestling encouraged them to try and grow the sport.

"As I progressed in my career I actually started to fall in love with the slower paced eighties style, so my style went from today's sort of work to going back in time to the slower stuff which I appreciate. A lot of the old boys that come along to the shows like that old school stuff cause it reminds them of when that were going as kids," MacCormick said. 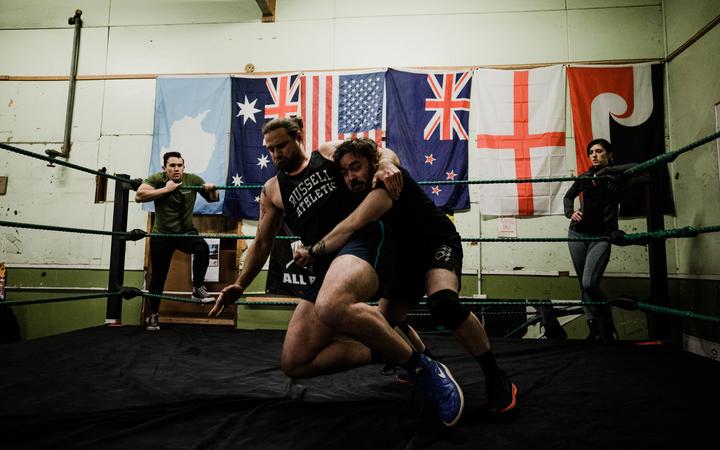 Niwa McIlroy is one of those doing his best to promote it... he's a local who made it big overseas.

About five years ago he headed off to Mexico to be a part of the Lucha libre, he was fighting in Britain before Covid-19 forced him home and back into the local wrestling scene.

He also caught the bug after watching the American stars on TV.

"I got into it and just treated it like a hobby like everyone else and then after a while I wanted to do more, so I moved from Wellington to Auckland and then overseas to Mexico and then England... just wanting more drove me."

Pro Wrestling more or less went into hiatus for 20 years in the eighties and nineties, but because of the popularity of the TV spectacle from the US, locals got interested again.

Valley Professional Wrestling Academy has about 25 members mostly adults, but they do allow a few youngsters to get involved where they can.

The club encourages parents to come along to show that safety is a key aspect of training for the younger ones.

There are now eight companies around the country training and promoting pro wrestlers. 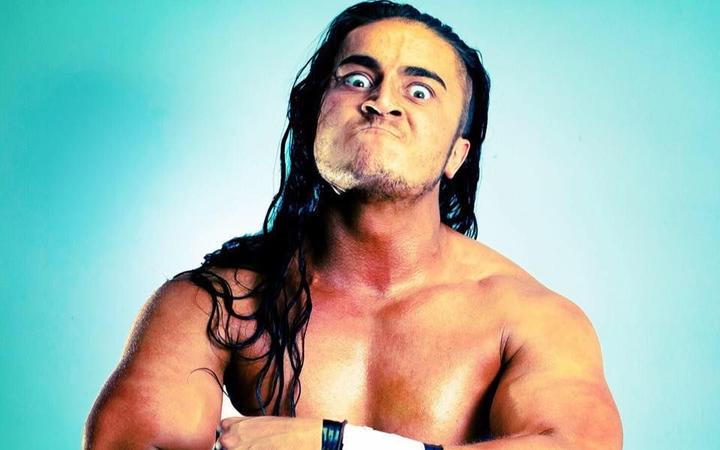 At the end of lockdown it didn't take long for a wrestling card to be organised and Niwa McIlroy is a part of the the headline bout this weekend in Wellington, where he'll face his mentor - 'Rufguts' Roddy Gunn.

It's being held at Wainuiomata Intermediate, not quite the stadium arenas McIlroy has previously fought in.

"I wouldn't compare it to that, I'm still just as excited as I would be if I'm wrestling in front of 16 thousand people or 2,000 people of 20 people.... it's exactly the same, I still give it a hundred percent," said McIlroy.

There are plenty of people who scoff at pro wrestling for what is perceived to be fake fighting, but promoter Hayden Thiele says you can't deny gravity and challenges anyone to get into the ring with them, he says their sport is what you want it to be.

"It's just a different type of entertainment, you've got a little bit of everything in there, you've got everything from the action to the drama, anything you could expect at a play or a theatre or a blockbuster movie and it's live right in front of you."

"Myself I like to engage with the audience quite a bit, they get more bang for their buck, you can't go to a play and have a crack at an actor or you can't go to a musical and try to talk to the musicians, but you see a wrestler and everyone chimes in and gets involved and they feel more a part of it."

All those involved in Level Up Stage One event on Saturday night are hoping it'll help grow their sport.

For Harry MacCormick and Hayden Thiele, who like everyone else work full-time, they'll be putting the tickets sales back into the gym.

"We're non-profit so anything that comes through those doors will go straight back into the club, to better our ring or the gym facilities, there is no personal gain we just want to entertain and have more people interested in the wrestling community around the country, that's our goal and I think we're doing pretty well so far," said Thiele.

Level Up Stage One is being held at Wainuiomata Intermediate on Saturday 1 August.