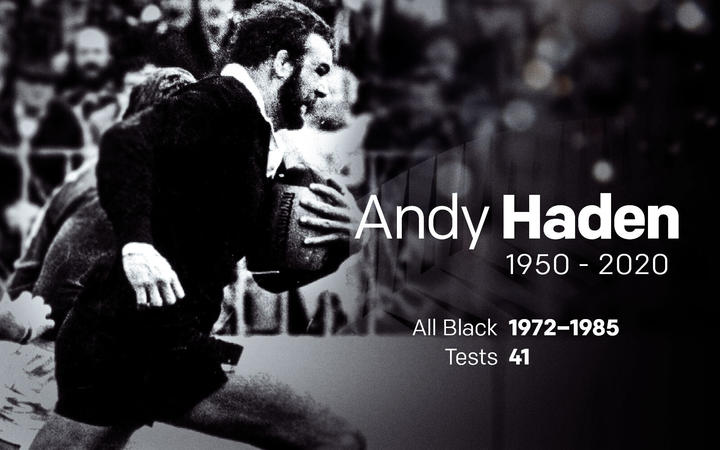 Hart said Haden was surrounded by his family when he died at 7am on Wednesday morning.

"It's tragic for his family and everyone in the game," Hart said.

Am sad to hear that Andy Haden, the great All Black, has passed away.
He was a wonderful player, a pioneer of the professional game, and a fine man.
Vale Andy Haden. All Black. 26 October 1950 - 29 July 2020.

He debuted against the 1977 Lions, a series made more tense by the fact the previous tour had seen the All Blacks beaten for the first time by the Lions.

Haden was a part of a strong All Black side which beat the touring Springboks in 1981, a tour better known for protests against the match up going ahead.

He played for Auckland, a team growing towards its heyday, and Ponsonby club. His All Black biography says he was part of the Ponsonby team which won the Gallaher Shield for Auckland club rugby, seven times - "a figure equalled only of Peter Fatialofa of post-war players".

Haden was a lineout expert at a time when rugby lineouts were more a lottery than today, with controlled lifting. And he was cunning.

It was exemplified by his infamous "dive" out of the lineout - pretending to have been pushed - during the 1978 test against Wales. 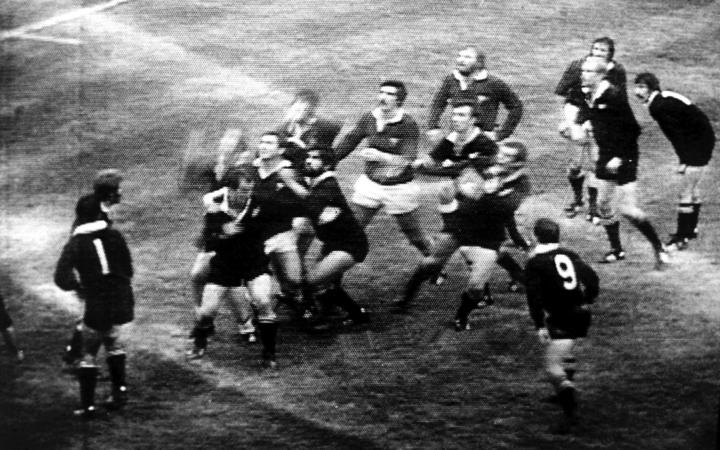 He was mobile and strong but, perhaps most importantly, he could concentrate hard at a time when there were few replacements for players. He was a thinking player in the middle of the scrum.

But for all that he also cut a different figure from most All Blacks of the time - and that made him controversial. 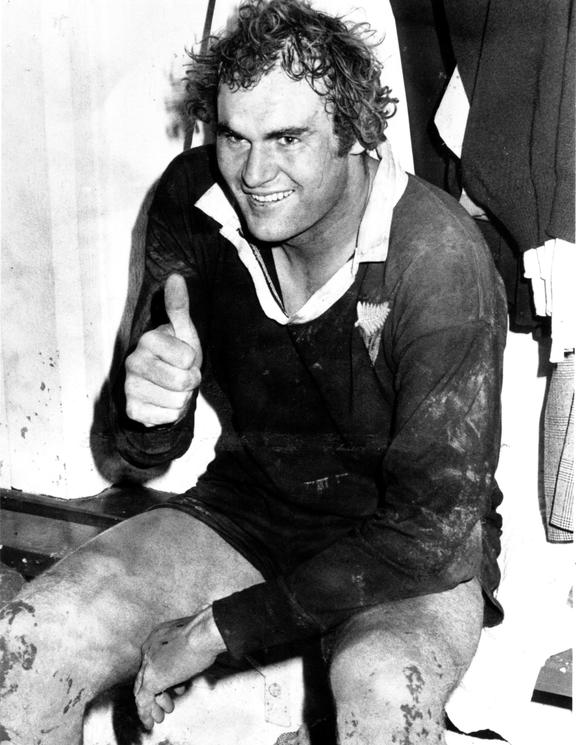 All Black Andy Haden in the dressing room. Photo: Photosport

He was one of the first All Blacks to head to Europe to play, a commonplace now. He enjoyed the lifestyle in France, learned the language and, he said, he learned how rugby could work to a player's favour - all this at a time before rugby professionalism.

Haden became an advocate for change and a better deal for players. He argued for better conditions and always said he wanted to be rugby's "first millionaire". It seemed an outrageous claim at the time, now it would hardly raise an eyebrow.

He wrote a best-selling biography, Boots 'n All, and then made himself unavailable for a 1983 northern hemisphere tour to promote it. It sold in droves.

He was never backward in speaking his mind - and his comments could land him in hot water. He once claimed the Crusaders rugby franchise had race-based selections so they only ever played three dark-skinned players at a time.

In 1982, he established Sporting Contacts, a marketing and promotions company for New Zealand celebrities and sportsmen and women. One of his best known clients was Rachel Hunter, the supermodel.

His comments were often front page news - and had repercussions. In 2010, he had to resign as a Rugby World Cup ambassador after making controversial statements saying some young women were targeting sportspeople and suggesting they may be partly to blame if they were raped.

Parliament's Speaker Trevor Mallard, then the Labour Rugby World Cup spokesman, said later he believed Haden was loyal, generous and had his heart in the right place but he also liked "winding people up" and that had led him to say things which were unacceptable. 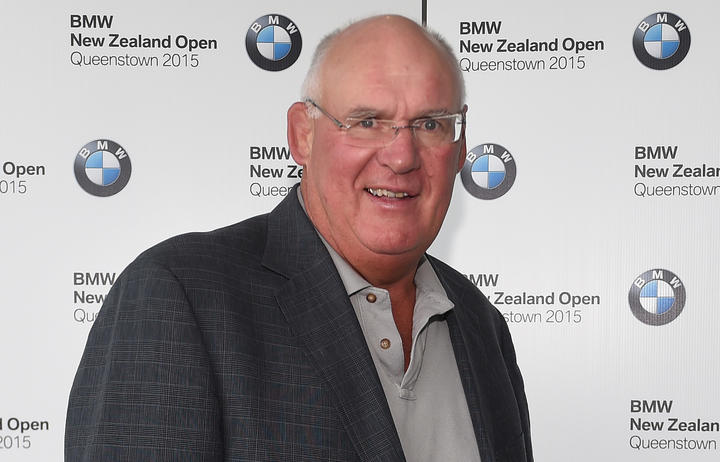 New Zealand Rugby president Bill Osborne, an All Blacks teammate of Haden's said: "Andy's stature and influence as a player was huge. Not only was he an immense physical presence, there was also immense respect from his teammates.

"Most people will remember the way he dominated the lineout as a tower of strength, but I also remember the way he looked after the young players coming into the All Blacks, and how he advocated for players' rights both during and after his playing career.

"Our thoughts are with his wife Trecha and his family."

NZR chief executive Mark Robinson added: "Andy was one of the most recognisable figures in New Zealand Rugby both on and off the field.

"His contribution as a player for Ponsonby, Auckland and the All Blacks was massive over a long period of time and he will be remembered by those who saw him play as one of the true greats of our game."