Manchester United and Chelsea secured places in the Champions League with wins on the final day of the Premier League season while Watford and Bournemouth were relegated along with bottom club Norwich. 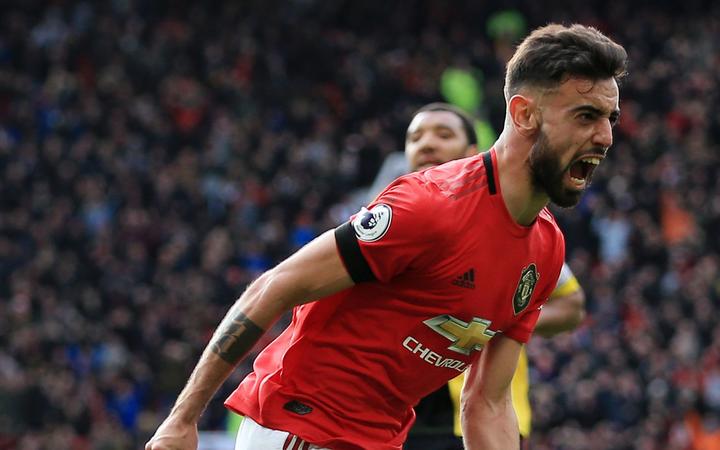 Aston Villa survived thanks to a 1-1 draw at West Ham United which moved them to 35 points, one more than Bournemouth, who go down despite a 3-1 win at Everton and Watford who lost 3-2 at Arsenal.

A penalty from Bruno Fernandes and late goal from Jesse Lingard gave United the three points with a 2-0 win at Leicester City, who missed out on the Champions League by finishing fifth.

Chelsea ended in fourth spot after a 2-0 home win over Wolverhampton Wanderers.

City's goals came from Gabriel Jesus, a Kevin de Bruyne double, Raheem Sterling and Riyad Mahrez as they finished the season in second place with 81 points, 18 behind champions Liverpool.

Norwich ended bottom of the standings on 21 points.

Striker Divock Origi scored a rare goal as champions Liverpool came from behind to close out their magnificent season with a 3-1 win at Newcastle United.

Liverpool ended the campaign on 99 points, 18 ahead of nearest rivals Manchester City while Newcastle finished 13th on 44 points.