Dr Ashley Bloomfield will be known as "The Eliminator" when he lines up against the Parliamentary XV, but the Director-General of Health will be a protected species. 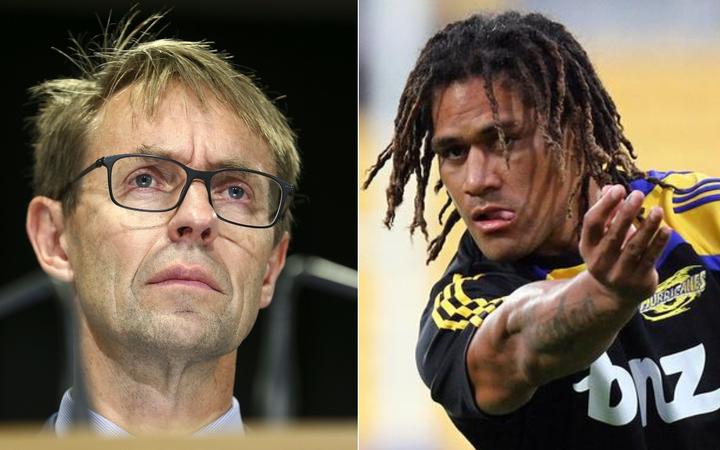 The Parliamentary rugby team celebrate their 25th anniversary this weekend by taking on an invitational Centurions XV in Wainuiomata on Saturday.

Some rather famous faces are lining up on both sides, including former All Blacks and other internationals.

A former Scot's College openside, Dr Bloomfield will pack down on the side of the scrum. He'll be dwarfed by his fellow forwards teammates, including former All Black Rodney So'oialo and former Manu Samoa and Hurricanes loose forward Faifili Levave. 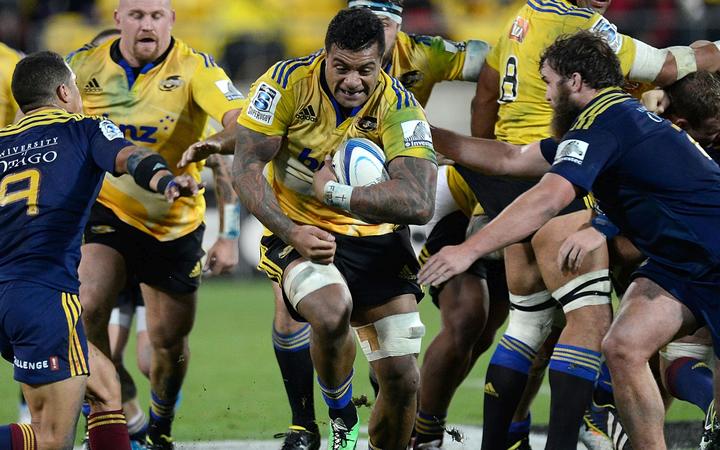 "I think I've been set up by Ken Laban, who's organised this, because I said I'd have a short run on the wing and I've been listed at Number 7. I'm greatly privileged to be in a forward pack alongside Rodney So'oialo, Jason Eaton and Norm Hewitt, but I'm not sure how long I'll last."

Dr Bloomfield's Centurions teammate, former All Black hooker Norm Hewitt, is very much looking forward to the game, but he's also wondering what Wainui legend and game organiser, Fuono Ken Laban, has got him into.

"It's been 13 years thereabouts since I last pulled the boots on. So I ran around with the boys last night with the under 15s team I'm coaching at HIBS (Hutt International Boys School) and that was quite interesting haha. You could say this will be the last, last, last game in this body," he said with a laugh. 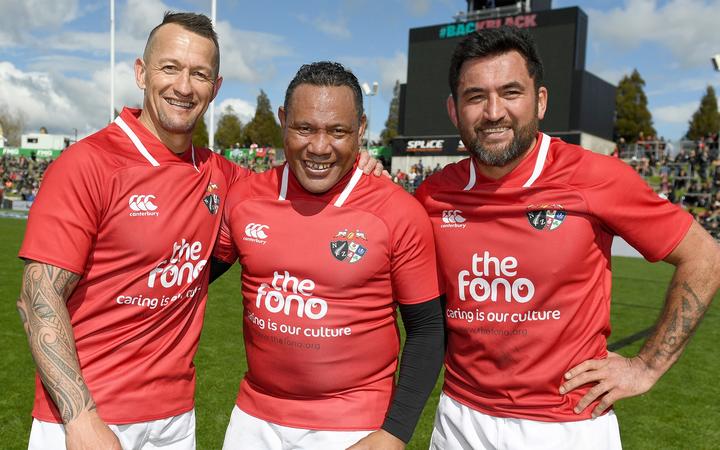 Former All Black halfback Ofisa Tonu'u is in the Parliamentary team, and concedes his side is outsized by the opposition.

He's warning his players to tackle the likes of So'oialo and fellow former All Black Jason Eaton around the legs.

"Yes those boys and the likes of Richard Watt, I think I need to remind him that the game has moved on since those Pōneke club rugby days in Wellington in the early 90s. Rucking has been outlawed so I will need to remind him of that hahaha."

"Hahaha, I know how funny is that. Watty is probably just looking forward to having a photo with Dr Bloomfield, he's done an amazing job. And how cool to have a Scot's College boy and a Rongotai College boy lining up alongside each other as well."

Norm Hewitt says the Centurions will be making sure Dr Bloomfield is a protected species.

"I tell you what, if anyone gets close to that man they'll be answering to a few people! I'm sure there will be plenty of people on the sidelines as well who will want to protect him" 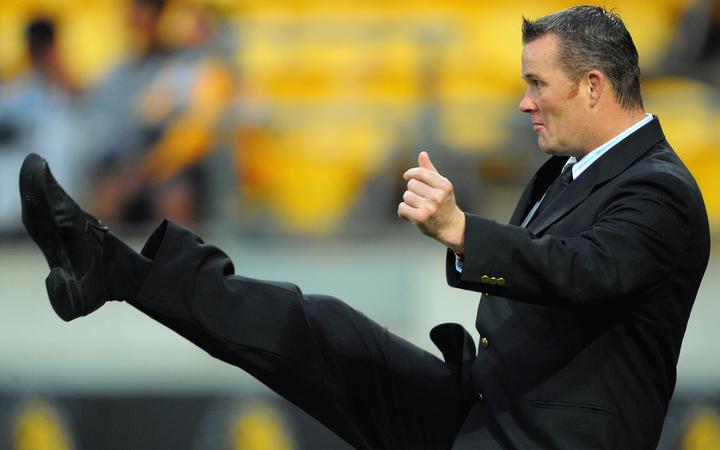 Sir Michael Jones was the Iceman and Brian Lima the Chiropractor, so what will Dr Bloomfield's nickname be.

"Hospital Pass didn't make the grade. There was Don't Smash Ash, but I've been reassured no-one in the Parliamentary team is going to tackle me anyway, but what I've settled on is The Eliminator."

While the game is supposed to be social, Tonu'u says that can quickly change.

"All it takes is one person to put in one big hit and then it's all on hahaha."

Lower Hutt Mayor Campbell Barry will lineup on the wing for the Centurions and while worried about being a target, he's confident his rugby pedigree will serve him well.

"I played for the Wanuiomata rugby club and made Colts (under 21s). The pinnacle of my career was Wellington representatives, but I have to admit it was under 13s and sadly I didn't kick on from there."

The Parliamentary team was created in 1995 and Tonu'u is proud to be a part of that history.

"Nelson Mandela in the 1995 World Cup decided he wanted to bring all the world leaders together and of course with the Rugby World Cup being in South Africa, that's where the Parliamentary World Cup started. New Zealand won that first one and this weekend's game is a celebration of that."

The Parliamentary team played their very first game that year at William Jones Park in Wainuiomata and tomorrow that's where they'll mark their 25th anniversary.