"Take me out to the ball game" in the midst of a pandemic will mean a trip to the living room and a spot on the sofa to watch Major League Baseball when the Covid-19 interrupted season finally gets underway on Friday. 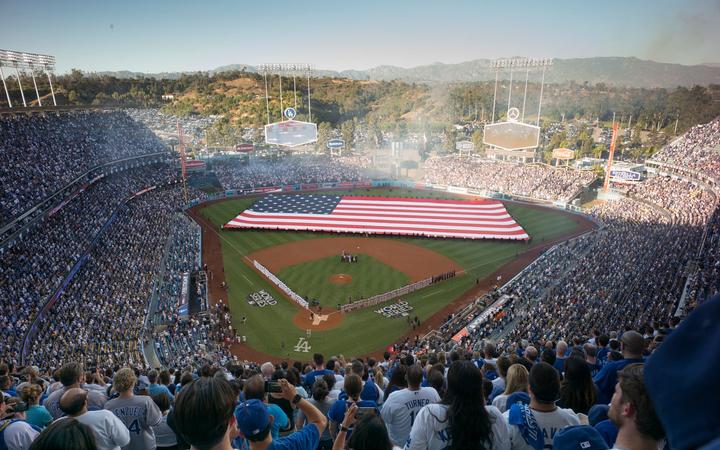 Regarded as the U.S. national pastime, ball parks that would be filled with fans and buzzing with excitement on opening day will stand empty as the country struggles to contain the virus that has claimed more than 140,000 American lives.

MLB makes its return mid-summer having been forced to shutdown mid-March during Spring training, with the New York Yankees visiting the World Series champion Washington Nationals and the Dodgers hosting the San Francisco Giants.

What in a normal season would mark the start of a 162 game marathon for MLB's 30 clubs will instead be a 60 game sprint with a few new twists.

In an effort to speed up play and prevent overtaxing pitchers, extra-inning play will begin with a runner on second base.

Pitchers will also no longer bat this season with the designated hitter rule used by the American League applied to the National League as well.

While the NBA, NHL and MLS will restart their seasons in hub cities under quarantine bubbles, Major League Baseball teams will fly across the country and play in their own stadiums - except the Toronto Blue Jays.

The Blue Jays found themselves looking for a U.S. home base last week after the Canadian government rejected a request for an exemption to allow them and opponents to cross the Canada/U.S. border -- that remains closed to non-essential travel -- without observing the mandatory 14-day self-quarantine.

Until the pandemic the Houston Astros were placed to be the biggest storyline of the 2020 season after a sign stealing scandal.

The Astros can still expect payback from opposing teams but they will not have to deal with the relentless heckling at the stadiums with no fans in the stands. 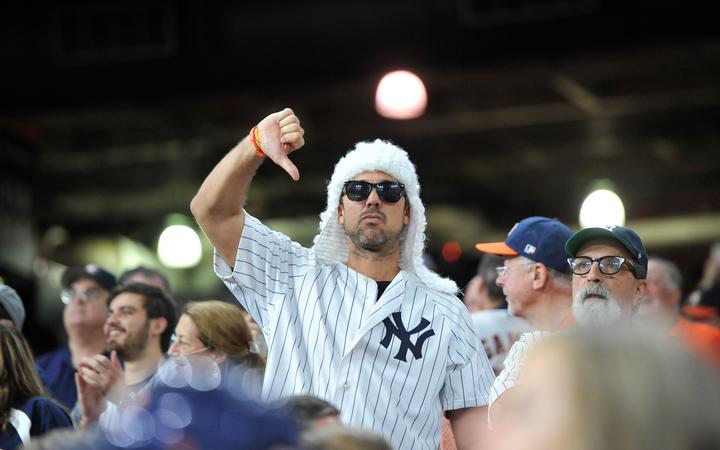 The traditional singing of "Take Me Out to the Ball Game" during the seventh-inning stretch will be missing the backup vocals of fans as ballparks will be eerily empty for at least the start of the season.

The decision to potentially allow fans this season will be made based on local government approval in each market and MLB's approval after consultation with all appropriate parties.

The sight of baseball players spitting while on the field is as old as the game itself. But MLB has said the practice, which includes saliva, sunflower seeds, peanut shells and tobacco, is prohibited at all times in club facilities and on the field.

MLB has also said pitchers may no longer lick their fingers while on the mound in a bid to get a better grip on the ball but may instead carry a wet rag in their back pocket.

MLB had originally planned to open its gruelling 162-game regular season in March but after staring at an ever-shrinking calendar opted instead for a condensed 60-game schedule in a bid to salvage the 2020 campaign.

The virus-abbreviated season, which was only agreed to after testy negotiations between MLB and the players union, will be baseball's shortest since 1878.

In a bid to bring a quicker end to games given a jam-packed schedule that has turned the season into a sprint rather than a marathon, after the ninth inning, teams will get to start each half-inning with a runner on second base.

While also potentially ending games quicker, the change is expected to protect a team's bullpen health and would also limit the time players spend in the relatively close quarters of a dugout or bullpen.

The schedule for the season will put increased emphasis on geographical proximity as MLB wants to limit travel.

Rather than have clubs travel across North America, this year's schedule will be regionally based, meaning teams will play 40 games within their division and 20 interleague games against the corresponding geographical division.

One of the most notable differences between MLB's American League and National League has been the AL's use of a designated hitter (DH) -- a player who bats in place of a pitcher -- since 1973. That difference will not exist this year.

All NL games will include the use of the designated hitter for the first time in history as part of an emphasis on pitcher health during the truncated season.