Hurricanes coach Jason Holland wants to savour his side's dramatic win over the Blues in Super Rugby Aotearoa before turning his attentions to trying to end the Crusaders' 36-match unbeaten run in Christchurch next week. 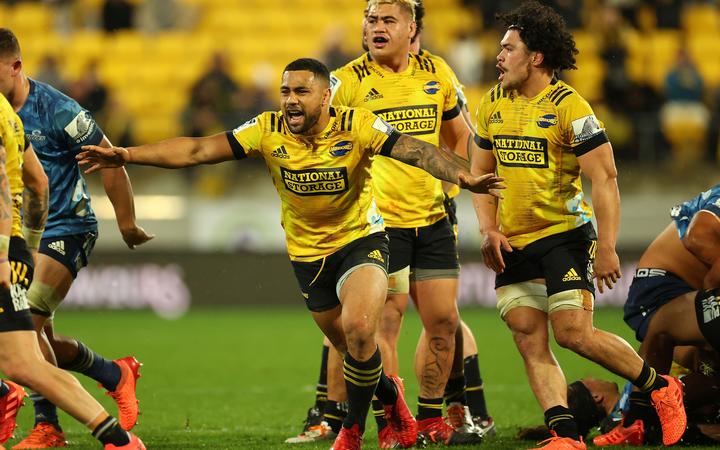 [The 'Canes 29-27 come-from-behind victory https://www.rnz.co.nz/news/sport/421515/barrett-boots-hurricanes-to-win-over-big-brother] has kept their slim title hopes alive and moves them six points behind the three-time defending champions.

But Holland doesn't want to spend his Sunday thinking about the Crusaders.

"I don't want to move there yet. I want to soak up what we've just done out there against the Blues, especially if we lost out here to the Blues it hurts for three or four days. So I want to take another day or so to enjoy this," Holland said.

"We want to beat the other team and we want to go to Christchurch to end their run.

The Hurricanes will travel to Christchurch with a near full-strength squad, despite another bruising New Zealand derby.

"Boys are always really sore on Monday morning when they rock up about these derbies so there'll be some sore bodies, but nothing serious at the moment."

The Blues had won their last two meetings against the Hurricanes, including in the opening round of Super Rugby Aotearoa, and the hosts had to dig deep to turn the tables.

"We went 27-22 down [after] we had the better of the game and we still had the ticker and the composure to come back and win that game," Holland said.

"That's real credit to where the boys are getting to.

"The way the boys kept getting up, they kept staying composing. You know we easily could have got rattled around a couple of things with referee decisions in that first half and we were able to control ourselves and get into our next job which was great. Gave us the chance and the opportunity to put them away at the end."

Jordie Barrett snatched victory with a late conversion from near the sideline and Holland believes his improved goal kicking is another reason why he's the best fullback in the country.

"The way Jordie's taken responsibility for our game and all our kicking responsibilities has been a massive part of Jordie getting better.

"I think that's contributed massive to his game in that he bosses things on the field for us with everyone. With our attack game, but also the responsibility of goalkicking and with punting and those sorts of things."