The New Zealand Under-21 team to contest next year's Netball World Youth Cup won't be named for some time but rival teams will already be feeling a dose of trepidation. 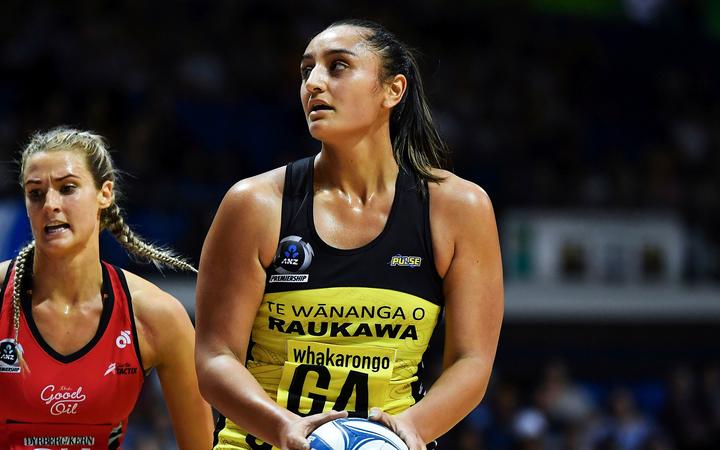 New Zealand are the reigning champions, having surprised some people when they won gold over Australia in Botswana in 2017. Before that, they also took out the Cup in Glasgow in 2013.

There is one player from the last campaign who is in the very rare position of being eligible for a second World Youth Cup, when it's held in Fiji next year.

Tiana Metuarau was only 16 when she played in the Botswana tournament alongside the likes of current Silver Ferns Maia Wilson and Michaela Sokolich-Beatson.

Metuarau, who brought up her 50th ANZ Premiership game over the weekend, is one of a number of stand-out under 21 players in the ANZ league.

Grace Nweke is the youngest at just 18. Her teenage shooting partners at the Mystics - Saviour Tui and Asher Grapes will also be striving for selection into the Under-21 team.

Midcourters Maddy Gordon, Tayla Earle, and Renee Savai'inaea will be in the reckoning, alongside powerful Steel goal keep Taneisha Fifita.

While the policy of unlimited imports remains in place in Australia's domestic league, it will be harder for the next generation of local players to break into Suncorp Super Netball.

In contrast, emerging players in New Zealand are getting opportunities more quickly and the talent is rising to the top. 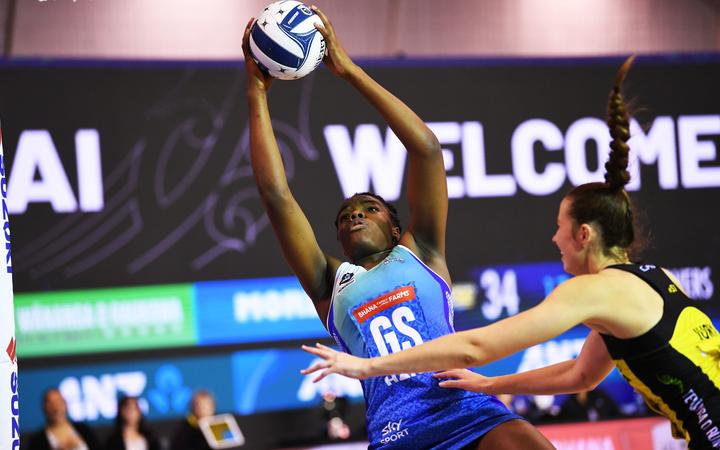 At the start of the season, many were tipping the Tactix would be in the final against the highly favoured Pulse. But based on the Mystics' last couple of games, where they pushed the Pulse and beat the Tactix, the Auckland side might actually exceed expectations this year, rather than fall short of them. Sulu Fitzpatrick and Phoenix Karaka did a tremendous job again, switching constantly and setting each other up for ball. Fitzpatrick picked up her second MVP in two weeks. Grace Nweke proved again she's a major strike weapon for the Mystics, scoring 38 from 40 at 95 percent.

An incredible 100 percent shooting display from both Pulse shooters Aliyah Dunn and Ameliaranne Ekenasio helped get the defending champions out of trouble. The Steel led by two going into the final quarter but the Pulse for the second week went up another gear when they needed to. Gina Crampton really hit her straps for the Steel and it was no coincidence the bottom of the table Southerners played their best netball this season with the Silver Ferns wing attack humming. New Pulse goal keep Kelly Jury went to the bench in the second quarter, struggling to find the mobility she needed to get around the body of Steel shooter Jennifer O'Connell but did well when she returned. Tiana Metuarau made another positive impact when she came on for the Pulse, this week at wing attack. Steel will be annoyed they didn't get a bonus point from that effort.

After a close first quarter, the Pulse completely dominated the Magic. Pulse captain Katrina Rore made life difficult for Magic shooter Abigail Latu-Meafou, who was only able to put up three goals in the first half. She was replaced by youngster Khiarna Williams, who managed to shoot 8 from 11, despite a torrid introduction to the season. Tiana Metuarau at just 19 clocked up her 50th ANZ Premiership game in style. Coming on at goal attack in the middle of the third quarter Metuarua thrived on turning and passing in one move. The Pulse remain unbeaten at the top of the table.

The Magic led 13-8 after the first quarter, with goal keep Erena Mikaere picking up early deflections after a quiet outing the day before. The second quarter was better for the Stars with goal attack Jamie Hume accurate early and playing one of her best ANZ games. Looking to make amends for her performance against the Pulse, Abigail Latu-Meafou got into the thick of the action and shot well. But at the other end Stars shooter Maia Wilson had another fine outing with 34/37 at 92 percent accuracy. The Stars led the Magic by 7 going into the final spell and it looked like the Magic could only salvage a bonus point. But the Magic hustled and bustled their way back into the game. Sam Winders was at her relentless best and with 40 seconds to go got a tip and collect that the Magic scored off to draw the game.