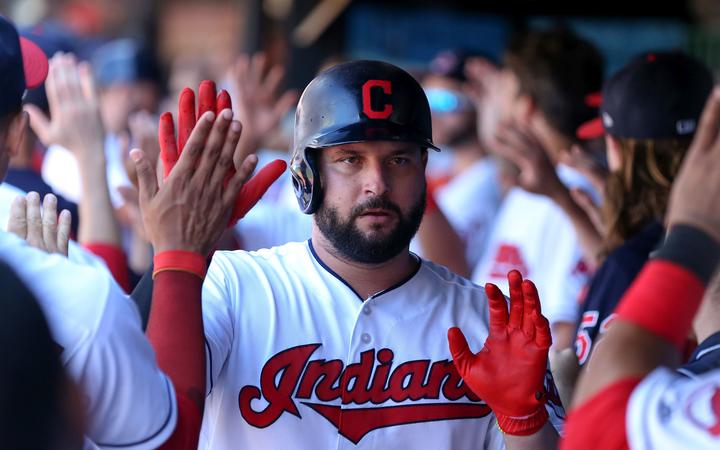 Over the weekend the Major League Club said they were "committed to engaging their community and appropriate stakeholders to determine the best path forward with regard to the team name."

Francona admitted that the topic of the team's name and the Chief Wahoo logo has been on his mind for quite some time, however he has sidestepped it in previous years.

The Indians were a charter member of the American League in 1901 and originally named the Blues before changing to the Indians in 1915 on the suggestion of sportswriters.

Both the Indians and the NFL's Washington Redskins long have faced criticism for maintaining their Native American-themed nicknames.

The young New Zealand driver Liam Lawson has won his maiden Formula 3 race with victory in race two in Austria. 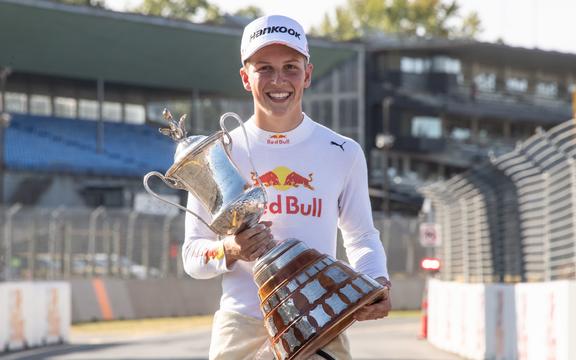 The Red Bull Junior came from fifth at the start to take victory in the reversed-grid race the Red Bull Ring.

"It was a good race. Starting from P5 I had to get through to the front as quickly as I could, because I knew we had a strong car at the start, but once I got there I ran out of tyres," Lawson said.

"I think that I actually got lucky with the safety car because without it, I think it would have been tough to stay in front.".

The teams stay in Austria for round two next weekend.

Manly prop Addin Fonua-Blake has apologised to NRL referee Grant Atkins over his verbal tirade in the final seconds of the 14-12 loss to Newcastle.

The 24-year-old firebrand was marched from the ground by Atkins for his abusive spray and now faces a ban.

Atkins had initially asked the NRL Bunker to check on a possible penalty try for Manly, when it appeared there had been interference on winger Tevita Funa after he'd kicked ahead towards the try line.

But when 'No Try' flashed up on the screen, Fonua-Blake was heard over the onfield microphones calling Atkins "a f---ing retard".

Meanwhile another devastating season-ending injury to rising Rabbitohs centre Braidon Burns has taken the gloss off a rugged 26-10 South Sydney win over Canterbury.

Burns suffered a dislocated kneecap when Souths looked to have the hard-fought victory in the bag, continuing a wretched run for the 23-year-old.

Liverpool roll on at home

Champions Liverpool made it 17 wins out of 17 at Anfield with a 2-0 win over Aston Villa in the Premier League which pushed Villa deeper into trouble.

After their 4-0 mauling at the hands of Manchester City last week, Juergen Klopp's side struggled to break down a determined Villa.

Villa, who have now lost 20 games, remain deep in relegation trouble, in 18th place on 27 points and they have yet to win since the resumption of the season, their winless streak going back nine games.

Liverpool are now unbeaten in their last 57 Premier League home games with 47 wins and 10 draws and they have won 24 home games in a row.

Newcastle United twice came back from a goal down as they grabbed a 2-2 draw with West Ham United at St Jame's Park, robbing the visitors of the chance to put some more daylight between themselves and the relegation zone.

The result leaves West Ham in 16th spot on 31 points, four points ahead of Aston Villa in 18th, while Newcastle are 12th on 43 points.

Meanwhile Sheffield United earned a 1-1 draw at Burnley with New Zealander Chris Wood returning from injury off the bench.

The result leaves both teams still in contention for a Europa League place with United eighth on 48 points with Burnley ninth on 46.

Wins for Jets and Giants

A 16-0 run in the third quarter has propelled Manawatu to a 102-93 win over taranaki in the National Basketball League.

Man of the match Taane Samuel scored 24 points and had 11 rebounds for the Jets who move up to fourth in the standings.

All 11 players scored for Nelson.

Nelson are third and the Huskies are seventh and last.

Britain opens up to more sport

New quarantine exemptions will allow major sporting events in Britain, as well as TV and film productions, to go ahead.

Some sports teams and production crews will not have to quarantine upon arrival in England if they are essential to the event or production.

The scheme gives the green light for Formula One, international football, golf and snooker tournaments to return.

Ministers said darts, horse racing and other sports are expected to follow.

The British government's new quarantine exemptions mean Silverstone will be able to stage races in August, while Champions League and Europa League football, the PGA British Masters Championship and the World Snooker Championships will go ahead.

At the moment, most travellers to the UK must quarantine for two weeks. However, from 10 July, people arriving in England from dozens of countries deemed "low risk" will not have to isolate.