The Central Pulse have pulled clear atop the ANZ Premiership after a fifth straight win in the restarted competition. 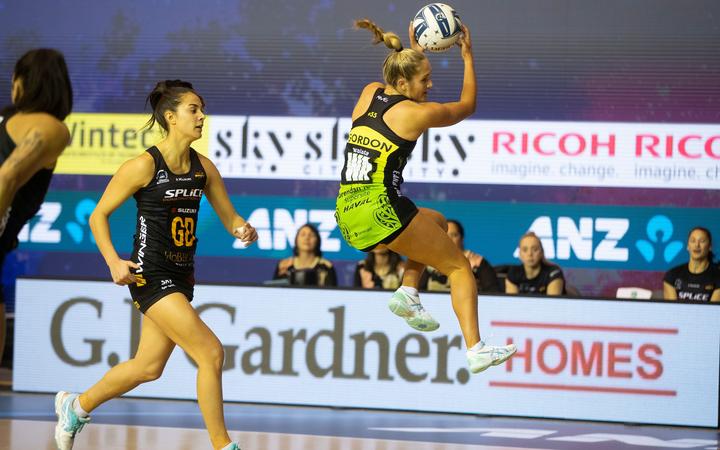 The defending champions have beaten the Waikato-Bay of Plenty Magic 51-30 on the back of a scorching second quarter to move four points above the Northern Mystics.

The Pulse only led by one goal at the first quarter break (12-11), but turned it into a 13 goal cushion at halftime.

They outscored the Magic 17-5 in the second period, netting seven unanswered goals after the game was level at 13-13.

"We all knew we had to step up from yesterday," Pulse captain Katrina Rore told Sky Sport.

"I think our energy just wasn't quite there and the Steel really brought it to us and today we came out like a new team and it really started from the first whistle.

"I think our second quarter was very impressive. Everyone did what they wanted to do, did their own job and I think that set us up for that great win."

It's Waikato-Bay of Plenty's third straight defeat since the competition restarted and leaves them bottom of the ladder.

"Disappointing I guess. Obviously you never like to see the score blow out that much," Magic captain Samantha Winders told Sky Sport.

"You know it can be disheartening if you dwell on it for too long, but fortunately I think we've got another game tomorrow so we're able to dump this straight away so we've just got to do that and move on."

With the game all but decided at the half both teams utilised their benches.

Khiarna Williams, Jenna O'Sullivan, Georgie Edgecobe and Georgia Tong all got an opportunity for the Magic in the second-half, while the Pulse used three of their bench players.

Aliyah Dunn led the way for Central with 23 goals from 27 attempts, despite not playing the entire game, while Ameliaranne Ekenasio finished with 21 from 24 in 36 minutes of court time.

The Pulse will now return home to Wellington to prepare for their next game against the Southern Steel on Friday night, while the Magic will be back in action tomorrow (Monday) night against the Northern Stars.