The Central Pulse have survived a major scare to remain unbeaten in the ANZ Premiership. 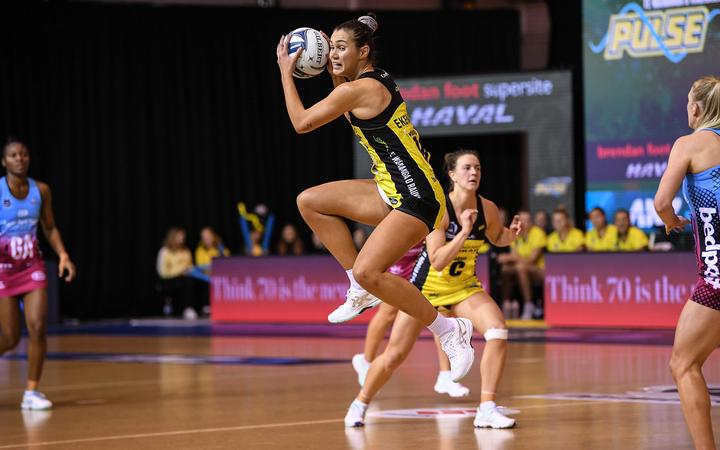 The defending champions have overturned a two goal deficit at three quarter time to beat the Southern Steel 47-40 in Auckland and return to the top of the competition ladder.

The Pulse pulled off the comeback with some canny substitutions and a perfect shooting night from Aliyah Dunn (22/22) and Ameliaranne Ekenasio (25/25), who together scored the first nine goals of the fourth quarter to turn the match on its head.

Towering defender Kelly Jury, who was replaced later in the second quarter, returned to the court to come up with a couple of big interceptions in the final period, while Tiana Metuarau made a big impact at wing attack when she came off the bench late in the third.

"I don't know what we're up to in the first three quarters. We couldn't quite get our flow, get our energy, have that spark that we normally have," Pulse captain Katrina Grant told Sky Sport.

"Realising we were down by what two going into the fourth quarter, I think we all pulled our fingers out and decided to come and play."

"I had three shocking errors at the start of that quarter," Crampton told Sky Sport.

The Pulse had made a strong start and led 14-11 at quarter time, with their only concern over Rore, who was clutching her lower back late in the period.

Rore started the second quarter and appeared fine, but the Pulse weren't as the Steel took control.

Crampton was getting the better of Ferns team-mate Karin Burger and linking well with her shooters Kalifa McCollin and Jennifer O'Connell.

The Steel won the quarter 13-9, the first time this season the Pulse have been on the wrong side of a 12 minute period by more than a goal.

The second half started tightly before the Steel pulled two goals clear midway through the third period and held that margin into the final break.

Late in the third Pulse coach Yvette McCausland-Durie brought Jury back on to the court for Elle Temu at goal keep and introduced Metuarau at the expense of Maddy Gordon. Gordon then returned at the start of the final quarter at centre in place of Claire Kersten.

The changes sparked the defending champions to life and ultimately denied the Steel an all-important bonus point.

The Central Pulse are back in action tomorrow evening (Sunday) against the bottom of the table Waikato-Bay of Plenty Magic, who sit just a point behind the Steel.