The Southern Steel have clung on to win a see-saw match 49-47 in their national netball premiership clash with the Northern Stars in Auckland today. 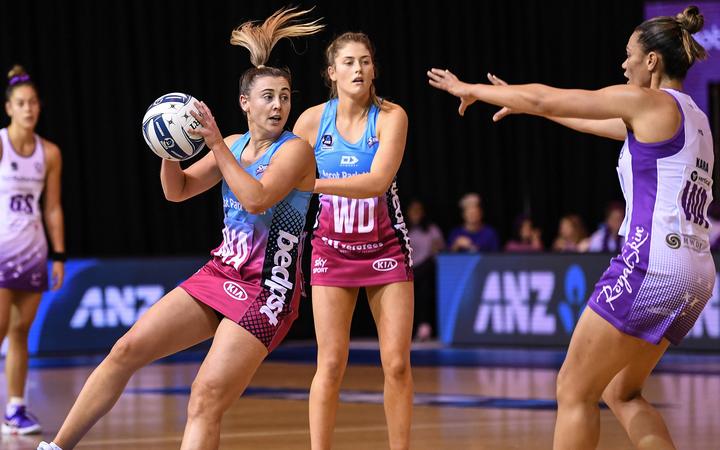 The win was their first of the season, but never looked completely secure until the final two minutes.

Flawless first-quarter shooting from Jennifer O'Connell and Kalifa McCollin, who both shot at 100 per cent, gave the Steel a 15-10 lead at the first break.

The Stars found a little more rhythm in the second stanza, and clawed back some ground but the Steel still held a 26-23 lead at halftime.

Some sharp shooting from O'Connell gave the Steel a 36-33 lead late in the third quarter, but Maia Wilson nailed the last three goals of the spell for the Stars to level the scores at 36-36 at the final break.

A nasty knee injury to goal attack Georgia Heffernan brought McCollin back on court, and the Jamaican combined well with O'Connell to help open out a five-goal lead for the Steel with just under four minutes remaining.

The Stars managed a late resurgence to cut that back to two, but the Steel retained their composure to shut out the win.

For the Stars, Wilson combined good volume with high accuracy in converting 37 from 42, while goal attack Jamie Hume shot 10 from 15.