The Crusaders have fought off a strong Chiefs finish to hold on for an 18-13 Super Rugby Aotearoa win in Christchurch this afternoon. 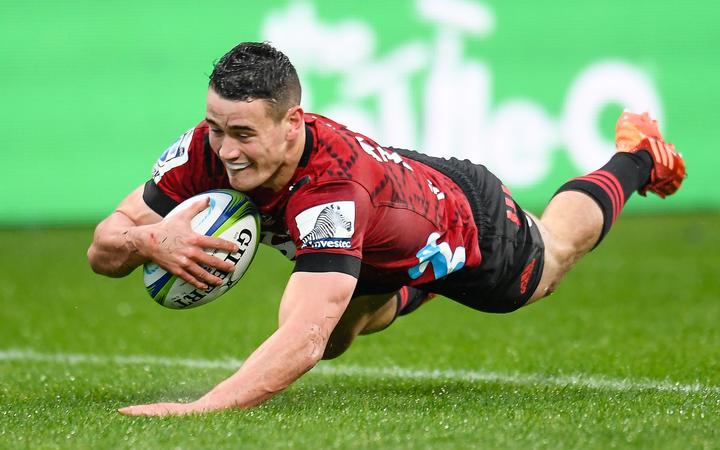 Tries to winger Will Jordan either side of halftime looked to have wrapped up the win for the defending champions, but the Chiefs closed the gap to just five with 10 minutes remaining to threaten an upset win.

Rain and chilly temperatures meant opportunities were few and far between, with the emphasis on defence as both teams weighted their kicks for territory.

The two sides exchanged penalties before the Crusaders struck just on the 35-minute mark.

Chiefs fullback Damian McKenzie misjudged a high ball and Crusaders winger Sevu Reece pounced with a scorching run down the touchline before offloading for Jordan to score.

Richie Mo'unga added the extras and the home team took a 10-3 lead into the break.

The Chiefs continued to put themselves under pressure at lineout time, and it was quick throw from Reece five minutes into the second half which set up the Crusaders second try - another to Jordan.

But just as it appeared the Crusaders would run away with the game, another Mo'unga penalty extending the lead to 18-3, the Chiefs hit back.

A decent lineout gave them territory and possession, a well-timed pass from halfback Brad Weber releasing winger Sean Wainui out wide for the try.

Another McKenzie penalty further narrowed the lead, but the Crusaders' clinical defence was enough to secure the win.