The Northern Mystics have won their fourth consecutive national netball premiership match with a hard-earned 46-42 win over the Southern Steel in Auckland. 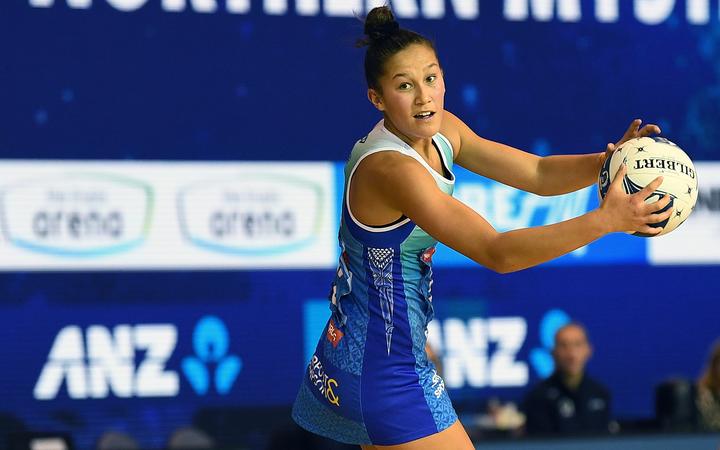 The win was their fourth in succession, and a record for the club, which has struggled with consistency in previous season.

The Mystics were all efficiency in shooting out to an early six-goal lead, Tayla Earle and Peta Toeava shifting the ball at pace through the midcourt and finding long-limbed shooter Grace Nweke with ease.

Steel coach Reinga Bloxham replaced Jamaican goal attack Kalifa McCollin with Georgia Heffernan for the second quarter, and the southerners lifted to match the Mystics goal for goal early on.

However, Mystics defenders Phoenix Karaka and Sulu Fitzpatrick worked hard to shut down Steel goal shooter Jen O'Connell, providing a useful supply of turnover ball which was duly converted at the other end.

The Mystics shooting circle shifted up a gear with the introduction of goal attack Saviour Tui, who proved adept on the shot and was able to take some of the pressure off Nweke, who finished with figures of 35 from 40.

Ahead 24-20 at halftime, the Mystics maintained pressure in the third quarter, wing defence Emily Burgess leading an unrelenting effort to slow the Steel drive through the midcourt.

McCollin reprised her combination with O'Connell in the Southern Steel circle, but the pair could only sink nine from 11 and the Mystics went into the last quarter with a useful 37-29 lead.

That margin evaporated quickly at the restart, the Steel looking threatening as they roared back to outscore the Mystics 7-2 and trail by three with eight minutes remaining.

O'Connell (28 from 32) and McCollin (12 from 20) did enough to secure a bonus point for the Steel, but the Mystics regained their composure to look comfortable in closing out the win.