After a tight opening, the Mainland Tactix produced a storming second half to open round three of the ANZ Premiership with a convincing 45-36 win over Waikato Bay of Plenty Magic at the Auckland Netball Centre on Friday. 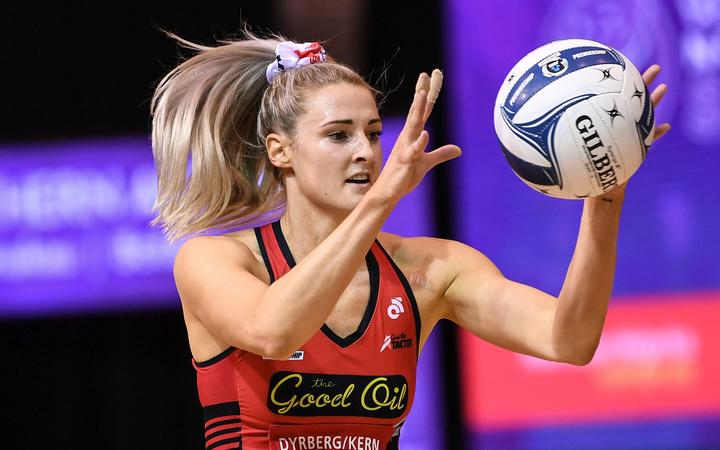 Playing their third game in seven days and overcoming a stomach bug which swept through the team last weekend, the Tactix showed all their southern resilience to overcome a first half deficit and go on to notch their second win of the season.

Romping home with a growing presence through the second half, the Tactix completely shut their opponents out of the game, the Magic fading badly when posting just seven goals in each of the third and fourth quarters.

With both teams sitting on one win apiece, there were no surprises in either starting line-up, with Erikana Pedersen, who missed all but a few minutes of the 2019 season through injury, getting the start at wing attack for the Tactix.

Turnovers were a prominent feature of the opening quarter with the threatening presence of Tactix defenders Jane Watson and Temalisi Fakahokotau causing plenty of jitters in the Magic attacking line.

The Tactix held the slightest of edges through the early exchanges, building a handy buffer on several occasions but unable to gain clear air from the gritty Magic team, who finished the quarter in touching distance when trailing 11-9 at the first break.

The Tactix kept their noses in front through an increasingly tight game on the resumption but the Magic's growing resilience on defence, where the hard-working trio of Sam Winders, Holly Fowler and Mikaere put the squeeze on their opposites.

The results of their timely turnovers transpired into a growing confidence on attack for Magic with wing attack Whitney Souness providing the impetus as shooters Abigail Latu-Meafou and Kelsey McPhee found their groove under the hoop.

Taking the lead for the first time in the match, a run of six straight goals pushed the Magic further ahead before they rounded out the first half with a 22-19 lead at the main break.

With no changes to either side, the third quarter produced another swing in momentum with the Tactix regaining the upper hand.

Watson and Fakahokotau flexed their considerable muscle, their unrelenting pressure again proving a handful for the Magic shooters. A flurry of turnovers resulted in four straight goals for the southerners which drew the scores level.

Magic responded with three of their own to keep the contest tight, close and absorbing. However, increasingly finding their links on attack with greater consistency, timing and accuracy, it was the Tactix who finished with a flourish to close out the last break with a handy 33-29 lead.

In a last throw of the dice, Magic put Winders into centre, Fowler moved to wing defence and the taller figure of Jenna O'Sullivan came off the bench and into goal defence for the run home.

Well in the groove going forward with goal attack Te Paea Selby-Rickit rising to the occasion, the Tactix took the wind completely out of Magic's sails with a game-winning seven-goal unanswered spurt.

From there, there was no way back for the Magic as the southerners continued to build on their dominance and the scoreboard.