Vince Carter has retired from basketball at the age of 43 after a record 22 seasons in the NBA.

Carter, who spent the last two years with the Atlanta Hawks, played his last game on 11 March before the season was halted due to the coronavirus pandemic. 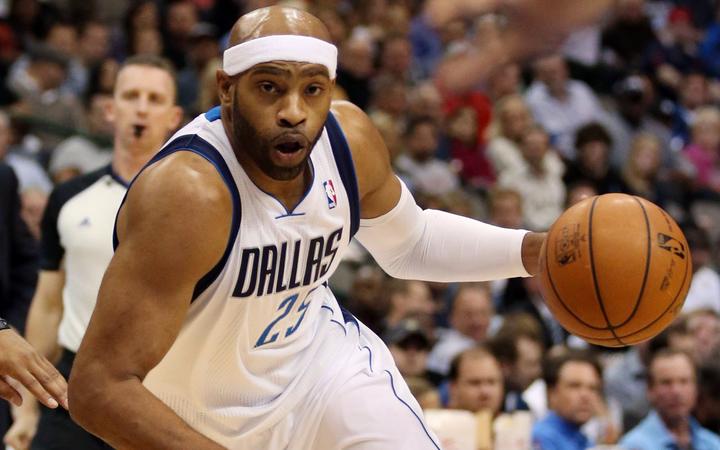 Vince Carter playing for the Dallas Mavericks in 2013. Photo: Photosport

The Olympic gold medallist was the first NBA player to play in four decades, having made his debut in 1998 with the Toronto Raptors.

The Hawks were not one of the 22 teams to qualify for the NBA restart which will be played at Florida's Disney World Resort from 31 July.

Carter said making his last shot, a three-pointer in a 136-131 loss to the New York Knicks, helped his decision to retire.

Speaking on the Winging It podcast, he said "I think if I didn't make my last shot, it'd have been a little different. I'd have been itching to, at least get back and just play one minute and just make one shot."

"With the coronavirus, it was taking people's lives rapidly -that's the big picture in my mind. I was able to put the weird ending, the abrupt stoppage of play to an ending, aside for the bigger picture."

Carter played for eight teams during his career but is best remembered for his time with the Raptors where he earned the nickname "Air Canada" for his slam dunking skills.

He was named rookie of the year in his debut season and was an eight-time NBA All Star.