Liverpool were back at their lethal best to beat Crystal Palace 4-0 at Anfield, moving within two points of securing the English Premier League football title. 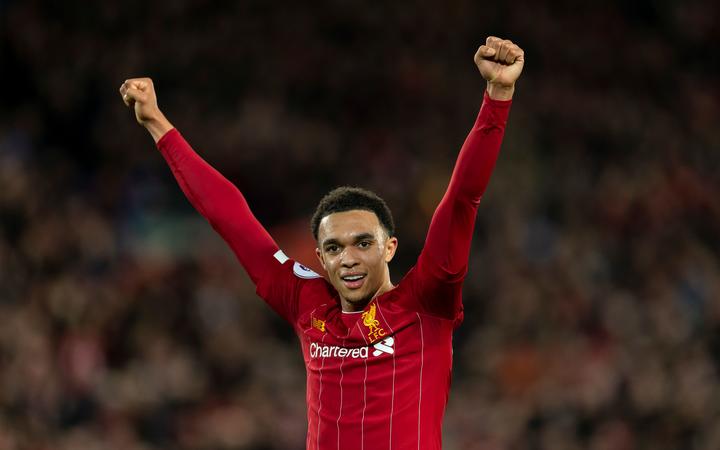 The victory, with goals from Trent Alexander-Arnold, Mohamed Salah, Fabinho and Sadio Mane, ensured Juergen Klopp's side could be crowned champions tomorrow if second-placed Manchester City fail to win at Chelsea.

Should Pep Guardiola's side win at Stamford Bridge, Liverpool could finish the job with a victory in their next game, against defending champions City, on July 2.

"We've worked hard for this over the past few years and as a squad this is what we've dreamed of. We're in a good position so hopefully we'll be able to get across the line pretty soon," said right back Alexander-Arnold, whose superb free kick broke the deadlock.

It was such a dominant performance from Klopp's side, who had been held to a 0-0 draw by Everton earlier this week, that Palace did not have a single touch in Liverpool's penalty area -- the first time that has occurred in the Premier League since Opta began collating such stats in 2008.

After the Liverpool anthem 'You'll Never Walk Alone' was played in front of the empty stadium, Roy Hodgson's Palace suffered an early blow when Wilfried Zaha limped off injured in the 15th minute.

Alexander-Arnold fired Liverpool ahead in the 23rd minute with a perfectly-executed curling free kick into the top corner.

Salah doubled the advantage, a minute before the interval, chesting down a cross-field pass from Fabinho before skipping goalwards and slotting home.

Brazilian Fabinho made it 3-0 with a thundering drive from 25 metres out before Mane added the fourth, finishing off a classic break from Liverpool's front three.

Mane started the move, slipping the ball inside to Roberto Firmino who found Salah on the right, the Egyptian delivering a perfect pass to the on-running Mane who confidently drove home.

Liverpool have 86 points from 31 games with City 23 points behind ahead of their trip to Chelsea.

The French forward's first career treble was the first by a United player in the league since former manager Alex Ferguson retired in 2013 after they won their record 20th league title.

United stayed fifth in the standings on 49 points from 31 games, two behind fourth-placed Chelsea who have a game in hand.

Aston Villa missed the chance to climb out of the relegation zone after they salvaged a 1-1 draw against Newcastle United.