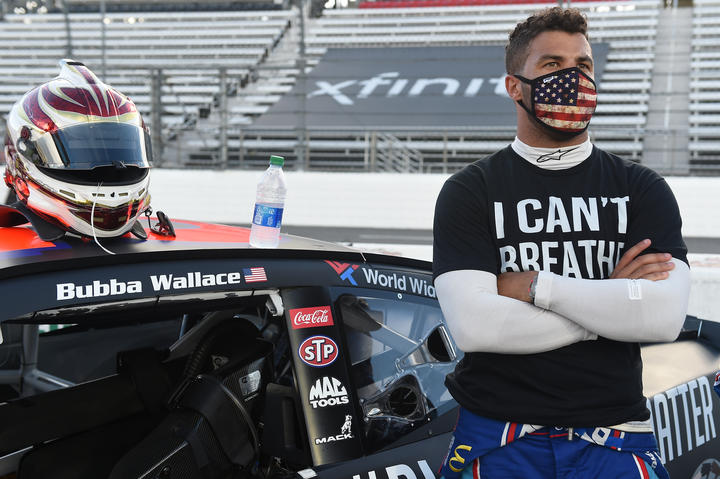 The noose found in Nascar driver Bubba Wallace's garage was actually a handle on a garage door and had been there since last year, an FBI investigation has concluded.

Nascar said it was "thankful to learn that this was not an intentional, racist act against Bubba".

Wallace, 26, had received messages of solidarity from fellow Nascar drivers and sports stars around the world after the discovery at the Geico 500 at Talladega, Alabama, with Nascar chief Steve Phelps vowing to "use every effort to find who has done this".

In a joint statement, US attorney Jay E Town and FBI special agent in charge Johnnie Sharp Jr said: "The FBI learned that garage number 4, where the noose was found, was assigned to Bubba Wallace last week.

"The investigation also revealed evidence, including authentic video confirmed by Nascar, that the noose found in garage number 4 was in that garage as early as October 2019.

Wood Brothers Racing were the last team to occupy the garage and they released a statement saying an employee had remembered seeing a "tied handle" on the garage door last October.

Earlier in June, Nascar banned the Confederate flag from all races. It came amid global protests against the death of George Floyd while in Minneapolis police custody.