The defending champion Pulse have marked their return to the ANZ Prempiership with a 63-39 win over the Northern Stars in Auckland on Sunday. 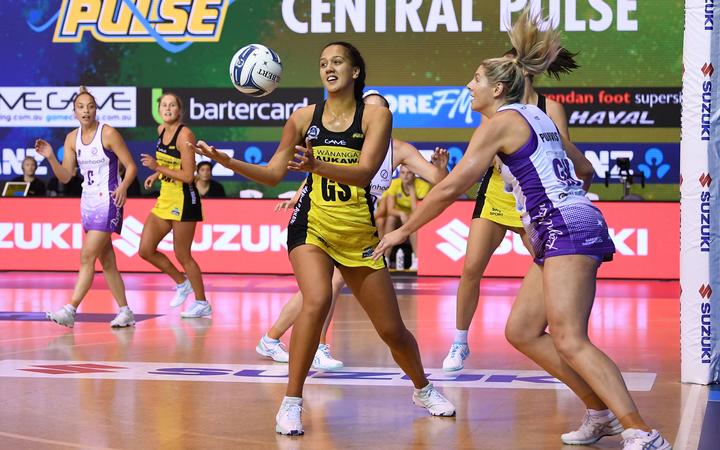 With multiple changes for this year, the Stars were up against a settled opposition in the rematch of last year's grand final and that familiarity paid off for the Pulse.

With the shortened quarters of 12 minutes for the duration of the league, the Pulse showed how important a quick start was as they rattled in the first five goals before the Stars found their feet.

Pulse shooter Aliyah Dunn provided a clinical performance under the hoop with a 44-goal return from 46 attempts while goalkeeper Kelly Jury made her presence felt with six intercepts and four deflections during her three quarters on court.

Finding their rhythm and flow on attack while getting more ball into shooter Maia Wilson's hands helped the Stars rebound strongly, surging back to leave the Pulse holding a 14-13 lead at the first break.

The Stars kept the Pulse in check during the opening exchanges of the second quarter before the defending champions lifted to another gear as they produced their highest-ever second quarter score in the ANZ Premiership.

Slick, accurate and efficient, the Pulse attack line went on the rampage with shooters Dunn (26/26) and Silver Ferns captain Ameliaranne Ekenasio (9/9) providing a masterclass under the hoop.

Tightening their grip at the other end of the court, Jury and Pulse captain Katrina Rore effectively reduced the Stars scoring opportunities.

Following a heady 21-8 second quarter bonanza, the Pulse took a firm grip on proceedings when leading 35-21 at the main break.

Looking to limit the damage, the Stars shifted Storm Purvis, from goalkeeper to goal defence, while introducing Oceane Maihi from the bench into the custodian's position but it was the Pulse who continued to dictate terms.

Up-and-comer Maddy Gordon, learning the new role of wing attack this season, showed her growing presence with her non-stop court coverage and feeding ability while a fully fit Jury continued to pick up intercept ball.

Widening their lead through the third stanza, the Pulse added another 17 goals while restricting the Stars to just eight as they took a commanding 52-29 lead into the final turn.