There were still a few tears when she left home for a second time, but the Nelson cyclist Niamh Fisher-Black couldn't wait to get back to Italy. 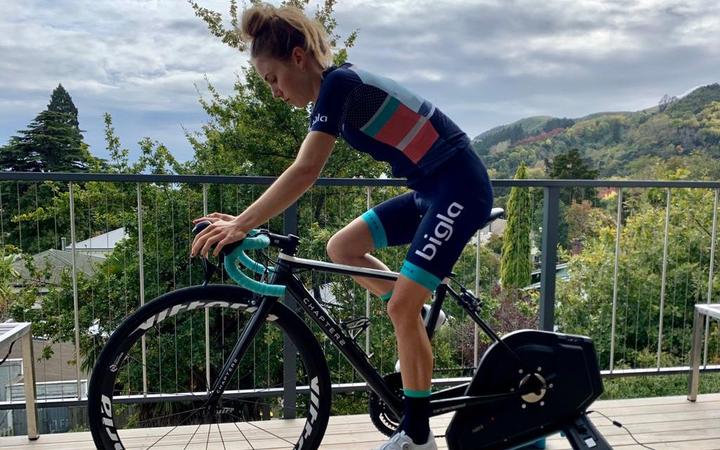 It's been a tough three months for the 19-year-old who is now back in Italy hoping to get in something that might resemble a full pro cycling season.

She was just a month into her first pro contract with Swiss Team Bigla-Katusha in Europe before she was forced home because of the coronavirus pandemic.

Fisher-Black hadn't even had a chance to race for her new team.

So she's spent the last three months training indoors before being able to get outside for a few rides with her brother Finn, who is also a European based pro cyclist.

The national road champion has been back in Italy for a week, having spent a fortnight in quarantine in the United Kingdom.

"As soon as things opened up in New Zealand and I could find a flight, I decided to go," she said.

Four months after saying good-bye to her parents for the first time at Nelson Airport, Fisher-Black went through the process again.

"It was really sad but I think they (parents) knew how much I wanted to be over here and obviously it was very scary for them knowing the situation in the world at the moment, it's not the easiest time to be travelling, but there wasn't much they could say that would have changed my mind I was pretty adamant I wanted to come back so I'm definitely in a good place."

She lives in the town of Gavirate which is in the northern lake district near Milan.

Her Bigla-Katusha team has racing plans from next month however getting together as a team is still difficult as many riders are still restricted in their travels within Europe.

Fisher-Black will share a flat with her team-mate and fellow New Zealander Mikayla Harvey.

"Being back riding in the Italian countryside is lovely, it's nice and warm... everything feels like its normal in Italy but I do have to make sure when I'm riding I carry a mask and sanitiser just to keep with the protocol." 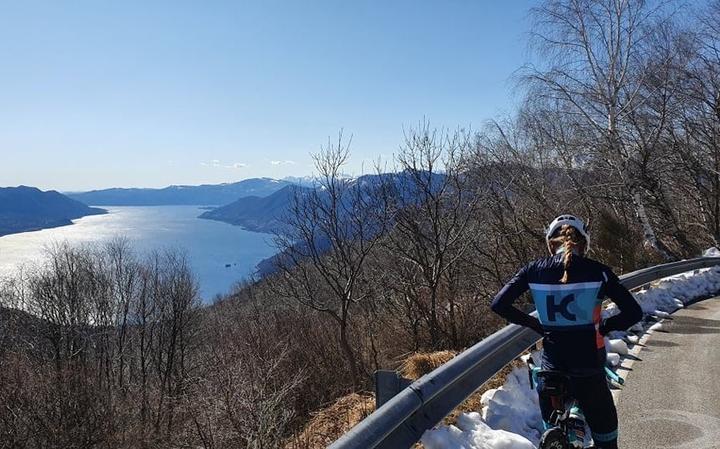 While it feels good now, Fisher-Black reflects on a few dark moment when she was forced to train indoors in Nelson during the Covid-19 lockdown.

"There were definitely a few daunting moments back in New Zealand thinking maybe I'll never get back, when will I get back and everything seemed so far in the future."

"I became so desperate just to get back and that's why I took the first opportunity I could and as soon as I arrived back I felt everything started to feel real again."

"Racing seems closer, I feel more motivated for my training and it's really nice just to come back and it feels like we're at the other side of this finally."

Now that she's back, she doesn't intend to remain on the sidelines.

"Our team sent us a calendar to tick all the races we wanted to do this season and I more or less ticked everyone as I'm really keen to get racing."

The UCI's revised world tour calendar starts on 1 August and runs till early November, although there are a couple of races scheduled for Spain in July.

"We've continued to be paid through all this and the team is in a good situation for the season ahead and the future is looking bright."