Latest - Daniel Berger emerged from a tightly-bunched leaderboard to win the PGA Tour's first tournament back after a three-month Covid-19 break with a playoff victory at the Charles Schwab Challenge in Texas. 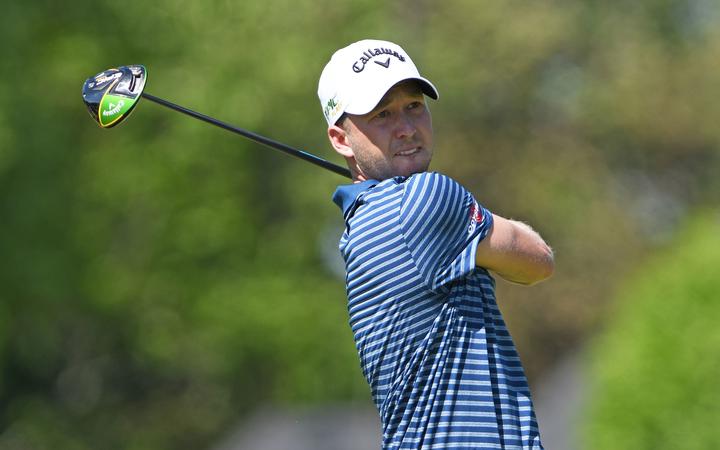 Berger, who needed a birdie on the final hole of his regulation round to make the playoff, sealed the win on the first extra hole with a rock-solid par moments before fellow American Collin Morikawa watched his putt from in close cruelly lip out.

When Berger sealed the win there was a brief handshake and hug with his caddie but no roars to be heard since Colonial Country Club was closed all week to the general public to help prevent spread of the novel coronavirus.

Berger, who began the action-packed day two shots off overnight leader Xander Schauffele, carded a four-under-par 66 to reach 15 under for the week.

The leaderboard at the start of the final round featured many of the game's best players and the action began with 13 golfers within three shots of Schauffele.

World number one Rory McIlroy began the day three shots off the lead but struggled over the front nine en route to a four-over-par 74 that left him nine shots adrift and in a share of 32nd place.

Highlanders keep it in the family 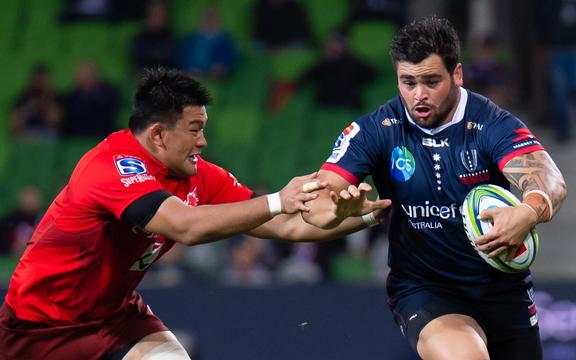 New Highlanders signing Jermaine Ainsley playing for the Melbourne Rebels against the Sunwolves in 2019. Photo: Photosport

The Wallaby prop Jermaine Ainsley has signed a two-year deal with the Highlanders that will see him join the Dunedin based franchise from next season.

The 24-year-old grew up in Central Otago and is the son of former All Black Joe McDonnell who played for both Otago and the Highlanders between 1999-2003 and made 8 appearances for the All Blacks .

Ainsley moved to Australia after college and in 2016 was picked for the Western Force where he spent two years before moving to the Melbourne Rebels with when the Force were dropped from Super Rugby. 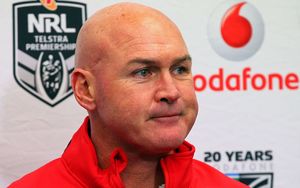 Facing a club-worst 0-5 start to the season with his side having not scored a try for two games, the under-pressure St George Illawarra coach Paul McGregor opted to use Hunt at dummy-half - a role he has played at Origin and Test level - instead of his usual place in the halves.

Hunt looked comfortable after coming on at the 22-minute mark at Campbelltown Stadium, pushing captain Cameron McInnes to lock. He had a hand in two tries and scored one himself.

After being dropped last week, Matt Dufty was a late inclusion at fullback.... he scored a try, recorded two try assists, 197 running metres and 10 tackle breaks to show why he can be a valuable attacking asset.

Initially set for a 6:30 pm kick-off, the match was brought forward two-and-a-half hours after the Roosters-Bulldogs clash scheduled for the earlier timeslot was postponed until Monday as Canterbury prop Aiden Tolman underwent a Covid-19 test. The test came back negative.

The stance of the International Olympic Committee in potentially banning athletes who kneel in support of anti-racism protests is a breach of human rights, the Global Athlete movement has said.

Rule 50 of the Olympic Charter states that "no kind of demonstration or political, religious or racial propaganda is permitted in any Olympic sites, venues or other areas".

Athletes breaking the rules are subject to discipline on a case-by-case basis and the IOC issued guidelines in January clarifying that banned protests include taking a knee.

"The IOC and IPC's (International Paralympic Committee) recent statement that athletes who 'take a knee'... will face bans is a clear breach of human rights," Global Athlete, an international athlete-led movement that aims to inspire change in world sport, said in a statement.

"Athletes around the globe were awestruck with this statement and demanded change."

Several major sports organisations have moved to allow protests at their events following the death last month of George Floyd, a black man who died in Minneapolis after a white policeman knelt on his neck.

The IOC said last week that athletes will decide how best to support the core Olympic values "in a dignified way" as calls to change regulations restricting protests at Olympic Games grow louder.

United States President Donald Trump says if won't watch NFL or MLS football games if players do not stand for the national anthem. 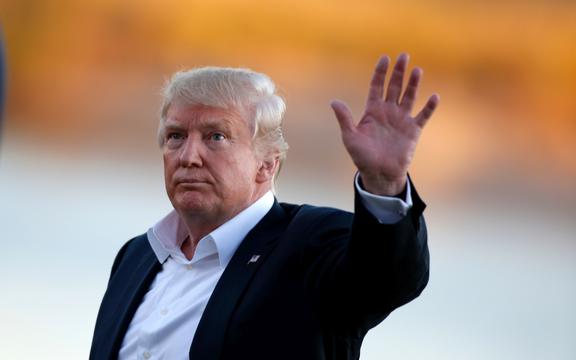 The U.S. Soccer Federation last week said it had dropped its requirement that players stand during the anthem, saying the policy was wrong and detracted from the Black Lives Matter movement.

The policy was adopted in 2017 after U.S. women's national team member Megan Rapinoe took a knee during the anthem before a game, in solidarity with NFL quarterback Colin Kaepernick, who knelt to call attention to racial injustice.

"I won't be watching much anymore," Trump tweeted in response to a report of Republican congressman Matt Gaetz criticising U.S. Soccer's move.

"And it looks like the NFL is heading in that direction also, but not with me watching," Trump said.

NFL Commissioner Roger Goodell said this month that the league had made mistakes in not listening to players and denounced racism in the country amid protests over police brutality against black people.

The semi finalists have been found in the New Zealand Tennis Premier League.

Hikurangi have finished round robin top of the table after a 3-0 win over Aoraki. They will face Rangitoto in the first semi final today. Mauao (Mt Maunganui) will play Horokoau in tomorrow's second semi.

Mauao finished second on the ladder despite losing their final round robin match 2-1 to Rangitoto who squeaked into the semi-finals along with Horokoau.

Signed through 2021 with Queensland, the 32-year-old joined the Reds in late 2019 following nine seasons with the Brumbies in Canberra.

QRU CEO David Hanham said: "Henry has been a fantastic servant to Australian Rugby over the past decade.

Speight will be the fourth player to exit the Reds during the shutdown, after Wallabies lock Izack Rodda and young guns Harry Hockings and Isaac Lucas.

The Reds are due to bring in another Fijian winger in 24-year-old NRL star Suliasi Vunivalu next season, having signed him late last year on a two-year deal.

An emotional Novak Djokovic broke down in tears in front of a packed 4,000 crowd at his own tennis tournament after a 4-0 1-4 4-2 win over German Alexander Zverev sent fellow Serb Filip Krajinovic into the final. 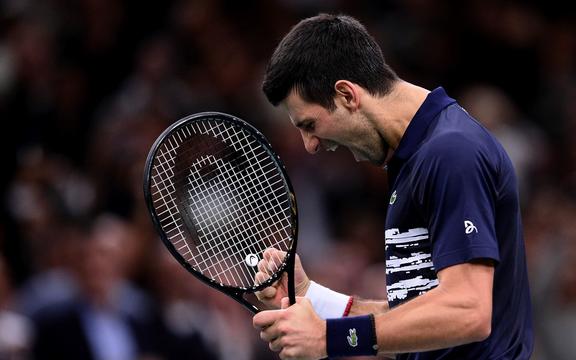 "I am not crying because I got knocked out of the tournament, I am just overwhelmed by emotion because this reminds me of my childhood," the 33-year-old told the crowd as he received a standing ovation from his compatriots.

"It's been an emotional few days and I want to thank everyone who made this possible. The important thing after this match is that we have one of our own in the final. I love you all and thank you so much for turning up."

The tournament, held at Djokovic's tennis complex by the Danube River in Serbia's capital, is the first leg of the charity event called The Adria Tour, with the second leg taking place in Croatia's coastal resort Zadar next weekend.

The third leg due in Montenegro on June 27-28 was cancelled over coronavirus concerns while the final leg is to be staged in Bosnia's city Banja Luka on July 3 and 4.

Chelsea midfielders Ruben Loftus-Cheek and Billy Gilmour scored twice each in a 7-1 friendly win over Queens Park Rangers as Frank Lampard's side stepped up their preparations for the English Premier League restart.

Mason Mount, Willian and Olivier Giroud also got on the scoresheet as Chelsea improved on a 1-0 victory over Reading in a similar warm-up friendly last week.

French midfielder N'Golo Kante, who made a return to full contact training last week after expressing concerns over his safety due to the novel coronavirus outbreak, started the game against Championship side QPR.

Lampard's side are fourth in the league with 48 points from 29 games ahead of the resumption of the season on Thursday following the COVID-19 disruption.

Chelsea are scheduled to face Aston Villa away next weekend in their first game back.