Beauden Barrett saw Dane Coles' eyes light up as the hooker barrelled towards him early in their Super Rugby Aotearoa clash on Sunday and was left with no doubt how his former Hurricanes teammate felt about his move to the Blues. 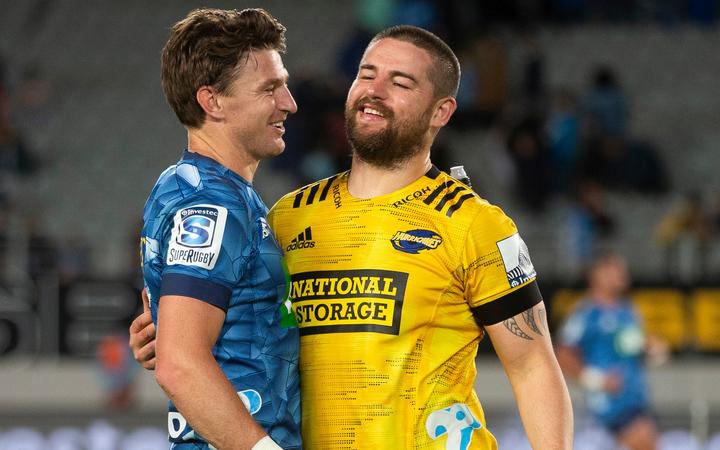 Coles smashed through final defender Barrett in the 15th minute to score his side's opening try, but the new Blues fullback had the last laugh with his side winning the match 30-20 in front of a sold out crowd of 43,000 at Eden Park.

All Blacks first five-eighth Barrett said Coles could not have wished for a better way to make his mark on the game.

"That was the moment he wanted eh?" a laughing Barrett said. "But I think it probably would have been better for him if I had the ball!

"He's a tough man to stop one-on-one. He's pretty quick and he still has got it. I just have to work on my covering tackles."

Barrett's debut for the Blues after nine seasons with the Hurricanes had been one of the main headlines around the return of professional rugby union after a near three-month break due to the coronavirus shutdown.

He acknowledged before the game he had played it over in his head a number of times and was reminded that several high profile Hurricanes fans would be at Eden Park stating their opinions of his new jersey.

Barrett said Coles seemed intent on reminding him that they used to be teammates.

"My back felt his shoulder somewhere towards the end of the game," a grinning Barrett said.

"I don't know where it came from. I'll have to check the tape."