Latest - Football Ferns head coach Tom Sermanni will stay in the job for another 12 months after his contract was extended to cover next year's rearranged Olympic games. 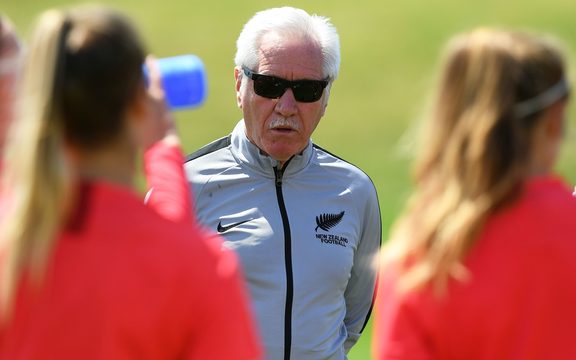 Since being appointed in 2018, the former Australia and USA coach has helped the New Zealand women's team qualify for both last year's World Cup and the Tokyo Olympics as well as notable wins over England and Norway.

"Whilst the past couple of months have been challenging for everyone in football, I'm excited about the future with this team," Sermanni said.

New Zealand Football ceo Andrew Pragnell said he was pleased to extend Sermanni's contract that was due to end in August this year.

"Tom has a wealth of knowledge and experience of the women's game, and we are looking forward to his continued development of the team ahead of Tokyo 2020." 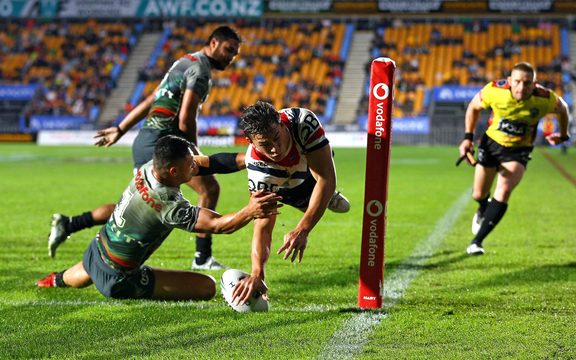 Joseph Manu scores for the Sydney Roosters against the Warriors. Photo: Photosport

Under NRL rules during the pandemic, teams board chartered flights for matches on the morning of a game and head straight to the stadium, before heading home after fulltime.

The Roosters are one of a number of sides to have won while flying interstate this season on game day, with the record of travelling teams slightly above 50 per cent.

Robinson says after the pandemic, sponsors could be found to foot the bill to keep chartered flights rather than using commerical flights or busing to games.

Parramatta adopted a somewhat similar approach at the end of last year of flying interstate on game days - but they used commercial flights and flew home the next day.

Eels coach Brad Arthur has also indicated he prefers the fly-in, fly-out method, and would like to stick with it on chartered flights if costs are not an issue.

Pakistan's head coach Misbah-ul-Haq insists the decision to tour England this summer has no strings attached regarding a return visit.

The Pakistan Cricket Board has named a 29-man squad to contest three Tests and three Twenty20s in August and September, following the example of the West Indies who are currently preparing for next month's 'bio-secure' series in England.

Despite the stringent health and safety protocols devised by the England and Wales Cricket Board, both teams have still committed to long spells away from home at a time of great uncertainty due to the COVID-19 pandemic, as well as basing themselves in a country that has yet to fully control the spread of the virus.

England have not toured Pakistan since the terror attack on Sri Lanka's team bus in 2009, instead playing at neutral venues in the United Arab Emirates, but with international cricket having gradually returned to the country in recent years that could soon change.

Misbah is clear that there is no reciprocal element to the forthcoming series but stressed his desire to see more teams return to Pakistan.

"It is not in our minds that we are coming and keeping in view something that the ECB has to do for us in return," he said.

"At the moment the PCB is just thinking about the restart of international cricket but it's important for the cricket fans in Pakistan and also for Pakistan cricket that countries start touring Pakistan."

France's mountain biking Olympic champion Miguel Martinez is set to resume his career on the road at the age of 44 after signing a six-month contract with the Amore e Vita team following a 12-year hiatus.

"It's a six-month renewable contract," Martinez, who won the gold medal in the cross-country mountain biking event at the Sydney Olympics in 2000, told sports daily L'Equipe.

"It's not paid but passion is more important than money."

Martinez had a taste of road cycling when he finished 44th in the 2002 Tour de France with Mapei and when he rode for Phonak in 2003 and Amore e Vita in 2008 before ending his career.