Jordan Spieth's decision to work on his mental game during the PGA Tour's three-month break paid off as he recovered from a late ugly stretch at the Charles Schwab Challenge to card a 65 and seize momentum. 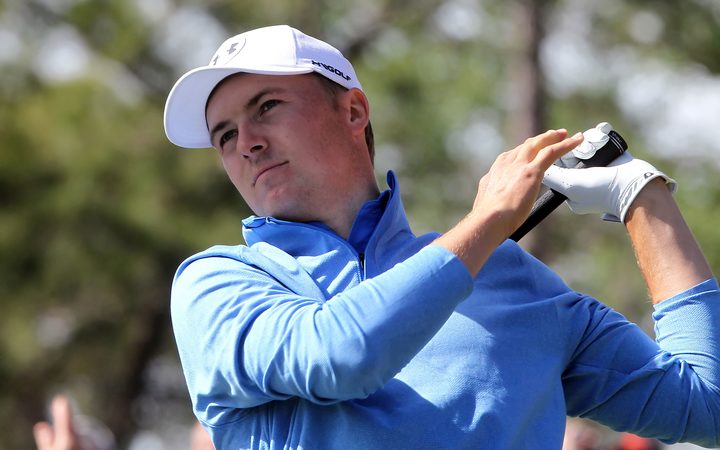 Former world number one Jordan Spieth is at the top of the field in the PGA Tour's return. Photo: PHOTOSPORT

Playing the back nine first, the Texan grabbed the lead in Fort Worth with six birdies through his opening 11 holes but ran into trouble with a four-putt double bogey on the third and a bogey on the fourth.

Instead of giving into frustration, the 26-year-old kept his poise to birdie the next two holes to finish one stroke behind leader Harold Varner III at 10-under par through two rounds.

"I did a really good job of staying very neutral where I'd been kind of getting really negative or down on myself in the past," he said.

"I felt that I gave myself some grace to say, look, I haven't really been practising a ton of those short-range putts.

The PGA Tour's break, which began in mid-March to stem the spread of the coronavirus, came at a good time for the former world number one, who struggled in his first five events of the year.

The three-time major champion, who fell out of the top 50 in January for the first time since 2013, is hoping for a strong finish at the spectator-free Colonial, where he won in 2016.

"I played a really, really solid round of golf with a 20-minute hiccup for a couple holes," he said.

"With eight birdies around this place, it's nothing to complain about.

"I'm obviously very pleased with the position I'm in."

New Zealand golfer Danny Lee finished the second round on par tied for 80th and will miss the cut.