Super Rugby Aotearoa is about to kick off for sports starved fans in New Zealand, so can anyone stop the Crusaders from marching to another title? 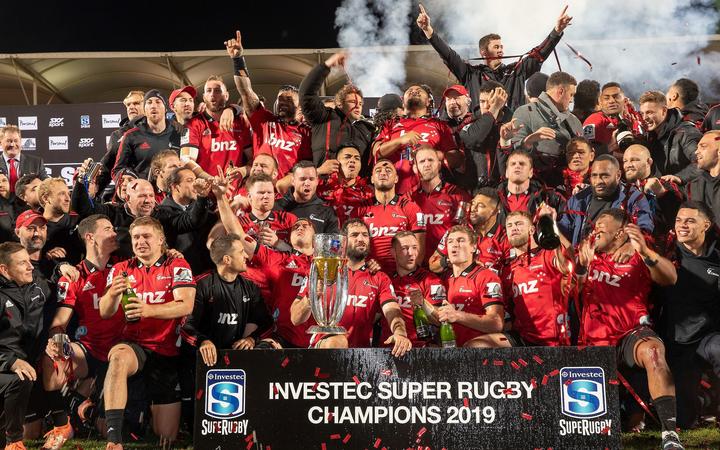 The competition starts tomorrow night, with the Highlanders hosting the Chiefs in Dunedin, before the Blues take on the Hurricanes in Auckland on Sunday afternoon.

The five New Zealand sides will play each other twice over ten weeks, with the team who finishes at the top of the standing's crowned champions.

Crowds will be there too, with 20,000 people expected at Dunedin's stadium tomorrow (16,000 tickets sold as of Thursday night), while more than 34,000 tickets have already been sold for Eden Park the following day.

While the competition is new one thing remains the same - the Crusaders being favourites with the bookies and most pundits.

Even ardent Hurricanes supporters from the Waikanae under 10's are in agreement, the defending champion Crusaders are the team to beat, as hard as that might be to admit.

"The Crusaders theoretically are going to win, but I don't want them to win, I want the Hurricanes to win. Most of us think the Crusaders will win." 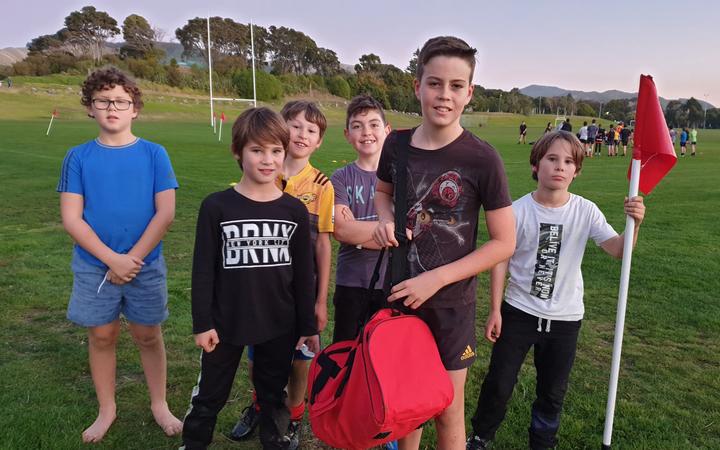 The bookies agree with the Waikanae youngsters - the Crusaders are paying just $2 to take out the tournament.

Due to the draw however the favourites won't be in action during the first round.

Assistant coach Jason Ryan concedes not playing on opening weekend is somewhat anti-climactic, but it gives them a look at the other teams and a chance to play a no holds barred game between themselves.

"Training yesterday was reasonably tasty and we've got a bit of an internal hitout coming up which will no doubt be pretty 'friendly' as well haha, the boys are definitely keen to start. But (the bye) gives us a good chance to have a look at the other teams and the first games and get a feel for it. How the referees interpret and enforce the rules etc."

While the Crusaders are at short odds the Highlanders are rank outsiders, paying more than $30 to win the competition.

However, the southerners have picked up a couple of big name recruits, including former All Black wing Nehe Milner-Skudder, and coach Aaron Mauger is confident they can defy the doubters.

"We know that we can perform better as a team and certainly my job to lead that so time will tell mate," he said.

"I don't want to talk it up too much because we have to go out and do it but I feel we're on the right track and now it's up to us to get out there and hit the ground running against the Chiefs."

The Chiefs are seen by many as the likely contenders to the Crusaders throne and Chiefs fullback Damian McKenzie says the side's confidence matches the external expectations.

"It's been an interesting year and it would be pretty cool to look back and say, that Covid year, who won that and hopefully say the Chiefs won it.

"I'd be lying if I said I wasn't confident we could win the whole thing, we've got a great squad, coach and plenty of depth. It's not going to be easy though, everyone's going to be fighting each week." 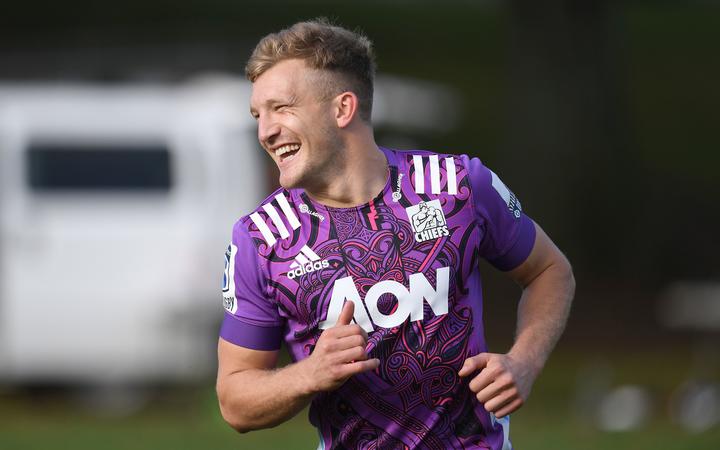 McKenzie missed last year's World Cup due to injury and only played a handful of games before the Super Rugby season was shut down.

He's chomping at the bit and has his eyes on reclaiming his place in the All Blacks.

"New Zealand derby games every week in a New Zealand comp and it's basically an All Black trial every weekend.

"There's no better way to test yourself than to test yourself against the best players in the country and this new competition. No doubt there will be more focus on individual matchups with All Black honours possibly on the line, but I've just got to play well for the Chiefs and the rest will sort itself out."

"We recognise how hard the NZ derbies are and the players know how tough it is. Players are going to hold nothing back. They see it as bragging rights for 12 months so every game is almost like a trial for higher honours.

"Whoever wins this, everyone's going to remember it."

Gatland said leaving out All Blacks captain Sam Cane, who has a stiff back, and putting star first-five Aaron Cruden on the bench, is part of his rotation plan, with player welfare crucial in the five team competition.

The Chiefs will be without five injured tight forwards, including All Blacks Nathan Harris, Angus Ta'avao and Atu Moli.

However, All Black forwards loosie Luke Jacobson and prop Nepo Laulala are back from injury and both will start.

The Blues and Hurricanes are paying $5 and $7 to win the tournament respectively, and many Blues fans will be thinking this is their year after the signing's of current and former All Blacks first-fives Beauden Barrett and Dan Carter.

The Blues were in good form before the Super Rugby season was suspended and look a far better team than the one that's failed to make the playoffs every year since 2011.

It's expected Beauden Barrett will start at fullback when the team is named today, with Otere Black, one of the team's standouts before Super Rugby was suspended, retaining his place at first five. 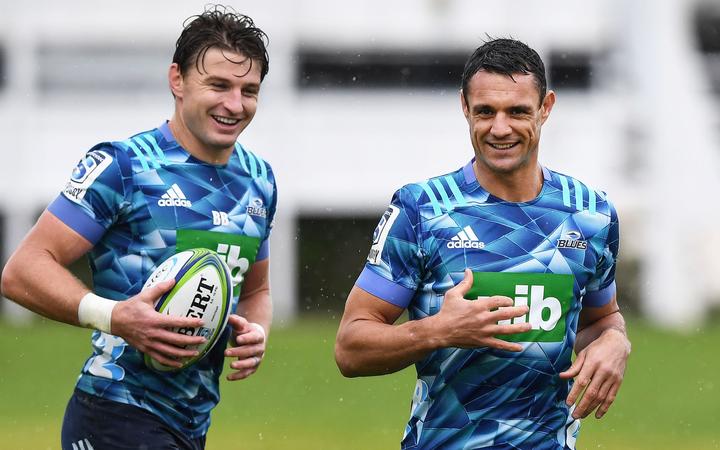 The Hurricanes have some star power but lack depth and injuries to some key players could derail their chances. Jordie Barrett is already out of the first round and could miss as much as three weeks of action.

The Canes tight five is also a little light, and players like All Blacks hooker Dane Coles will need to stay healthy and shoulder plenty of the load. However they still have the likes of Ardie Savea, TJ Perenara, Ngani Laumape and Vince Aso, so if their forwards can get parity, they will be a threat.

The return of Super Rugby is crucial to New Zealand Rugby's finances, with the organisation facing a 70 percent decline in revenue this year due to the Covid pandemic.

The Blues chief executive Andrew Hore says getting big numbers through the gates will provide a welcome monetary boost, but he's warning bumper crowds are no silver bullet for the club's finances.

"Although this gives us a bit of a hit, to help us get through or help to address some of the people's wages that need to be addressed and everybody that buys a ticket, we value it. But it's not rivers of gold out there and the next year or two due to Covid will be very hard. It's going to have to be a very conservative approach to our finances."

For these young fans it's not the money, but the return of their favourite sport and familiar traditions, that's most important.

It appears living rooms around the country might be a little louder tomorrow night, as Super Rugby returns to Aotearoa.