Susie Simcock, the former head of World Squash and a tireless advocate for women's sport, passed away last week.

Suzanne McFadden of LockerRoom talks to Kiwi sports stars and leaders about a pioneer, mentor, baker and friend. 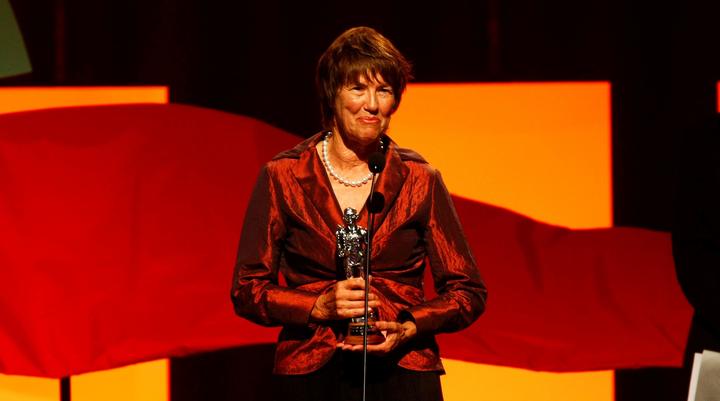 There was the time when Susie Simcock, the first woman to preside at the apex of World Squash, dressed as a man in Pakistan.

The details of that visit are sketchy. But it surprises no one who spent time with her during her 81 years. As a trailblazer for women in sport here and around the globe, it sometimes meant operating in places where there was not a lot of tolerance for women in leadership roles.

"She was one of those people who would never make a fuss," says New Zealand Olympic Committee head, Kereyn Smith.

"She wouldn't have been compromising being a woman, dressing as a man, but she knew that was what it would take to get the job done. On the one hand she would be a champion for women; on the other she would be very pragmatic."

Then there was the time when Simcock, a member of the New Zealand Olympic Committee for 12 years, offered to lend her clothes to the board newbie, Barbara Kendall.

"In those days, it was all very formal; still an old boys' network. I told Susie I didn't have any clothes to wear to these Olympic meetings; I didn't own a blazer. But she said I could borrow any of her clothes if I needed to," triple Olympic medallist Kendall says.

"Susie was the one who helped me into that [governance] space. She always had my back. And she was always there to give you a cuddle and make you feel welcome."

And there were the many times that Simcock took care of a young Dame Susan Devoy as she stormed onto the world squash scene.

"Not only was she a well-organised team manager, but when we trained in Auckland, she would always bring us lunch," Devoy, the four-time World Open winner, says.

"I told her the other day: 'I hope you passed on your famous shortbread recipe to someone'." Simcock would still regularly drop her coveted shortbread into the NZOC office in Parnell.

"She was a bloody good physio too, who got you back on court pretty quickly," Devoy says.

"I know I would have been as difficult as hell in those early years. I was intolerant, and I was obsessed, there was one thing that mattered and that was winning. But Susie had a great way of letting me be who I needed to be and managing me at the same time. She was fantastic." 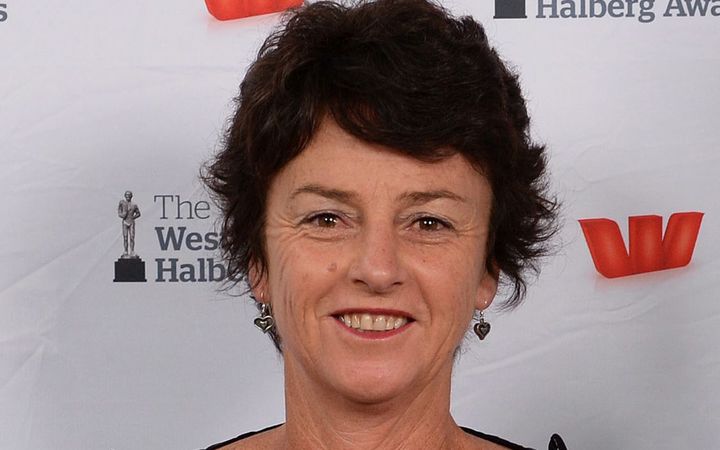 Simcock and Devoy had been working together again recently, to help review high performance in New Zealand Squash.

"We were good cop and bad cop in the latter years," says Devoy. "She did everything positively with a smile, so diplomatically, and I was rip, shit and bust.

Susie Simcock didn't start playing squash until she was in her 20s, after her three children were born. She'd been a talented athlete growing up in Taranaki, and trained in physiotherapy.

The wife of a neurologist, she would go to functions with other wives of doctors "and have nothing in common with them," Devoy says. "Then a couple of women said: 'Would you like to learn to play squash, Susie, at College Rifles?' And that was the start."

Rather than making it a midweek past-time, Simcock took squash seriously - making it to No.8 in the country. She got her first taste of administration managing New Zealand teams.

"Susie was one of those unique people who managed to play sport and volunteer at the same time - and do them both incredibly well," Devoy says.

"I never worked out how she did it all with three kids - even after I had four kids."

In the week before she died, Simcock posted Devoy three exercise books filled with diaries of their overseas trips. "She rang me last Monday and said: 'Have they arrived?' And I said: 'Yes I'm laughing my head off'," Devoy says.

Simcock was director of the 1987 women's world squash championships in Auckland (won by Devoy).

She then began her 20-year relationship with the World Squash Federation - making a massive breakthrough in the sport in 1996, as the first woman to become world president. She is still the only woman to hold the job.

"What she did was pretty phenomenal considering - like most sports - it was incredibly male-dominated. She paved the way for women," Devoy says.

When her term ended in 2002, Simcock was so highly regarded in the squash world, she spent another six years as emeritus president. She was a mentor to her successor, squash legend Jahangir Khan, who she'd convinced to join the board.

"She was always very helpful to me and had boundless energy, in fact I often found it difficult to keep up with her," Khan said in a World Squash release after she died. "I have met many women in the world of international sport and she was totally different. She had a wonderful personality and lots of people learnt a lot from her."

Simcock then spearheaded the drive to make squash an Olympic event, coming agonisingly close when it was voted onto the programme for the 2012 London Games, and then overturned.

"Her greatest disappointment would have been squash not getting into the Olympics," says Devoy. "I'm sure she encountered a hell of a lot more of the patriarchal, chauvinistic stuff than she ever let on. She was the ultimate diplomat."

Later she would take up golf, giving it the same gusto as she had squash. She was on the board of Women's Golf NZ and then NZ Golf, and played at the World Masters Games, even winning a silver medal. Of course, that led to another job - for eight years, she was a governor of the International Masters Games Association.

Throughout her life, Susie Simcock, ONZM, strived to make a difference for women in sport.

Among her roles, she chaired the NZOC's Women in Sport committee and was the first female on the General Assembly of International Sporting Federations.

Her work promoting women's sport and gender balance was recognised in 2010 with the IOC Women in Sport's Oceania Trophy.

Simcock had a passion for getting more women involved in sports governance and even developed guidelines to help national sports bodies to improve gender balance on their boards (something still being worked on today).

She proved to be the ideal mentor for former athletes like Barbara Kendall and Katie Sadleir.

Olympic synchronised swimmer Sadleir is now head of the women's game at World Rugby in Dublin, and was influenced by Simcock in "my formative years as a young sports professional" working for a string of New Zealand sports organisations.

"Susie had so many impressive leadership roles for us to learn from but, in particular, it was her involvement with me at the New Zealand Sports Foundation that I had the honour to learn the art of subtle, strategic, political manipulation to ensure we did the right thing to get the best result," Sadleir says.

"She was pivotal in helping design the early targeted investment programmes to support talented athletes achieve exceptional results - many of whom have become world champions and Olympic medallists.

"She moved in some lofty circles of sporting power, yet she always was so down to earth and caring. We had so many laughs through some challenging and exciting times."

Kendall, who went on to serve on the IOC for over a decade, had huge respect for the way Simcock handled tricky situations.

"She was never going to rustle feathers. She always did everything calmly and with a big smile. She had a great way of honesty and diplomacy at the same time," she said.

"That woman was so inspirational, so young at heart and so ahead of her time. I want to be like her when I'm 80."

Kereyn Smith will remember Simcock as a woman who was comfortable anywhere, from the local clubrooms to an IOC session. "She had the ability to flit around the room and connect with everyone. It's not a common characteristic," she said.

"It isn't just what Susie did, it's how she did it. What defines her is her positivity, her energy and the amazing ability to connect and relate. She would always make herself available to people." 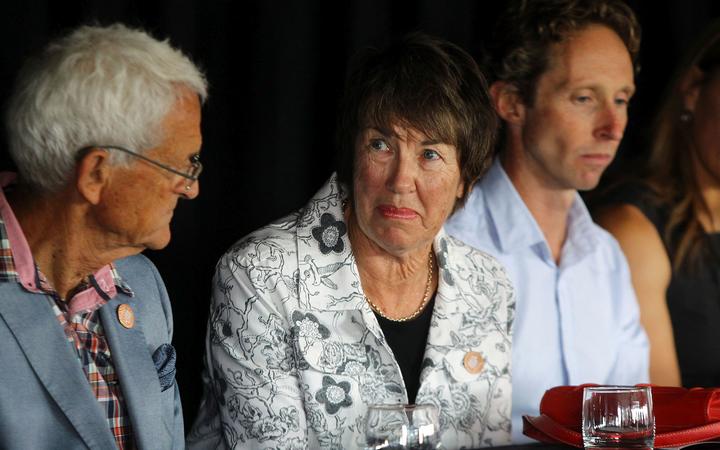 Susie Simcock was comfortable everywhere from a clubroom to an IOC meeting. Photo: PHOTOSPORT

There's a common theme when you talk to those who knew Simcock - her energy belied her age, and she had the knack of lighting up a room.

"She was one of life's lovely people," says Olympic hockey gold medallist Dr Selwyn Maister, chair of Paralympics NZ. "Such an easy person to talk to - you had her full attention. Everyone who knew her, loved her. Everyone felt happier when Susie arrived.

"She wasn't just there for her own benefit - she was an effective leader. You don't get many New Zealanders running world sports organisations; she was certainly a pioneer."

"Some of our Paralympians would go along to the golf day, and long after everyone had gone home, Susie would still be there with them, taking a real interest in their stories," Maister said.