New Orleans Saints quarterback Drew Brees has apologised for his comments about "disrespecting the flag," that caused outrage among athletes supporting the fight against racism, saying they "were insensitive and completely missed the mark." 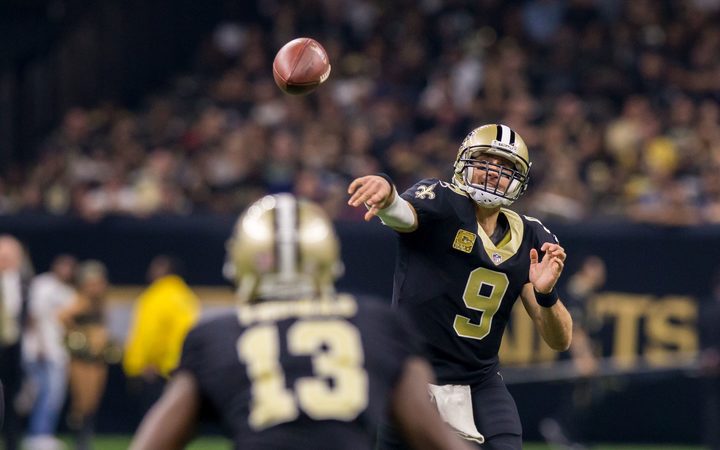 "I would like to apologise to my friends, teammates, the City of New Orleans, the black community, NFL community and anyone I hurt with my comments yesterday," Brees wrote in an Instagram post. "In speaking with some of you, it breaks my heart to know the pain I have caused."

In an interview with Yahoo Finance on Wednesday, Brees said he "will never agree with anybody disrespecting the flag of the United States of America or our country." He later told ESPN that he stands with his teammates in "fighting for racial equality and justice" but also with the military, in which his two grandfathers served.

Brees had been asked about his stance on players who kneel in protest during the national anthem, and his expectations after the death of George Floyd, who died in police custody on May 25. Brees' comments brought widespread rebukes from teammates including Malcolm Jenkins, Michael Thomas and Cameron Jordan, as well as others around the NFL and even other sports, such as the Los Angeles Lakers' LeBron James.

Jenkins, a member of the NFL Players Coalition for racial equality and social justice, said of Brees in a later-deleted Instagram video, "It is unfortunate because I considered you a friend, I looked up to you, you're someone I had a great deal of respect for, but sometimes you should shut the (bleep) up."

Brees, 41, was teammates with Jenkins from 2009-13 until the defensive back signed with Philadelphia. Jenkins returned to the Saints this offseason.

"In an attempt to talk about respect, unity, and solidarity centred around the American flag and the national anthem, I made comments that were insensitive and completely missed the mark on the issues we are facing right now as a country," Brees said Thursday in his apology. "They lacked awareness and any type of compassion or empathy.

"Instead, those words have become divisive and hurtful and have misled people into believing that somehow I am an enemy. This could not be further from the truth, and is not an accurate reflection of my heart or my character."

He added that he stands with the black community opposing racial injustice and police brutality and working toward policy changes. He concluded, "I am sick about the way my comments were perceived yesterday, but I take full responsibility and accountability. I recognise that I should do less talking and more listening...and when the black community is talking about their pain, we all need to listen. For that, I am very sorry and I ask your forgiveness."

Linebacker Demario Davis said in an interview on CNN that he appreciated Brees' apology, calling it "a form of true leadership."

"What we had hoped the first time was that Drew would elaborate more on racism and the sentiments of the black community," Davis said on CNN. "And he admitted he missed the mark. So for him to come out and say, 'I missed the mark, I've been insensitive, but what I'm gonna start doing is listening and learning from the black community and finding ways that I can help them,' I think that's a model for all of America. ...

"For him to admit that he was wrong and say, 'You know what, I can do better, and I will do better,' I think that is leadership at its finest."

Saints head coach Sean Payton praised Davis' comments in a Twitter post, writing, "@demario__davis you're a special man. This is another example of why I love OUR Team.#ChangeIsComing."

"I could've easily got on social media and attacked @drewbrees yesterday," Armstead wrote on Twitter. "His comments were extremely insensitive, dismissive, and flat out disappointing. Knowing him personally and his character I decided not to do so, and addressed things internally... Speaking with him and a few of my teammates we know that accountability and responsibility is the only way to move forward from this."

In the week and a half since Floyd's death, people by the thousands have protested in cities throughout the country.

Former Minneapolis police officer Derek Chauvin, who is white, was arrested last week and charged with third-degree murder and second-degree manslaughter. The murder charge was upgraded to second-degree murder on Wednesday. Video showed he pressed his knee on the neck of Floyd, a black man, for more than eight minutes, leading to Floyd's death.

Three other former Minneapolis police officers were charged Wednesday with aiding and abetting a murder. All four officers were fired after Floyd's death.