The former All Blacks coach who had Dan Carter in his team for most of his international career describes him as possibly the greatest first-five the game has ever seen - and expects him to be ready for Super Rugby Aotearoa. 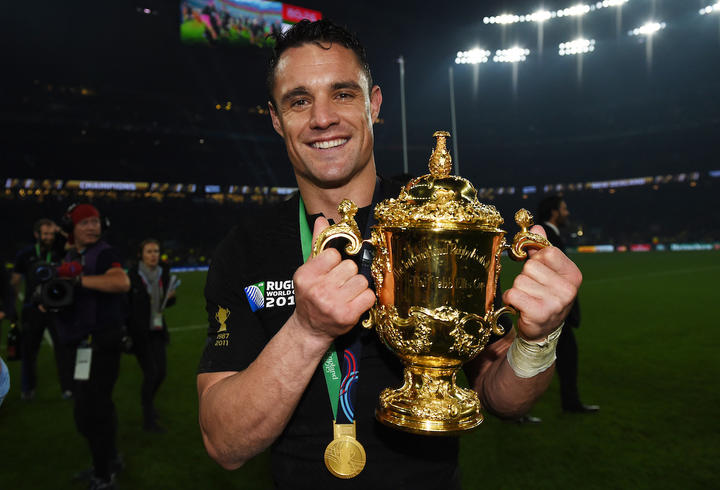 Sir Graham Henry has called Carter's return to playing rugby in New Zealand "marvellous" and said the new Blues signing would be a big drawcard for rugby fans around the country when the competition kicks off next week.

The 38-year-old two-time World Cup winner joined the Blues for the first time today and said he is unlikely to take the field straight away.

"I have not played for several months so it will be a number of weeks before I am ready to be considered to play and then only if my form warrants it."

However, Sir Graham told Midday Report that despite his age Carter was still in top form.

"He's been playing at probably a similar level in Japan and he played outstanding rugby, so I don't think that will be any different here.

"He's maybe the greatest five-eight that has ever played the game, and that's a big statement but he is certainly right up there, and I think it is fantastic at the age of 38."

Carter is a free agent after leaving Japanese club Kobe and comes to the Blues as injury cover for Stephen Perofeta, who has a broken foot.

The former Crusaders star said during the lockdown he realised how much he missed rugby.

"Leon is a good mate and we spoke about me helping out. For me it is a chance to mentor some young players and give back to New Zealand Rugby.

"I have not played for several months so it will be a number of weeks before I am ready to be considered to play and then only if my form warrants it."

Blues coach Leon MacDonald messaged the team on Wednesday to tell them Carter was joining the side.

"His motive is to give back to NZ Rugby by sharing his experience/knowledge with us.

"Great opportunity to learn from one of the games' greats," Macdonald wrote.

Carter, a three time world player of the year, left New Zealand rugby after helping guide the All Blacks to a second straight World Cup title in 2015.

Since then he's played in France and Japan.

Carter joins current All Blacks first-five come fullback Beauden Barrett at the Blues, after the latter left the Hurricanes at the end of last season.

Barrett is yet to debut for his new team after taking an extended off-season break, before Super Rugby was suspended due to the coronavirus.

There's speculation Barrett could play fullback with Otere Black impressing at first-five before the season was shut down.

Carter is likely to be on the bench, but if he can reach the levels of performance he has in the past, he could well push for a starting spot.

"For Dan it is not about the money. He is here as a favour, with a desire to give back to the sport. We are only a few minutes from his home so it works out for everyone and we are thrilled," MacDonald said.