The Sunwolves final season in Super Rugby is over after the Tokyo-based team's bid to play in a domestic tournament in Australia fell through due to Covid-19. 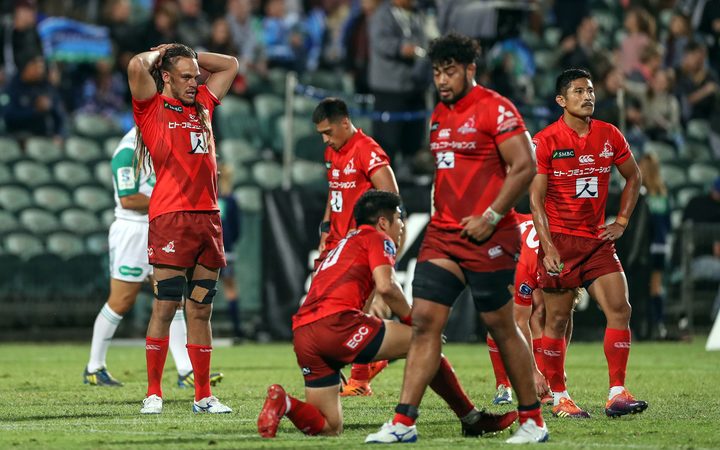 With rugby preparing to return from the coronavirus shutdown, Japan's Sunwolves had been in talks to join Australia's four Super Rugby teams and Perth-based Western Force in a 12-week tournament slated for July-September.

However, Rugby Australia (RA) said earlier on Monday that travel curbs and border controls had made it too hard to involve the team.

Sunwolves CEO Yuji Watase said it had been an honour to play in Super Rugby.

"It is extremely unfortunate and disappointing but the reality is that the Sunwolves time in Super Rugby has come to an end for now," Watase said in a statement.

"It has been an honour and privilege for us to be part of the toughest rugby competition in the world."

The Sunwolves were playing their last Super Rugby season in 2020 after the competition decided to cut them last year.

The team drew decent crowds to home games in Japan since joining in 2016 but struggled against the southern hemisphere's established teams, winning a total of nine games.

The Super Rugby season was suspended in March due to the coronavirus but even if it does restart the Sunwolves said they would play no part.

"With the implications of COVID-19 and the significant changes to the 2020 SANZAAR Super Rugby season the Sunwolves will no longer take part in any amended format of the competition," the team said.

Governing body SANZAAR has yet to officially abandon the season but the Sunwolves' exit makes it a foregone conclusion.

The Sunwolves have scheduled a media conference for Tuesday.

RA's interim CEO Rob Clarke said in a statement that the Sunwolves would have been "severely compromised" by a lack of preparation time.