Latest - Concern that several provincial rugby unions may be forced to pull out of this year's domestic competition are easing. 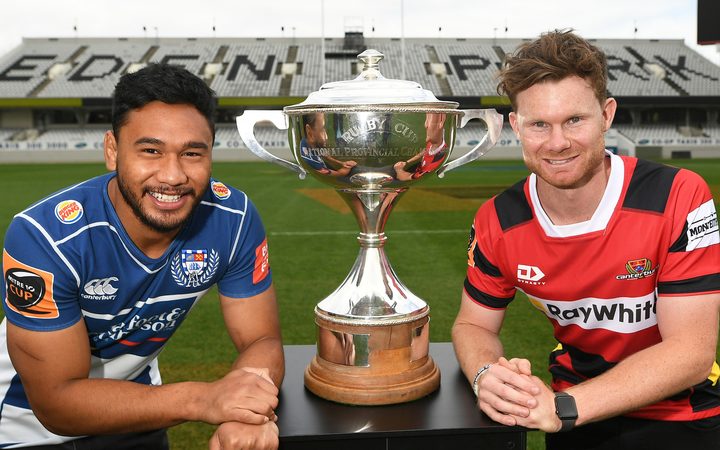 Financial pressures amid the Covid-19 pandemic have led some provinces to talk of withdrawal unable to pay players.

But New Zealand Rugby, the Players Union and Provincial Unions are working towards a final agreement.

Reports surfaced on Wednesday up to seven unions were in danger of withdrawing their teams from the 2020 competitions.

Under financial pressure due to Covid-19, the unions were said to be doubting their ability to pay their players.

But three of those unions - Wellington, Otago and Manawatu - have issued statements expressing their commmitment to both the Mitre 10 and Farah Palmer Cups.

Nichol says negotiations at a provincial level are advanced, and is optimistic of a good outcome.

Sunwolves a no go for Australia

Japan's Sunwolves are unlikely to take part in Australia's stand-in domestic competition with the country's four Super Rugby teams and Western Force because of logistical problems. 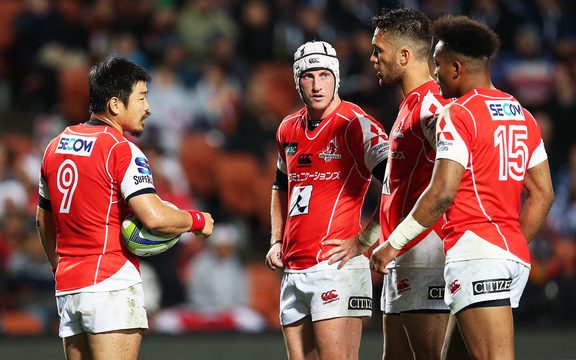 With no realistic prospect of Super Rugby resuming any time soon because of the COVID-19 pandemic, Australia have followed New Zealand's lead by planning a 10-week replacement competition, which they hope will kick off in early July.

The involvement of the Perth-based Force, cut from Super Rugby in 2017, looks set to happen but getting the Sunwolves into Australia and through a two-week quarantine process was working against the Tokyo-based team, the Rebels CEO Baden Stephenson said.

"Things are progressing really well with the Force but I think the international border restrictions are probably going to make it pretty hard for Japan," he told reporters in Melbourne on Thursday.

"At one stage they were thinking about using their Australian and New Zealand players and some Japanese players but I think that the more they worked through the process the harder it is looking."

The Sunwolves, who are due to depart Super Rugby at the end of this season, had said they would be eager to participate in Rugby Australia's proposed tournament in July as it would allow the side to leave a legacy before their exit.

Four New Zealand crews will lineup in the final of the World Rowing Fantasy Cup this weekend. 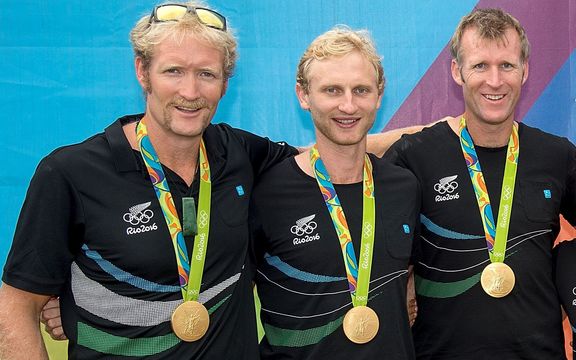 The men's pair of Eric Murray and Hamish Bond, who won 69 consecutive races and dominated two Olympic cycles, take on the legendary British pair of Steve Redgrave and Matthew Pinsent.

Last year's world championship winning women's eight take on the 2004 Romanian crew who were both world and Olympic champions.

Current world champions Zoe McBride and Jackie Kiddle are up against Romania's 2000 and 2004 Olympic champions in the lighweight double sculls.

The event is made up of the best of rowing's past and present and is voted on by fans.

Stam heads to the US 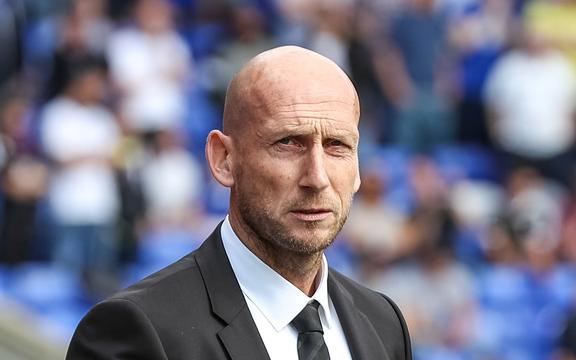 Stam, who signed a contract through 2021 with a one-year option for the 2022 season, takes over a Cincinnati side that had a league-worst 6-22-6 record in 2019 and lost their first two games this season before play was halted due to the Covid-19 pandemic.

The 47-year-old, who spent three years with Manchester United and helped them win the 1999 Champions League before joining Italian clubs Lazio and AC Milan, arrives in Cincinnati after a short coaching stint at Feyenoord.

He stepped down as Feyenoord manager in October after less than five months in charge with the Dutch top-flight club, who won three of their 11 league games under his leadership.

Promotion-relegation still on for lower leagues

Clubs in the lower divisions of the English Football League will still be promoted or relegated if the 2019-20 season is curtailed by the Covid-19 pandemic.

The EFL board said they had finalised a draft framework that would be adopted into its regulations in the event of a division ending their season, saying a 51% majority is required to curtail the season in any division.

League Two (fourth-tier) clubs in England unanimously voted to end their season last week while League One (third-tier) clubs failed to reach an agreement over ending their season.

Championship (second-tier) clubs will vote this week on how to conclude the season.

The EFL said the final standings would be decided by an "unweighted points per game" formula if required with promotion and relegation between divisions being retained.

Under the system, Swindon Town, Crewe Alexandra and Plymouth Argyle will be automatically promoted from League Two. Stevenage would be relegated.

Ashwin says playing with no spit will take practice

India's Ravichandran Ashwin says he will need practice to break the habit of applying saliva to shine the ball, an age-old ploy which faces a potential ban when cricket resumes after the coronavirus shutdown. 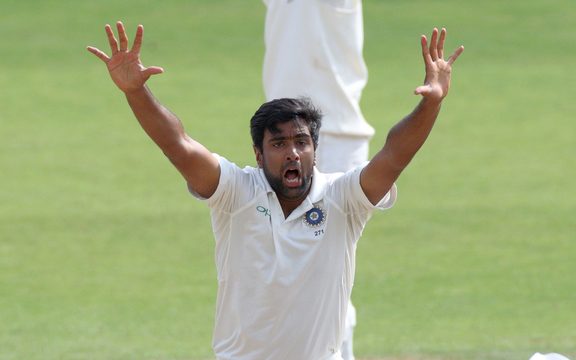 The International Cricket Council's cricket committee has said players can still use sweat to help shine the ball but recommended a ban on the use of spit fearing it could lead to the spread of Covid-19.

"For me as a bowler, putting saliva on the ball comes naturally, and it will take practice to avoid that," Ashwin said in an Instagram Live session for Delhi Capitals, his Indian Premier League franchise.

Cricketers have long used saliva and sweat to shine one side of the ball, altering the aerodynamics in an attempt to generate movement in the air as it flies towards the batsman.

Australia quick Josh Hazlewood said this week the proposed ban on using saliva to shine the ball will be difficult to police.

The health crisis has also changed the way players celebrate. Wary players had already begun to replace handshakes and high-fives with fist and elbow bumps when Covid-19 disrupted cricket in March.

Ashwin, India's preferred test spinner, said the new celebrations could be a throwback to the past.

"In the 1970s-80s, wicket celebrations meant fielders standing in their respective positions and clapping," said the 33-year-old.

"Things like high-fives and fist bumps are more recent. So when we all step out to play again, it may take time to get used to certain things, but we'll need to adapt."

The entire squad is nearing the end of a 14-day quarantine after three players tested positive for Covid-19.

However, the club said health authorities had not extended the collective quarantine and that only the infected pair would be isolated.

The club said on Thursday that all other members, including the three players who had previously tested positive, had returned negative results in the fifth batch of testing and could begin group training this weekend.

Meanwhile, Germany's third division is to to restart on May 30 amid legal threats and some clubs possibly not able to use their home stadium because of the coronavirus pandemic.

World Rugby Player of the Year Pieter-Steph du Toit has confirmed he will stay at South African Super Rugby side the Stormers after initially giving notice he would terminate his contract. 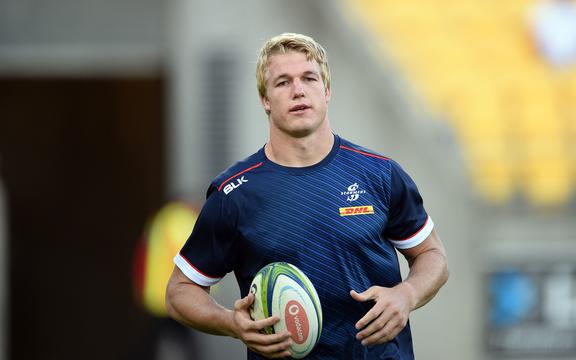 Players in South Africa had a 21-day window to opt out of their current contracts and become free agents in light of pay cuts forced on them by South African Rugby in a bid to save $120 million in expenditure in 2020.

The World Cup winning lock served notice of his intention to terminate last week, sparking speculation he would be making a lucrative move to play in Europe or Japan, but with the window now closed he has had a change of heart.

"The rehabilitation on his (thigh) injury is progressing well and we are looking forward to seeing him in a Stormers jersey again when we get back on the field.

Du Toit was injured against the Blues at the end of February, developing a haematoma that turned into acute compartment syndrome and put him at risk of losing his leg.

Top earners in South African rugby face cuts of up to 43% of their salaries between now and December.

This year's short-course World Swimming Championships in Abu Dhabi have been pushed back by a year due to the Covid-19 pandemic.

The competition, originally scheduled to take place in December, will now be held from December 13-18, 2021.

FINA had previously rescheduled the 2021 aquatics world championships in Fukuoka to May 13-29, 2022 to avoid a clash with the postponed Tokyo Olympics.