Eight months out from the start of the America's Cup challenger series in Auckland, syndicates are growing increasingly frustrated with what they say is a lack of communication from the New Zealand government about work visas. 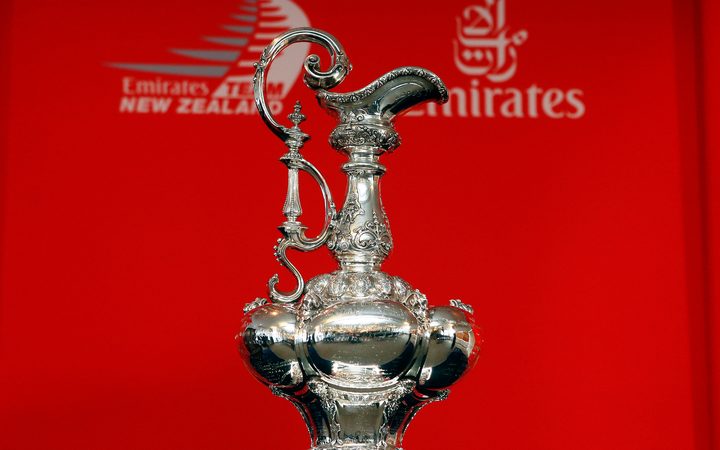 A veteran of 10 America's Cup campaigns, Australian sailor Grant Simmers, said there remains a lack of clarity over when challengers can arrive in New Zealand to begin preparing for the America's Cup - or even if the Cup will go ahead.

"The Kiwis, Dalts [Team New Zealand boss Grant Dalton] and his team have basically consistently said we want to hold the cup on schedule and the New Zealand government have been quite silent on that, which is frustrating to ourselves, the Americans and to the Italians, they haven't come out and said it's definitely on," Simmer said during a streamed interview with the Cruising Yacht Club of Australia.

Simmer is the chief executive of British challengers INEOS Team UK and is eager for his base-building staff and sailing team to get to New Zealand to prepare for the challenger series on Hauraki Gulf which is set to begin in January followed by the 36th America's Cup which is scheduled to start on 6 March.

"We don't know when we can come down to New Zealand. We're already needing to get a forward party of people there to get the base set up and start things happening," he said.

"The New Zealand government, all governments, have more important things on their plate than the America's Cup but we're hoping that they can spend a moment and give us an indication to tell us when our work visas can be processed and when we can get into New Zealand, it's hard for us to plan without that advice."

The New York-based American Magic syndicate has already set sail for New Zealand with their racing boat, Defiant, on a container ship expected to reach New Zealand shores next month.

The team has not had any assurances they will be able to enter and set up their base.

"They (American Magic) are getting a bit sh.... with the Kiwis, who don't mind playing a competitive game, and I don't think they are in any hurry to tell us when those visas are going to be issued and when in fact you can go to New Zealand," Simmer said.

Teams arriving in New Zealand for the sailing event are made up of more than 100 people, most of whom will require work visas, and Simmer said they expected to have to undergo two weeks of quarantine because of the coronavirus pandemic.