The head of New Zealand's National Basketball League is focussed on who they do have - not who they don't - ahead of the revamped 2020 competition. 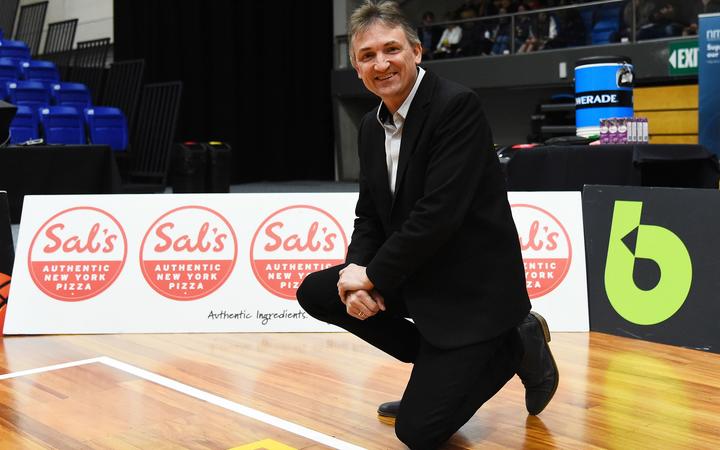 Tipping off on June 23, the six-week long league will include seven teams, all based in Auckland for the duration.

However, leading clubs the Wellington Saints, the Southland Sharks and the Hawke's Bay Hawks won't be involved.

Asked if he was concerned about the absence of those sides, NBL general manager Justin Nelson said he was confident the league would still be strong.

"We respect why they're not there and they have different reasons.

"Importantly, speaking with Southland the other day, they are encouraging their players to participate. Those players, from what we're hearing, want to do that so they'll be lining up for different teams."

That would be made possible by one of several innovations for the truncated league.

For the first time, the NBL would hold a player draft.

Nelson said they had tried to balance the need to be fair to teams, while also trying to add some interest.

"You're going to see some familiar faces with teams, there's no doubt about that [because] there is an opportunity for teams to pre-select.

"But at the same time the draft is going to provide other players within that pool with an opportunity to play, whether that be with a team that they've represented before, or in new colours.

"The most important thing is the talent is going to be spread."

The 70-plus players involved would be busy across the six weeks, with the schedule including two games a night, five nights a week.

But Nelson said they were doing all they could to prevent that, with every team getting at least two weeks off total across the 44 days.

"No team will play more than three games a week and the coaches are already thinking about how they manage the workload for all of their players.

"We're working with them, day in and day out, to make sure that the environment is the best that it can possibly be in what is a very changed world to what we were looking at two months ago."

Nelson said, when it got underway, the competition would be one of the few basketball leagues being played in the world, offering a big opportunity for an extended audience.

"We're going to have plenty of eyeballs from around the world watching us.

"It's great for the players. They'll get the opportunity to play in front of an audience off our shores and that may lead to future contracts and opportunities for them."