Latest - The disgraced American cyclist Lance Armstrong says he started doping at the age of 21 and his drug-taking could have contributed to his testicular cancer. 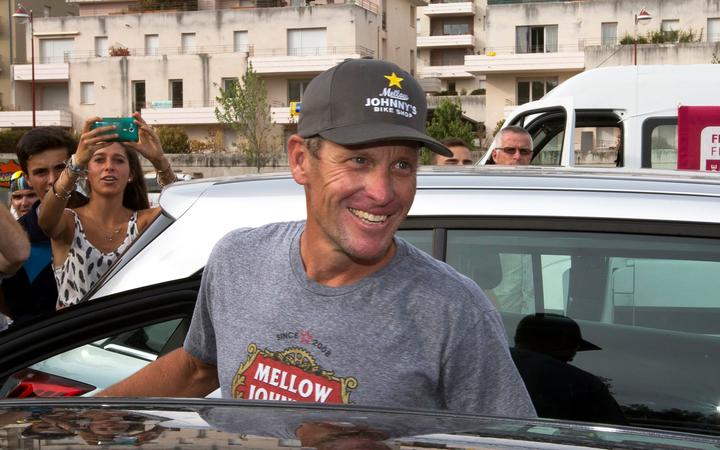 Armstrong has made the confession in an upcoming ESPN documentary.

The admission means he would likely have already been doping before he became the 1993 road race world champion.

Armstrong was stripped of his seven Tour de France titles and in 2013 publicly acknowledged his involvement in doping.

He was diagnosed with testicular cancer in 1996 and returned to cycling in 1998.

Warriors on the move

The Warriors head to Gosford today, their base for at least the first seven rounds of the National Rugby League. 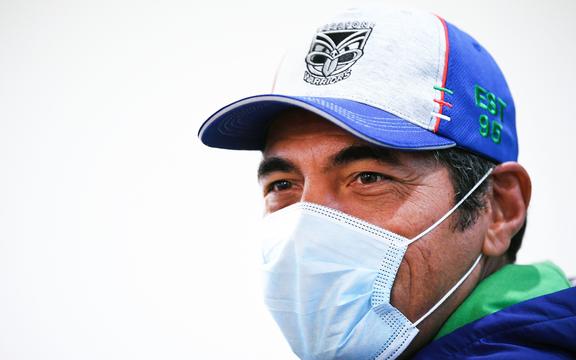 The Auckland club has spent the last two weeks in quarantine in Tamworth awaiting the return of the NRL next week.

They'll now head south to the New South Wales coast to base themselves in Gosford.

The NRL has announced the six venues to be used until the end of round nine, before a further review of the biosecurity situation.

The Warriors will play their home games at Central Coast Stadium along with Newcastle and Manly.

The Warriors along with the Melbourne Storm are the only two teams that will train daily out of the venue they will play at.

The other grounds to be used are in Townsville, Melbourne, Parramatta, Campbelttown and Brisbane.

The Warriors resume their season against St George Illawarra before taking on the Penrith Panthers.

Utility back Adam Keighran has joined the Warriors' growing injury list after suffering a knee injury in a training session in Tamworth on Monday night.

The 23-year-old is expected to have surgery this week and faces an extended period on the sideline.

The 2019 rookie made his seventh NRL appearance replacing an unavailable Peta Hiku in the centres in the Warriors' second-round clash against Canberra before the 2020 season was suspended.

Keighran becomes the third player lost to injury in the space of four days while in quarantine in Tamworth.

Prop Leeson Ah Mau will have season-ending surgery in Sydney this week after falling to a pectoral injury last Friday and loose forward Jazz Tevaga faces a period on the sideline after he also picked up a knee injury late last week.

English football's premier league says six people from three different clubs had tested positive for COVID-19 out of a sample of 748 individuals. 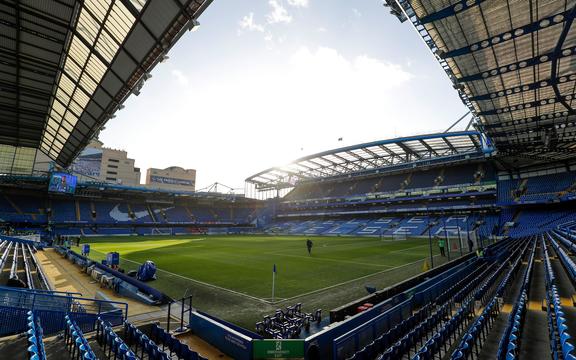 The tests were taken a couple of days ago ahead of the return to small group training.

The league wouldn't say who or what club the positive tests came from.

The league will decide early next week when to allow contact training as it looks for a June restart to the season which was halted mid March.

At the weekend Germany's Bundesliga became the first major European league to return to action.

Rowers from New Zealand, Australia, Canada and Britain are being challenged to row to the moon - or at least the distance from the Earth to the moon of 385 million metres to the . 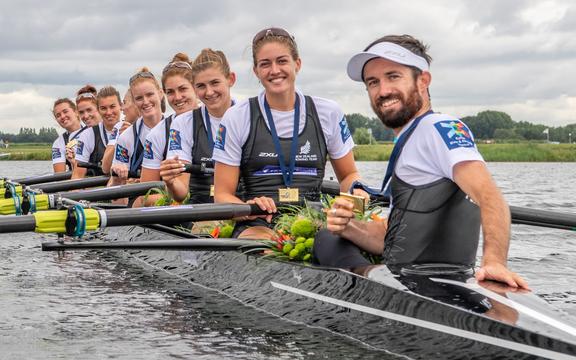 "Row to the Moon" follows a similar challenge between the four countries this month when participants were asked to row as far as they could in one minute on their indoor machines and record their total on line.

More than 2,300 rowers, ranging from Olympians to those who just row for the exercise, across the four countries took part in the One Minute challenge.

2019 World Champion in the New Zealand Women's Eight, Lucy Spoors is back training on the water but excited for the indoor event's launch: "The New Zealand women's sweep squad are relieved to be back training alongside each other at Lake Karapiro, but we have all enjoyed the camaraderie that arose across our sport internationally throughout our respective lockdowns. We're excited to once again take part in an event alongside not only our domestic rowing community, but also our competitors and the international rowing community.'' 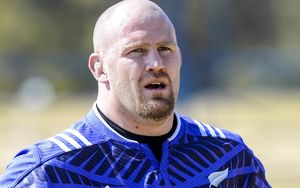 The 36 year old headed north after the 2015 World Cup and played for London Irish before playing the last two years at Northampton Saints.

Delaney was appointed Scarlets head coach when Brad Mooar got the All Blacks assistant coaching position.

Formula One says the UK government's quarantine plans would rule out a British Grand Prix and affect tens of thousands of F1-related jobs if exemptions are not granted for sport. 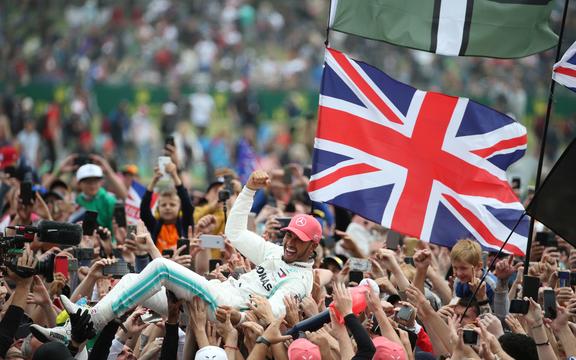 Ministers have said they plan a 14-day quarantine for most people arriving in the country in the coming weeks to try to prevent a second peak in the Covid-19 pandemic.

Formula One is planning two grands prix without spectators at Silverstone, which this year marks the 70th anniversary of hosting the first world championship race, immediately after two in Austria in early July.

"A 14-day quarantine would make it impossible to have a British Grand Prix this year," a Formula One spokesman said.

Seven of the 10 Formula One teams are based in England and plans for the season, which has yet to start due to the pandemic, would be disrupted by teams being forced into two weeks' quarantine every time they return from abroad.

Formula One plans to hold the Austrian races within a controlled 'bubble', with all team members tested repeatedly for the virus, travelling on charter flights and avoiding contact with anyone outside the paddock.

Austria is one of Europe's least affected countries by COVID-19 but everyone going on to Silverstone would be similarly isolated.

Real Madrid, Bayern Munich and Inter Milan have announced a mini tournament called the 'European Solidarity Cup - Football for Heroes', to raise funds for health care resources in Italy and Spain which have been depleted by the Covid-19 pandemic.

In separate statements, the clubs announced that the matches would take place at each of their stadiums and would raise money for boosting healthcare resources in Italy and Spain, but not in Germany.

Italy is the second-worst affected country in Europe behind Britain by the coronavirus, with a death toll of more than 32,000. Spain is the third-worst affected, with over 27,000 people dying from the virus.

Last Saturday, the Bundesliga became the first major football league in Europe to resume action after the virus paralysed world sport in March.

Bayern will host Real at the Allianz Arena in Munich, Real will play against Inter at their Santiago Bernabeu stadium, while Inter would host Bayern at the San Siro.

The three clubs added that healthcare professionals who have fought against the pandemic would be invited to the matches, which will take place when it is safe for supporters to return to stadiums without risk of being infected by the virus.

Samoa's rugby sevens coach Gordon Tietjens says he will not seek to renew his contract when it expires in August due to the uncertainty hanging over the international circuit from the Covid-19 pandemic.

World Rugby suspended both the men's and women's global rugby sevens circuits in March as governments closed borders, imposed travel bans and restricted large gatherings to try to limit the spread of the novel coronavirus.

The postponement of the Tokyo Olympics until 2021 was also a factor in the decision, Tietjens said.

"With so much uncertainty ... the best solution moving forward would be to step down and allow Samoa Rugby to plan for the future," Tietjens, a long time All Blacks sevens coach, said in a statement.

The 64-year-old stepped down from the All Blacks sevens role after the side, one of the favourites for gold, finished fifth at the 2016 Rio Olympics. He started working with Samoa later that year.

Tietjens guided New Zealand to 12 World Series crowns, four Commonwealth Games gold medals and two World Cup titles during his 22-year tenure with the team, and was inducted into World Rugby's Hall of Fame in 2012.

Boks raising funds for those in need

South Africa's Rugby World Cup winning squad are using the score from last year's final in Japan to launch a campaign to feed people left destitute by the impact of the Covid-19 crisis. 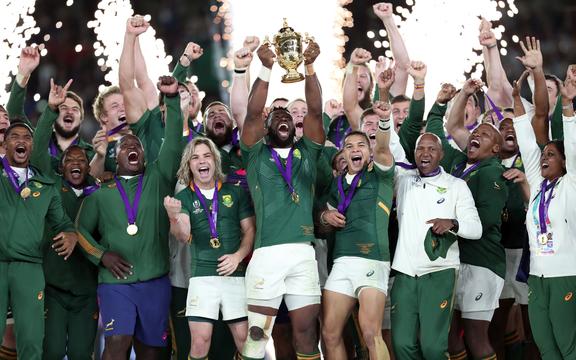 The Springboks beat England 32-12 in last November's final to win the World Cup for a third time and many of their top players have already launched their own initiatives to collect food for the hungry, notably captain Siya Kolisi.

In return, those who buy tickets have a chance to win a host of memorabilia from the tournament donated by the players -- a total of 44 prizes (32 + 12).

South Africa has enforced one of strictest lockdowns which has taken a heavy toll on the economy, already in recession before Covid-19 struck, and increased daily hardships for millions of poor.