The Crusaders may not get the chance to defend their Super Rugby title in 2020 but the team have been boosted by the return of All Blacks veteran Sam Whitelock for New Zealand's domestic competition starting next month. 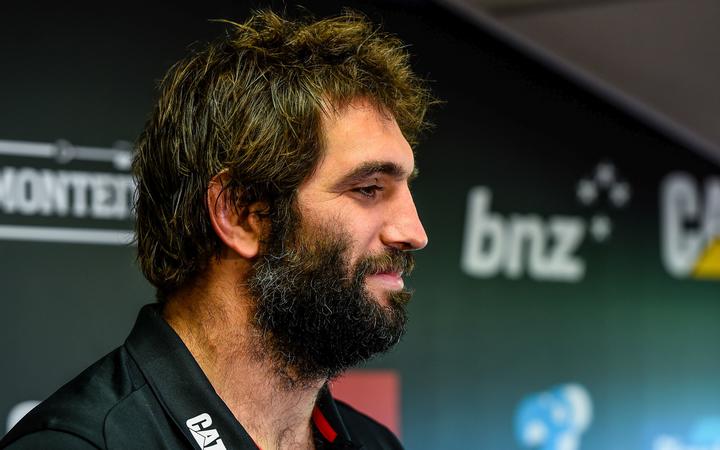 Whitelock had planned to skip Super Rugby this year while enjoying a playing stint in Japan but the Covid-19 pandemic has forced the 31-year-old lock home to New Zealand.

Crusaders coach Scott Robertson said Whitelock had been given the green light to play in the hastily arranged 'Aotearoa' competition, which will see the country's five Super Rugby teams play each other over 10 weeks from mid-June.

Super Rugby was suspended after seven rounds in March due to the novel coronavirus outbreak and may not be able to resume in 2020 due to travel curbs and border controls.

"Sam's available to play - it's great to have him back," Robertson said.

New Zealand's domestic competition will have no bearing on Super Rugby but will give sports-deprived fans a chance to watch rugby on television if not at the stadiums.

Robertson said it would be an adjustment for his team to get used to playing without spectators in the terraces.

"It's like anything. If you have a plan you can deal with it, deal with the uniqueness.

"You have to create your own atmosphere on the field, create that intensity, we've got a lot of experienced guys who can.

"There are different ways we can add this into our first few weeks. We'll ask the players what they need."

Robertson said he would like to coach in a trial match between All Blacks squad players which has been floated in the absence of any test rugby for the foreseeable future.

Robertson, who lost out to Ian Foster in the race for the All Blacks head coach job, added that he would also like to be involved in a separate mooted fixture between North Island and South Island players, though his loyalties would be tested.

"I was brought up at Mt Maunganui, my first season was with Bay of Plenty at 19," said Robertson, who has coached the South Island's Crusaders to three successive Super Rugby titles.

"That puts me up in the north, which makes me feel a bit uncomfortable."