New Zealand surfer Billy Stairmand was one of the few Olympic athletes that didn't mind self-isolating while the country was in lockdown. 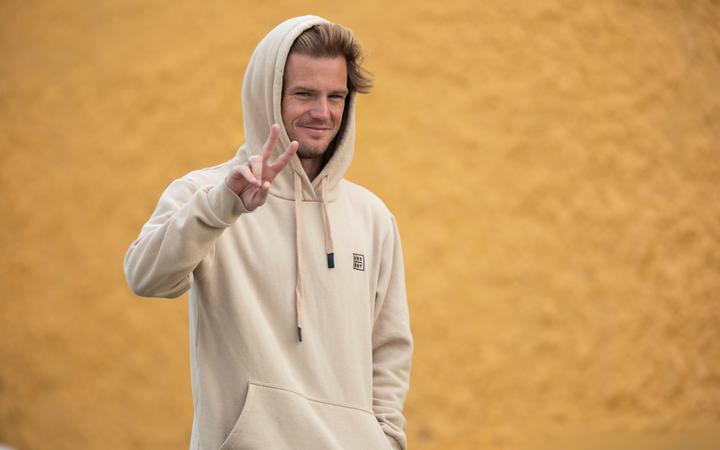 Stairmand is one of two New Zealand surfers who has a provisional qualification for when surfing debuts at the Olympics.

The Raglan boardrider suffered a grade three MCL strain in his knee while competing in Australia two months ago and so wasn't too upset when the country was told to stay at home.

The 30-year-old says being confined to the land hasn't affected him too much.

"I've been very active training a lot sitting on an exercise bike to get the knee going, but you've got to work through some barriers physically and mentally when you work out so it's really good for me.

"I've tried some new stuff every day, I'm trying to learn guitar, I've got stuck into the garden and I like cooking as well so I've really enjoyed some quality time with my wife at home and we've got a really good routine and I'm fit and healthy so my mental state is really strong at the moment and ready for the next chapter."

Stairmand hit the world stage in 2011 when he beat American surfing legend Kelly Slater in a heat of an event in Australia.

The seven-time national champion is currently ranked 36 in the World Surf League, which is now on hold, and gained a provisional qualifying spot for the Tokyo Olympics, now scheduled for 2021.

Stairmand's main priority in 2020 was the Olympics and this time of the year he would normally be overseas competing.

"We kind of follow the summer and normally I'd been in Indonesia right now then I would have headed to South Africa before the Olympics in July.

"So it was going to be a super busy winter for me, but obviously everything has either been postponed or put on hold, so it's up in the air and so I'm just preparing myself for whenever it does return because I'm missing it."

Surfers were able to return to the ocean earlier this week when the country moved to Alert Level Three, but because of his injury Stairmand remains sidelined, but he did venture down to the beach to check out the break.

Stairmand has been exercising with weights at home and is in regular online contact with his physio. 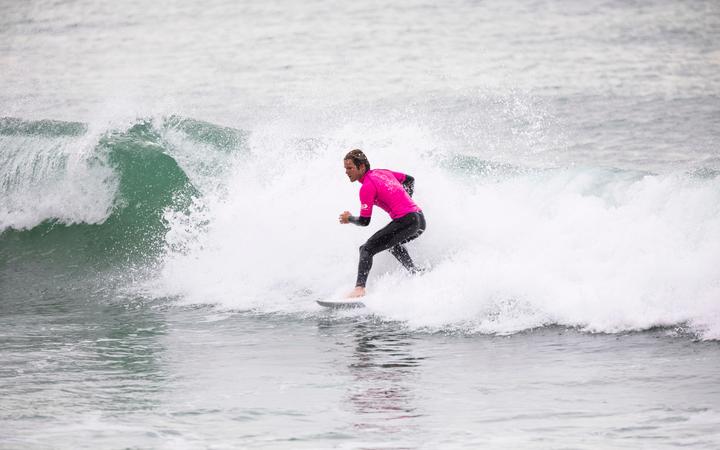 While he feels he's quite self sufficient at home he also likes to train as much as possible on the water and he hopes to be able to do that in a couple of weeks.

A number of New Zealand winter events have been called off because of Covid-19, but Stairmand is hopeful that when the all-clear is given in New Zealand, some of the competitions will return.

That would allow him to compete at home, at this time of the year, for the first time in many years.

Stairmand says while it will be cold surfing a New Zealand winter it does provide a good swell, especially on the west coast.

"I'd love to start competing again in New Zealand and get a bit of practice before we start travelling again but I guess we'll soon find out."

"A lot of storms come through between Australia and New Zealand and obviously at Raglan we cop a lot of the swell and the wind which is a good thing as it provides some reliable waves,"

Stairmand said he's just trying to stay positive with whatever this year throws at him.

"Previously I didn't train too often in the gym, I always thought more practice in the surf made perfect and so I'd try and surf as much as I could, but in the last 12 months I've worked more on my mind and my body.

"So I'll continue to work out at home at least four times a week and when I'm able to surf again I'll surf as much as I can, do some more video work with friends and learn from that and use this time wisely."