The Warriors are still awaiting permission from the Australian government to travel across the Tasman, less than a week out from their scheduled departure. 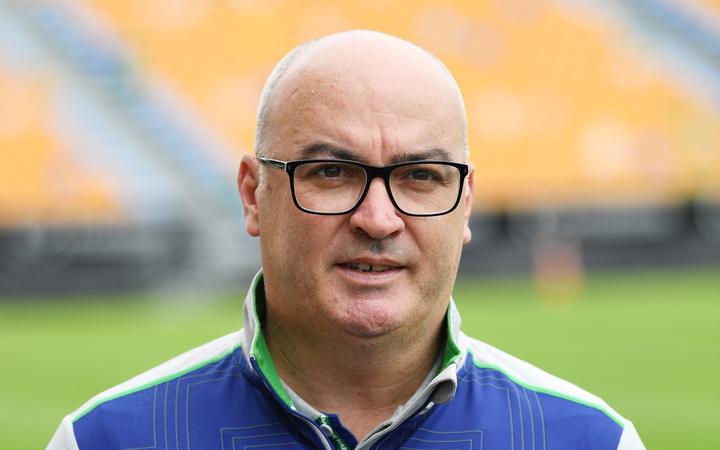 The club has applied for an exemption to fly to New South Wales this Sunday and train in isolation for a fortnight before joining the rescheduled NRL season.

Warriors chief executive Cameron George said they would not be leaving New Zealand until they knew full details of the revamped NRL competition.

"So there's still a lot of water to flow under the bridge for us in the next seven days," George told Channel Nine's Sunday Football Show.

"I've guaranteed the players no one gets on the plane until we have information about what the competition looks like. Most importantly for these guys is to understand the risk versus reward. That comes back to the players' remuneration.

"So those discussions are going to clearly fall out of the back of any broadcast deals that are done in the days coming up."

The NRL and broadcast partners Nine and Foxtel have agreed to start games on 28 May but the number of rounds has yet to be determined.

The Warriors are planning to leave Auckland on Sunday so they can begin training the following day, in line with the other 15 NRL clubs.

The squad will also need to be placed in full isolation for two weeks in line with the Australian government's quarantine rules on international travellers.

"As of now we haven't had any exemption applied to us so today being Sunday we're still waiting to hear back from the NRL and the federal government of Australia whether we can leave next week or not," George said.

"And whatever the call will be we'll certainly respect it."

George said all players and staff knew they could be away from home for some time but were all in agreement they wanted to be part of the competition.

"The playing group are certainly collective in their position. They stand as one and are all in agreement that we need to go to Australia next week for an indefinite period, with the families coming at a later date," referring to when border controls would be lifted between Australia and New Zealand.

George said he would bring a full playing squad and full complement of football department staff. The location of their camp was still uncertain.

"At this stage we're talking about Lennox Head but we're still in the hands of the state government as well the federal government about all those approvals.

"Our players are prepared to go to wherever they have to for the lock-down and prepare for the competition.

"But we are yet to finalise that so there's things to find out over the next seven days on whether or not we come to Australia. Sure as hell, we're fighting to get there as best we can."