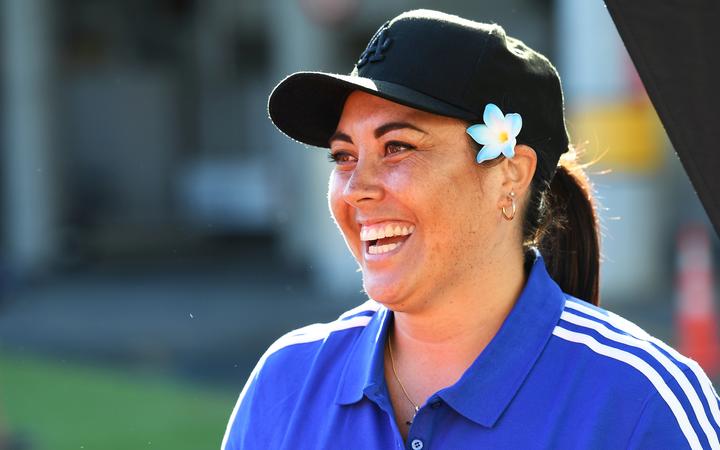 Sarai Bareman said it is important not to lose the great momentum that elite women's football has had in the last few years. Photo: Photosport

Fifa's chief women's football officer, New Zealander Sarai Bareman, has worked to increase participation numbers around the world and enhance the commercial value of women's football, but she said some of this success could be lost as the world deals with the fall out from the pandemic.

Speaking online to Women in Sport Aotearoa from her base in Switzerland, Bareman said because elite women's football is in its infancy it is in danger of being overlooked in a post Covid-19 landscape.

"There's certainly some concerns around ensuring the great momentum that we've achieved, particularly in the last few years and off the back of the Women's World Cup, we don't take steps backwards to lose that momentum."

Bareman has to battle historical mindsets around funding and she said some women's tournaments that could not be played due to the pandemic had been bumped for the men's game.

"Unfortunately it is something that I see, it has already happened in a few cases and a lot of that is based on economics."

However, Bareman will not let go of money meant for the women's game easily.

Bareman was adamant that money assigned to women's football should remain that way, rather than be reallocated to prop up men's competitions.

"My main goal is to ensure that money funding and resources that should be earmarked for women's football remains with the women's game and that it is not falling to the wayside particularly as we come out of this situation."

The gulf between the haves and have-nots in women's football could widen during this time and Bareman said that was worrying for Fifa.

As women's football was becoming more of a commercial product, Bareman said the disparities between countries were clearer.

"Obviously we want to see competitive matches at the highest level and the widening gap in performance - which was quite evident at the Women's World Cup last year - is something that we want to obviously close."

While football globally is on standby, for elite performers and the more developing countries, Bareman saw an opportunity for Fifa to help provide some level of parity.

"I think the key is that those that are less resourced in terms of funding and in human resource, how do we support them coming out of this where the more resourced clubs, countries and leagues have more of a fund and more of a backup to dip into."

As the former chief executive of the Football Federation Samoa and deputy general secretary at the Oceania Football Confederation, Bareman was aware of the challenges facing developing football nations and she said that experience was something she often drew on as she helped guide global football into the future.