Staying connected to the outside world during the coronavirus lockdown can be tough and for hammer thrower Julia Ratcliffe it's her day job that's keeping her sane. 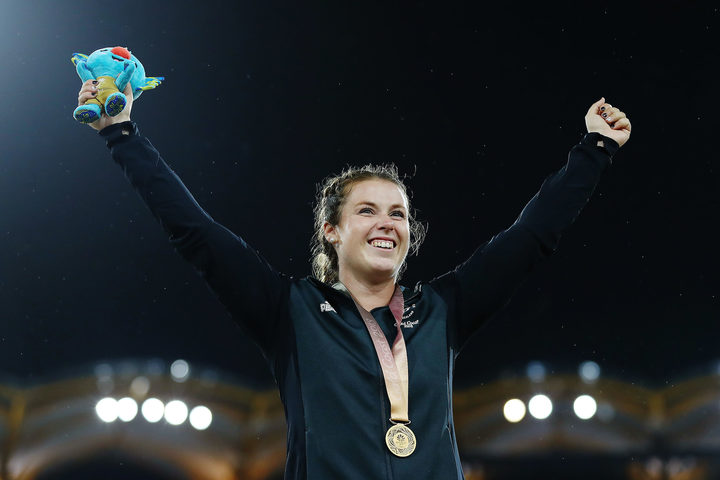 The 26-year-old Commonwealth Games gold medallist lives with her parents on their Waikato lifestyle block, with dad Dave her live-in coach.

"Every now and then rogue hammer will fly into the neighbour's place or take out a new bush that Mum has just planted. I've almost hit a cow on a couple of occasions."

Being able to train from home gives Ratcliffe an advantage over many athletes, with her routine mostly unaffected.

"Training wise I'm pretty lucky as I have a squat rack and some free weights in the garage and that's largely all I need.

"However, I do a lot of jumping training and I've had to find some interesting things to jump on to and off of, chairs and stools and fences and recycling bins and stuff like that. You won't catch me when mum finds the broken recycling bin, haha." 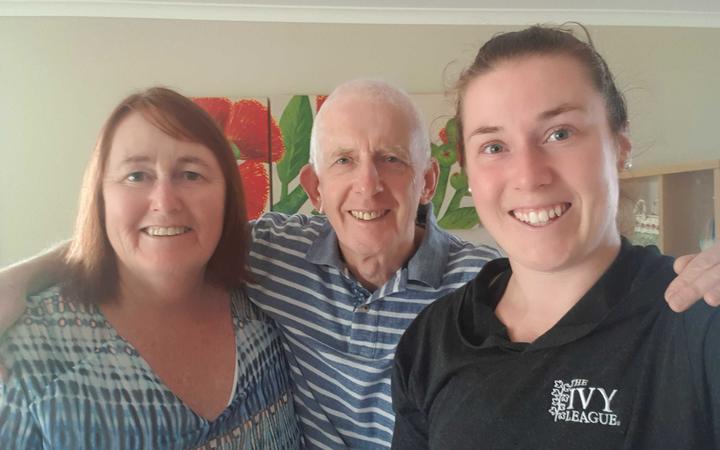 Ratcliffe says she is well aware of her good fortune.

"I'm in a really privileged position that it's largely business as usual, but things like not being able to have access to a physio is something I've had to consider because I was getting pretty regular physio treatment.

"You have to be really careful because if you pick up any injury you won't be able to get any help."

"There's not a lot of money in hammer throwing anyway," she says with a laugh.

"I've checked in with my local sponsors, just to make sure they can continue supporting me through this time. I don't want to be putting undue pressure on them especially if the business is drying up. But they've all come back and said we're behind you 100 percent and I've still got my job which I'm really thankful for."

Ratcliffe said many sports men and women are watching their livelihoods disappear.

"I know some athletes in the United States who've had to file for unemployment. Their prize money has dried up, their contracts with Nike etc have dried up, so some people are doing it really tough."

One might wonder how a 26-year-old is getting on with just her parents in her bubble?

"It's going pretty well actually, got Sue and Dave, mum and dad. Obviously Dad coaches me so I have my coach living in which is a huge advantage, seeing my coach in person rather than over a video chat or whatever.

"Dad is very proud of his property and mows the lawns at least once a week. People really seem to like the videos I put up on social media of Dave mowing the lawns. I get quite a few angry messages if I miss a 'Mow day" post, haha."

However, Ratcliffe has found it hard watching her friends and whanau struggle during the lockdown.

"I genuinely feel quite bad how little things have changed for me. I'm still working from home and training from home, but some people's lives have genuinely fallen apart. I have a friend whose grandfather died and they couldn't go to the funeral. My sister is stuck in the UK and has been living in isolation in an apartment by herself. It's been hard watching her go through that, but she's managed to get to some family now so we're all very relieved.

"It's really, really hard to see friends and family going through stuff like that. I do what I can to reach out and support those people and I feel like I am helping out New Zealand in a way by working at the Reserve Bank."

It's that work that Ratcliffe says is keeping her sane.

The national hammer throw champion is an economics graduate from American Ivy League University, Princeton, and works from home as an analyst at the Reserve Bank.

"I find for me personally that if I train fulltime and don't do anything else, I just go mentally stir crazy. I need to feel connected to something else outside of athletics, especially because hammer throw is an individual sport. You can feel a bit useless as an athlete during these times, so having my job keeps me connected, makes me feel like I'm contributing to society and not just training. 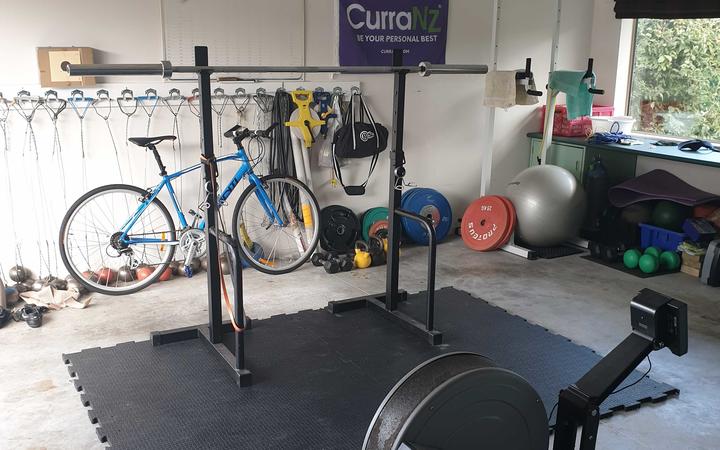 "Stuff at work has taken off at the Reserve Bank, and it's cool to be able to help out the team where I can. It's definitely taken my mind off things, just having something really fast paced going on, when the athletics has slowed down all of sudden. That's been really great for me mentally."

After missing out on Rio 2016 Ratcliffe is as motivated as ever to qualify for the Tokyo Olympics, despite the Games being postponed until July 2021.

Ratcliffe set a New Zealand and Oceania record with a heave of 72.35m at the Potts Classic in February, just 15cm short of the Olympic qualifying mark.

She now has an extra year to find that extra distance.